The creators of the application Viber to whom about 800 million people in the world use call Talmon Marko and Igor Magazinnik. Both of them are citizens of Israel, but Magazinnik has also second citizenship – Belarusian. In January, 2017 at opening of the Belarusian-Egyptian business forum in the capital of Egypt Cairo the president of Republic of Belarus Alexander Lukashenko told about activity of the state in the field of high technologies, reported Telegraf.by. And in particular designated that that the popular Viber messenger is the Belarusian development. One of Viber development centers is located in Minsk and registered as the resident Parka of high technologies. The owner of Viber Media since 2014 is the Japanese giant Rakuten, and the headquarters of the company is located in Luxembourg, it has development points in Belarus and Israel.

The Viber company is service for exchange of text, voice and video messages which people around the world use for communication. Free of charge. Users can send free text messages, ridiculous stickers, a photo, video and dudla, to share location, to make free calls in HD quality and to communicate with the Push-To-Talk function help.

As one of creators of Viber, Talmon Marko, is a native of Israel, the messenger had problems in the markets of Egypt and Lebanon. The Egyptian authorities prohibited military personnel and their families to use the messenger as they consider it the espionage application. The main provider 3G in Lebanon in general expelled Viber from network. It did not reduce its popularity – the Arab websites hang out detailed instructions how to bypass bans.

In December, 2018 administration of Viber, summing up the results of the expiring year, announced increase in number of users of the messenger up to 1 billion. So many people are registered in service which in 2018 was 8 years old.

Thus, Viber was required 8 years on overcoming a mark of 1 billion participants. For comparison, this boundary obeyed WhatsApp in 7 years — the billion audience was recorded in February, 2016, and the service earned at the beginning of the 2009th. 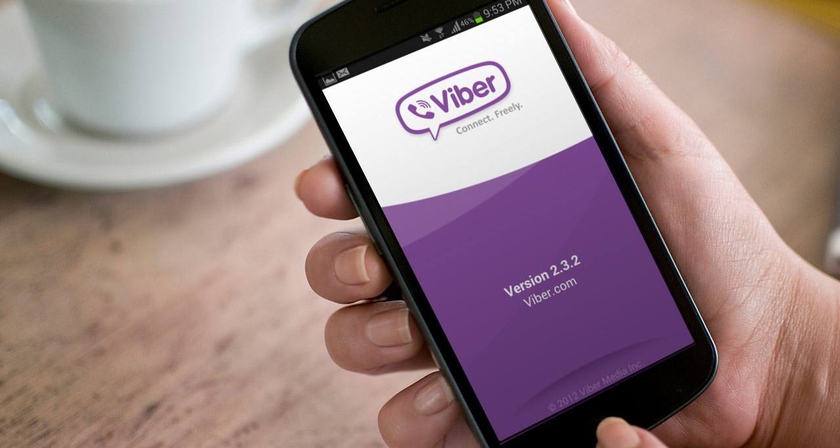 The audience of Viber reached 1 billion users in 8 years

It is noted that in 2018 Viber became more convenient in use, more functionally and more safely. So, several new features, such as groups with an unlimited number of users, the built-in translator of messages from any language and also an opportunity to share a geoposition thanks to cooperation with service "Yandex. Maps. were started

Added the additional protocol of protection of the most young users aged from 13 years (the minimum age of use of the application) up to 16 years to Viber. Their names and avatars are not shown in chat-bots and communities, their data cannot be used for advertizing.

All calls and messages in the Viber messenger are protected by means of end-to-end enciphering, and nobody, except participants of communication, can get access to them. Viber does not copy the message and does not store information on the servers. If the sender decides to delete the sent message, that it is erased also on all devices.

Besides, in the message of Viber it is expressed support of advanced functionality for gain of privacy. It is about the hidden chats with access by the password, confidential correspondences with a possibility of sending the self-destroyed messages and also about settings of the online status which allow to hide from others presence at network.[1]

In July, 2017 it became known that the Viber messenger intends to open representation in Russia. Lawyers of the company already study the local legislation to understand how it is better to register office. In the nearest future the management should decide on it finally. The CEO of Dzhamel Agaua company (Djamel Agaoua) who held the post in February, 2017 reported about it to RNS news agency. The shareholder already approved opening of representation of Viber in Russia[2].

Does not undertake to determine final terms of opening of representation of Agaua. According to him, Viber intends to meet all standards which are set in Russia for messengers. "You understand, we from anybody do not hide. But so far early to speak about terms" — cites his words RNS.

As of fall of 2017 in Russia the audience of Viber totals 82 million people.

2015: Viber moved servers to  the territory of Russia

On October 19, 2015 it became known of that, the service of instant messaging Viber transferred the servers on which data of the Russian users, on the territory of the Russian Federation are stored. Thus, the company executed the law prohibiting to store and process data of Russians abroad. You watch Service of instant exchange of the message in the questionnaire of Viber Out in more detail.