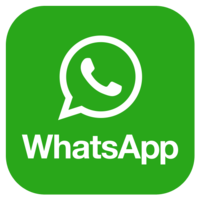 Key product of the company is the WhatsApp Messenger messenger.

The cofounder of WhatsApp told about the reasons of leaving Facebook

On September 26, 2018 Brian Ekton in a conversation with the journalist of Forbes told about the reasons the reasons of the leaving Facebook. This first interview of the cofounder of WhatsApp after dismissal. The different view of Ekton and management of Facebook on the advertizing policy of the company became a stumbling block, according to him. Read more here.

In June, 2018 it became known that founders of WhatsApp Jan Kum (Jan Koum) and Brian Acton left Facebook, having refused remuneration in the amount of $1.3 billion. Details of the conflict with the founder and the CEO of Facebook Mark Zuckerberg are given by the The Wall Street Journal (WSJ) edition with reference to the informed sources.

According to them, conditions of labor contracts provided that Jan Kum and Brian Ekton should finish in Facebook till November, 2018, and otherwise they lose payment of actions. Kum left the company in May, 2018 and Ekton lost $400 million left Facebook in September, 2017 and did not get thereby about $900 million. 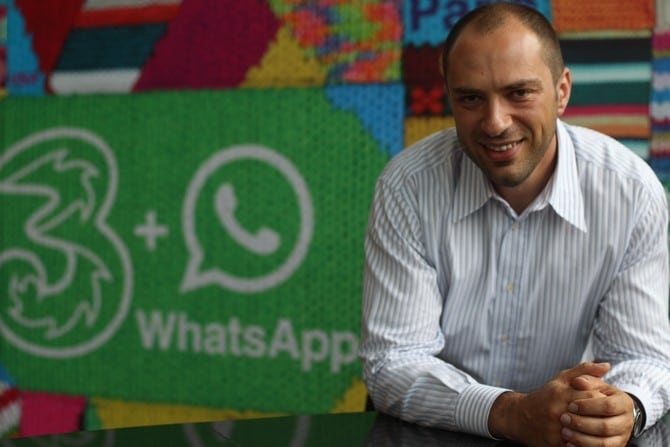 Facebook purchased WhatsApp for $22 billion in 2014, and in the 2016th the conflict between cofounders of the messenger and Mark Zuckerberg began. The matter is that Qom and Acton, being supporters of confidentiality, were dissatisfied with a business model of Facebook constructed on advertizing sale. In particular, the discontent was directed to the following: Supported as Facebook using information which users, for further demonstration of targeted advertisements by it exchange.

Mark Zuckerberg assured founders of WhatsApp that the company is not going to place advertizing in the messenger. In their contract there was a separate point from which followed that Qom and Ekton can leave and earn all put rewards in the form of stocks of Facebook before term if the company insists on "additional initiatives in the field of monetization". Facebook complained about too small earnings in WhatsApp and the fact that creators of WhatsApp delayed decision making about introduction in the messenger of new features which could help monetization of service.

One of interlocutors of WSJ described the atmosphere in the company as "very passive and aggressive". Non-management employees clashed too: according to sources, those who worked in Facebook did not suit that their new colleagues use privileges, such as big tables or comfortable bathrooms. Besides, meeting rooms of WhatsApp were unavailable to the staff of Facebook.


In January, 2017 the WhatsApp command from 200 people moved from Mountain View to Facebook headquarters to Menlo Park. Some employees of the messenger were irritated by a noisy campus of Facebook with a set of restaurants and shops. They even pasted over office with the posters "Please, Save the Noise Floor". After that the staff of Facebook thought up a comic phrase of Welcome to WhatsApp — Shut up! ("Welcome to WhatsApp — shut up!").

Nevertheless, as told sources of WSJ, founders of WhatsApp did not get into open conflict with Zuckerberg and decided that they are interested in preserving of the normal relations with the management of Facebook.

After Jan Kum and Brian Ekton left Facebook, one of top managers of social network Chris Daniels began to direct WhatsApp service. According to WSJ, the task of search of the business model allowing to increase income to the level which would correspond to the amount paid Facebook for the messenger was set for the new head of WhatsApp. At the same time Daniels should not cause damage to functionality of WhatsApp which do service popular among 1.5 billion users.[1]

The French organization for privacy protection of data of CNIL (Commission nationale de l'informatique et des libertés) obliged[2] stop data transmission of users of parent company Facebook. According to the statement published on the website of the organization, service month on fulfillment of requirements[3] is provided[4].

The matter was for the first time brought up last year after WhatsApp added to the user agreement point about data exchange with Facebook for development of target advertizing, security and collection of information for a business intelligence.

According to the statement of CNIL if intention of WhatsApp to improve security measures can be considered reasonable, then data collection for a business intelligence causes a number of claims. In particular, WhatsApp does not notify users on data collection and this function cannot be turned off. "It breaks fundamental freedoms of users", - noted in CNIL.

On September 25, 2017 it became known of blocking of WhatsApp in China. It is the next step of Beijing on gain of online shadowing in the run-up to the meeting of the Communist Party.

According to the The New York Times newspaper (NYT), from the middle of July, 2017 for many users of WhatsApp in Celestial Empire stopped being some functions of the application, including video chats and sending files are available. 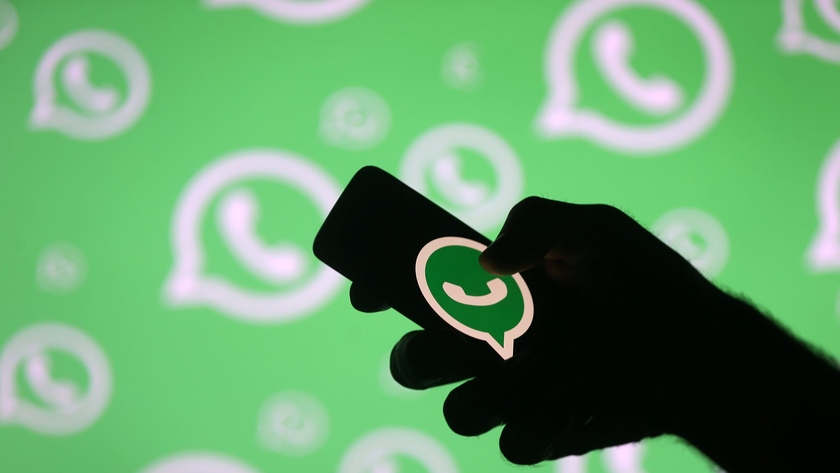 The specialist in Internet communications of the University of Hong Kong Lokman Tsui told the edition that serious problems in work of WhatsApp began on Sunday, September 24. Next day in WhatsApp the possibility of sending messages to the Chinese users was blocked. At the same time Lokman Tsui noted that there is a probability that some users can still use the messenger.

According to the specialist in cryptography of the French research company Symbolic Software Nadim Kobeissi, blocking of text messages of WhatsApp can demonstrate that the Chinese censors developed the special software which could cope with the technology of data encryption used by the messenger.


WhatsApp remained the last service Facebook which remained available in continental China. The social network was blocked in the country in 2009.  The same fate comprehended also a photohosting of Instagram.

NYT notes that gain of censorship became especially noticeable before the XIX congress of the Communist Party of China which is planned for October 18, 2017. In the country access to social networks, uncontrollable by the government is blocked. The majority is forced to use the WeChat messenger which officially transfers to the authorities personal data of users.

Since 2003 in China the Gold Board system (in the west of it call "A great Chinese fayervol"), which filters access for users to the websites and Internet services works. Pages with antistate or "sensitive" materials and also uncontrollable by the government of the People's Republic of China social networks and content connected with gamblings usually are subject to blocking.[5]

WhatsApp does not protect users from the state

Electronic Frontier Foundation studied work of 26 Internet companies: as they cooperate with state bodies and what data provide. WhatsApp received the lowest mark.

The EFF organization is engaged in protection of the "electronic" rights of citizens. Annually she estimates work of the largest Internet companies and makes some kind of anti-rating: who most worse protects the clients from the state. By drawing up the last rating they studied activity of 26 companies for 2016.

According to the results of a research: the companies Adobe Dropbox, Lyft, Wordpress also Uber follow all rules of protection of users against illegal access to personal data, reports RBC.

The WhatsApp messenger got only two points from five possible. The company does not inform users on cooperation with the state and does not guarantee protection against data access.

Experts estimate the companies by several criteria: transparency of cooperation of the company and state; prohibition on transfer of personal data to the third parties; check of legality of confidential requests from intelligence agencies of the USA and other indicators. In total the company can receive up to five points.

The European Commission found Facebook guilty in information hiding during purchase of the WhatsApp messenger in 2014 and[6] imposed on social network a fine of 110 million euros[7].

In 2014, said in the solution of the regulator, Facebook specified in documents for approval of the transaction on purchase of WhatsApp that will automatically not integrate accounts of users of social networks and the messenger. However two years later after purchase it was made.

Facebook threatened a penalty at the rate to 1 percent from an annual turnover — to 276 million dollars, proceeding from the reporting of the company for 2016. However the social network actively cooperated with the regulator, and the size of a penalty was reduced, the European Commission announced.

The European Commission called a fine of 110 million euros "proportional".

On February 19, 2014 Facebook announced acquisition of WhatsApp paid $4 billion for $19 billion Facebook in cash and transferred own actions to the amount ~ $12 billion[8].

The agreement provides share transfer with restrictions for the amount of $3 billion to founders and employees of WhatsApp within 4 years after closing of the transaction.

In WhatsApp at the time of the transaction there were only 55 workers.

2009: The ex-staff of Yahoo creates the company

WhatsApp Inc. it is created in 2009 in Mountain View, the USA. WhatsApp was created by developers Jan Kum and Brian Ekton. Earlier they worked in total 20 years in Yahoo! company. WhatsApp is a word play from the English combination of What's Up ("How are you doing?")