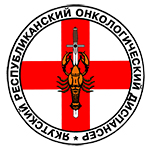 The bed fund of "The Yakut republican oncological clinic" makes 120 round-the-clock beds, including 85 oncological and 35 radiological, 17 beds of day stay of patients. In structure of a clinic of 4 stationary departments, polyclinic department on 144 visits per shift, department of radiodiagnosis, kliniko-diagnostic laboratory, cytologic laboratory, an endoscopic office, organizational and methodical department.

2017: Approbation of a method of radio-frequency ablation in treatment of cancer patients

In Yakutsk a republican oncological clinic the method of radio-frequency ablation in surgical treatment of cancer patients was tested on October 18, 2017. Approbation of a method took place using the device Cool tip-E.[1] 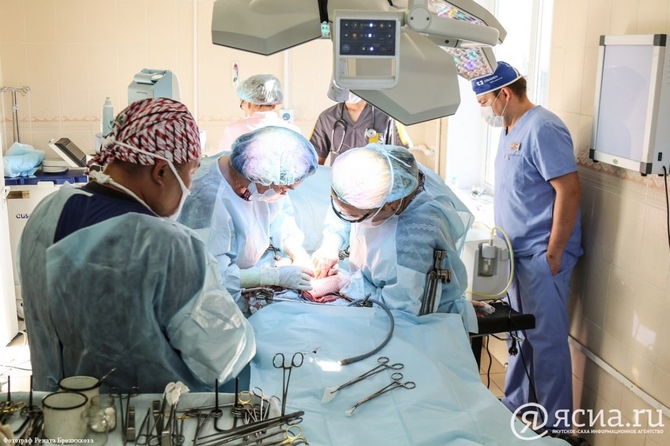 The master class for the Yakut surgeons-oncologists in application of a method of radio-frequency ablation was held by the candidate of medical sciences, the senior specialist on clinical support of Medtronic company Vadim Vishnevsky (Moscow). During surgical intervention at the patient with cancer of a thick gut metastases in a liver were deleted. On the operating table to the patient using radio-frequency ablation influenced a tumor in a liver.

As Vadim Vishnevsky, radio-frequency ablation — quite popular method of treatment applied in oncology told. Ablation is transferred from Latin as removal, but when using this device which is brought on a fact-finding master class to Yakutsk, the tumor is not removed, the doctor explained. Using specific needle tools current is entered into the tumor center. At the same time the fabrics affected with a disease heat up and burned out. The received dead fabric (coagulate) will be organized later in a hem. Intervention is made through operational wounds, laparoscopically or through skin.

Radio-frequency ablation — the treatment method relating to discharge of interstitial thermotherapy. Differs from other methods in good tolerance, small quantity of complications, good survival of patients to which radical surgical treatment is not shown. It is used at tumors of a liver, lungs, kidneys, mammary glands, bones, adrenal glands, a thyroid gland, etc. Provides fast treatment of tumors to 5-7 cm in the diameter. 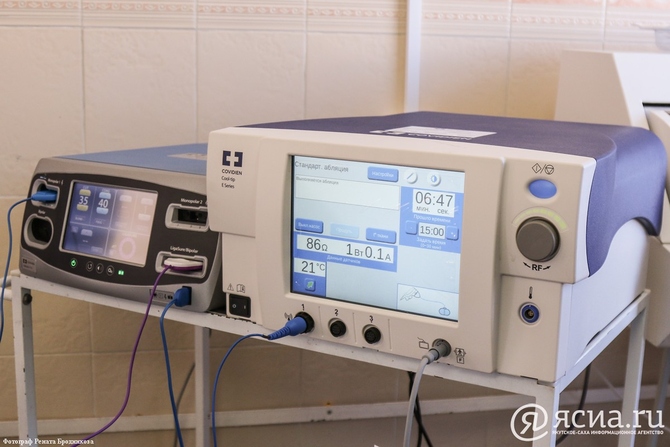 According to doctors, it is quite possible that by 2019 in Republican oncology dispensary the RF device will appear, and it will be already possible to perform hi-tech radio-frequency operations.