The American corporation Zimmer is engaged in development and production for orthopedics and traumatology.

2020: The statement for the rejected time prostheses of a knee joint after release of 230 thousand devices

In the middle of March, 2020 the Zimmer Biomet company warned users about the undesirable phenomena which can arise when using disposable forms for cement speyser of StageOne and StageOne Select because of insufficient cleaning and inadequate monitoring. Read more here.

2019: Sale of the equipment in hospitals through bribes

In the middle of October, 2019 the Federal Court of Appeal of Brazil once again considered case of bribery of the third parties extending the Zimmer Biomet equipment in hospitals thanks to bribery of chief physicians. One of former employees of Zimmer Biomet, Alejandro Yeatts, accused the company of slander for the fact that that made him responsible on the case of bribery, however the court rejected his statement.

In 2008 Biomet found out that her distributor in Brazil, Sergio Galindo, bribes hospitals for distribution of products. According to court documents, the company broke off the relations with Galindo and his partners, including the business manager in South America Alejandro Yeats. However Galindo firm still owned documents for sale of products of Biomet in Brazil and demanded from the company of the conclusion of the new transaction. Biomet refused to Galindo and employed new distributors, but they continued to interact directly or indirectly with the people involved in the case of bribery including with Galindo and Yeats.

In 2012 and 2015 of Biomet paid more than $52 million for violations of the law about corruption abroad as a result of large-scale investigation during which the Ministry of Justice asked producers of the medical equipment to estimate the foreign channels regarding signs of bribery. Among other things Biomet dismissed Yeats and also added his name to "the list of persons which represent significant and unacceptable risks concerning regulatory requirements.

Yates filed a lawsuit against Biomet in October, 2016, claiming that the company slandered him. However the Federal Court of Appeal of Brazil decided that Yeats's inclusion in the list of unreliable persons was rather reasonable and is not subject to canceling through court.[1]

At the end of November, 2018 the former top manager of Zimmer Biomet told about hostile working environment and violations in the company. Read more here.

On October 18, 2018 the Apple corporation signed the partnership agreement with Zimmer Biomet to use corporate hours of Apple Watch for rehabilitation of the patients who transferred replacement of a coxofemoral or knee joint. Read more here.

Brian Hanson is the new CEO of Zimmer Biomet

In December, 2017 Russian "subsidiary" of Zimmer company was fined 1 million rubles for import to the territory of the Russian Federation of incorrectly packed  NexGen endoprosthesis component.

Roszdravnadzor from July to September, 2017 carried out an inspection during which it detected in five imported medical products "Leg Extender of NexGen (Neks Dzhen) Straight Line of 15.0x75 Mm" of production of the USA with a total cost of 29.9 thousand rubles lack of the instruction in Russian and also existence of the upgraded packaging which is not considered in the registration certificate of a product. 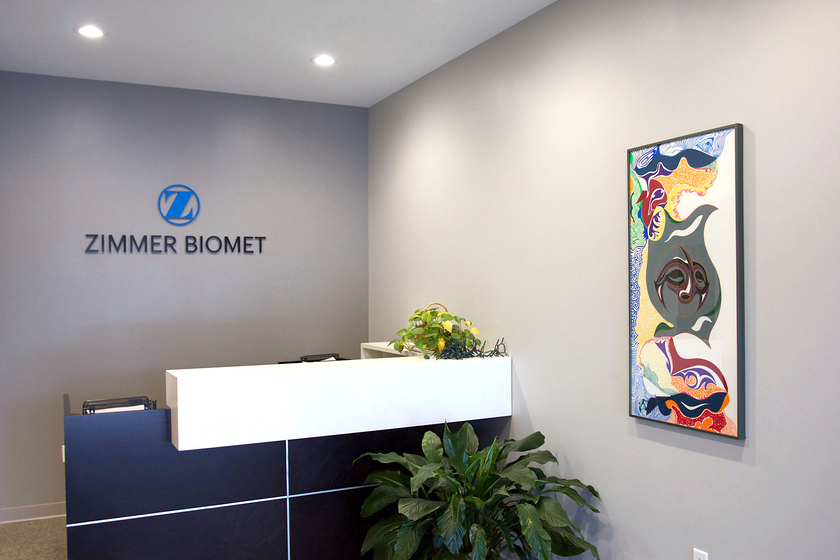 As a result the component of an endoprosthesis  NexGen on which a complaint was made, was recognized by Roszdravnadzor substandard, and concerning Zimmer SNG company  made the protocol on administrative offense under the article of Part 2 of Article 6.33 of the Code of the Russian Federation on Administrative Offences — "Address of the Counterfeited, Counterfeit, Substandard and Unregistered Medicines, Medical Products".

The arbitration court of Moscow decided to fine Zimmer for the amount of 1 million rubles.

In April, 2016 the Guild of producers of medical goods and services of the Moscow Chamber of Commerce and Industry (MCCI)  sent  the appeal to the Minister of Economic Development of the Russian Federation Alexey Ulyukaev of that time in whom it asked to correct urgently rules of counteraction to turnover of counterfeited, counterfeit and low-quality medical products and the equipment. Clinics are afraid that because of new regulations they will lose the working iatrotechnics and will be forced to compensate expenses on new devices due to increase in prices for meduslug.[2]

On April 24, 2014 it was announced that Zimmer agreed about purchase Biomet Inc digging. for $13.4 billion. In October of the same year antimonopoly structures of the EU began investigation concerning the transaction. On June 24, 2015 Zimmer closed the deal on merger of Biomet therefore the Zimmer Biomet Holdings was formed.