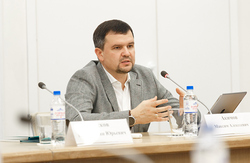 Akimov Maxim Alekseyevich was born on March 1, 1970 in the city of Maloyaroslavetsa of the Kaluga region.

Graduated from department of history of KGPU of Tsiolkovsky. Fulfilled 2 years the teacher of history at high school. Served in ranks of the Soviet army.

In 1994-1996 held a position of the company executive of Faynart-audit. Had professional training according to the Value Assessment of the Enterprise program.

1996: Start of work in administration of the Kaluga region

In 1996 Maxim Akimov was invited to public service. In 1996-1997 works as the chairman of the regional commission on security market of the Kaluga region;

In 1997-2001 associate director of department of economy and industry of the Kaluga region;

In 2001-2004 the First Deputy Chairman of the Committee of state property of the Kaluga region;

In 2004 Minister of Economic Development of the Kaluga region.

2007: Deputy governor of the Kaluga region

On May 22, 2012 it is appointed the Deputy Chief of the Russian Government Staff.

2013: The deputy commission chairman on implementation of IT in OGV

In April, 2013 the prime minister Russia Dmitry Medvedev signed the order about inclusion of the deputy manager of government office Maxim Akimov in structure the government commission on information technology implementation in authorities. Akimov takes a position of the vice-chairman of the commission.

Till this time the commission chairman on IT in state agencies Vladislav Surkov had one deputy – the Minister of Telecom and Mass Communications Nikolai Nikiforov Zamestitel[1].

2017: Head of a subcommittee of program implementation "Digital economy"

In August, 2017 the prime minister of the Russian Federation Dmitry Medvedev signed the order about creation in the Government of the Subcommittee on program implementation of "Digital economy". The first deputy chief of staff of the government Maxim Akimov headed the Subcommittee.[2]

Appointment as the Deputy Prime Minister for digital economy

On May 7, 2018 Dmitry Medvedev at a meeting with United Russia faction announced personnel offers on leadership team of the new government.

Maxim Akimov was appointed the Deputy Prime Minister responsible for digital economy, transport and communication, the deputy of the State Duma Natalya Kostenko reported in the Facebook.

On the same day the president Vladimir Putin who entered on the president's post for the fourth time issued the first decree in which, including, designated priorities of technology development of Russia till 2024. Read more here.

At the end of May there was a certificate of distribution of powers between Deputy Prime Ministers of the new government, the Kommersant newspaper writes[3]. According to the document, all questions of "the digital state", including state services, digitalization of a state administration are transferred to the jurisdiction of Maxim Akimov. The innovation institutes — from Skolkovo to technoparks also are transferred to its block).

At the same time practically the document on transfer of the draft of "the electronic passport" in the government from the law-enforcement sphere to the sphere of state services became the first resolution of the White House in new structure earlier, on May 22.

In comparison with the previous structure of the government, Maxim Akimov has more large powers. Before IT and communication one Deputy Prime Minister - Arkady Dvorkovich supervised, and the state administration was supervised by another - Sergey Prikhodko. Now all these spheres are concentrated in some hands.

Besides, in the Akimov's powers there was also all transport industry, including highways: earlier there were assumptions that they will be transferred to the "construction" Deputy Prime Minister Vitaly Mutko. In addition, Akimov will supervise real estate questions — apparently, connected with the inventory and registers of property which were under the authority of Igor Shuvalov earlier.

2019: Chairman of the supervisory board of the University Innopolis

Maxim Akimov is appointed the CEO of Russian Post. Such decision was made by Board of Directors of the company according to the results of the meeting which took place on February 4, 2020. Announced a source this TAdviser.

Also the head of Russian Post on February 4, 2020 announced the Akimov's appointment to TASS[4], RBC and IIA Russia Today with reference to the sources familiar with meeting results.

In the press service of Russian Post Maxim Akimov's appointment with the CEO of the company was officially confirmed on the same day. 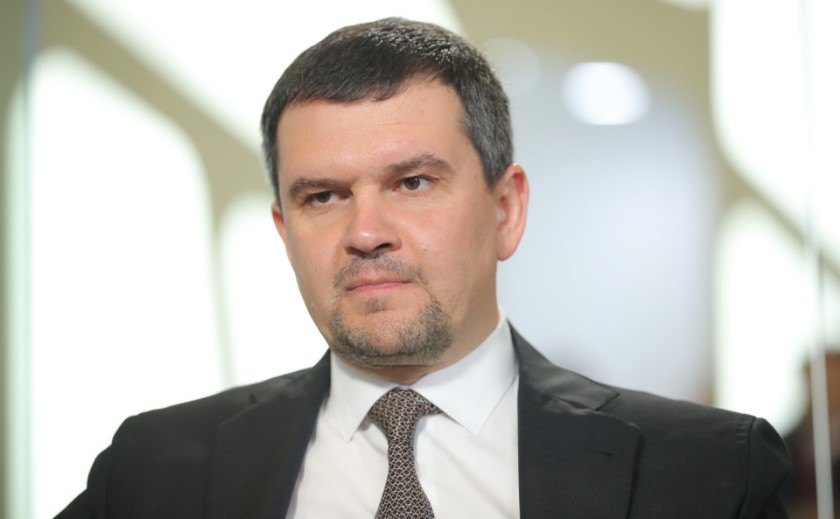 Maxim Akimov left the structure of Board of Directors which headed as under the charter of Russian Post the CEO cannot be at the same time a chairman of the board of directors, says a source of IIA Russia Today.

As Russian Post stated on January 30, 2020, according to the agenda at a meeting of the Board of Directors of the company the following questions had to be considered:

According to a source of IIA Russia Today, Maxim Akimov left the structure of Board of Directors which headed as under the charter of Russian Post the CEO cannot be a chairman of the board of directors at the same time. The government should create the structure of this council later. [5]

As reported TAdviser in the press service of the company, Maxim Akimov will begin the work as the CEO in Russian Post on February 5, 2020. On again held post as declare in the organization, it will continue large-scale transformation of Russian Post in the mail and logistic company. At the same time, under its management, in it digitalization of the main services for simplification of interaction of clients with the company will continue.

According to Akimov, Russian Post is faced by the major problems connected with conversion of a management system for significant increase in efficiency.

{{the quote|Realities of the modern world require transformation not only in a corporate structure, but also in a business model of the enterprise. Russian Post historically has the highest basic potential, but globalization, emergence of new online services, rapid growth of the involvement of people into the digital world put cardinally new calls before the company. The company needs to save the traditional list of services, having made them are more better, and at the same time to develop new types of services, competing for the modern consumer with the growing market of online services. Therefore we are aimed at creation of the highly effective national company of which we will be able to be proud not only in Russia, but also in international markets", - Maxim Akimov said.

The First Deputy CEO of the company, according to sources of RBC [6] and RIA Novosti, there was Nikolay Podguzov. Formally Podguzov will be appointed to this position by the decree of the CEO, said a source of RIA Novosti.

In October, 2019 Russian Post reported that after reorganization in joint-stock company its Board of Directors appointed the CEO of the company of Nikolay Podguzov. Russian Post signed with it the labor contract for a period of five years - till 2024.

The declared income of the Deputy Prime Minister Maxim Akimov for 2018 was 8.609 million rubles, follows from data on income and property of the members of the government of the Russian Federation published in April, 2019. This amount is less, than the previous year: in 2017 Akimov earned 9.104 million rubles.

In property at the deputy chairman of the government – the apartment of 93.4 sq.m. and the parking place of 15.9 sq.m. Maxim Akimov also has two apartment houses of 241.9 sq.m. and 171.5 sq.m. in free use. The first of them is owned by his spouse, and also the son Maxim Akimov who is not owning property has a right to use by this house.

From motor transport the official has a Volkswagen Touareg car.

The income of the spouse of Akimov in 2018 was 156.380 thousand rubles. However more real estate is registered for her. In addition to the above-mentioned house of the spouse of the official owns three land plots of 2435, 2479 and 7081 sq.m. and also a bath. It in property has no vehicles.

It should be noted that at the end of 2018 the income of Maxim Akimov supervising digital development, transport and questions of the real estate was 3.7 times lower, than at the minister of digital development Konstantin Noskov. That declared a full-year income in the amount of 31.885 million rubles.