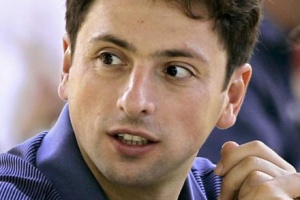 Sergey Mikhaylovich Brin  is a founder and the president on technologies of Google company.

Sergej Brin was born in Moscow in 1974. His father  is former research the associate of the Central economic-mathematical institute of Academy of Sciences of the USSR and Candidate of Physics and Mathematics Mikhail Izrailevich Brin (a sort. 1948), mother  is Evgenia (a maiden name  — Krasnokutskaya). In 1979 the family Brinov moved from Moscow to the United States of America. Sergey's father became the teacher of the University of Maryland where works to this day, and mother got a job the specialist in NASA.

Sergej Brin with honors graduated from the University of Maryland where he studied mathematics and information science. Got a grant from National Science Foundation Graduate Fellowship. Technologies of data collection from unstructured sources, big corpuses and scientific data were the main field of scientific research of Sergey. He is the author of tens of publications in the leading American academic magazines and also periodically speaks at different national and international scientific, business and technology forums. Being going to defend the doctoral dissertation in Stanford, Brin got acquainted with Larry Page, and in 1998 they together founded Google.

On September 14, 1997 the domain google.com was registered.

In 2004 Sergej Brin was included in the list of billionaires of the Forbes magazine.

[1] found out that the co-founder of Google Sergej Brin owns the Global Support and Development organization which sends the former military to zones of disasters worldwide on a superjyakhta of the entrepreneur. Now the organization helps with testing for COVID-19 with California[2].

One of founders of Google Sergej Brin was the only donor of the GSD organization, The Daily Beast reports. GSD works as a command of quick response. Nearly a half of the organization are made by the former military. As GSD transport uses the personal yacht of Bryn Dragonfly.

The organization helps victims of natural disasters, applying high-tech solutions, follows from the report of the edition. The former lieutenant of US Navy Grant Dawson heads GSD. It worked several years in a personal security service of Brin.

According to The Daily Beast, the idea of GSD arose in 2015. When Dragonfly passed by the island state of Vanuatu upon which the TEM cyclone fell, the captain of the yacht asked Brin whether it is possible to help victims somehow. The entrepreneur contacted Dawson.


In GSD 20 salaried employees and about 100 contractors work. The organization has access to technologies, including to drones and sonar cards. Since 2015 the command helped during several natural disasters, including hurricanes, earthquakes and eruption of volcanoes.

Now GSD organizes testing for a coronavirus in California. The command is going to carry out more than 8 thousand analyses in local organizations on care of elderly people.

Charges of harassment and sex without obligations

At the end of August, 2019 the post of the former employee of Google published in Medium brought up the subject of harassments in a workplace and sex again without obligations which was afforded by bosses of Google. Read more here.

Withdrawal from the structure of the management of Alphabet

On December 3, 2019 Larry Page and Sergej Brin announced the leaving from positions of the CEO and the president of Alphabet respectively. At the same time founders of Google will remain in Board of Directors and a shareholding structure of holding which they headed earlier.

According to reorganization which it was announced at the beginning of December, 2019 the position of the president of Alphabet is abolished, and the head of Google Sundar Pichai is appointed the CEO. 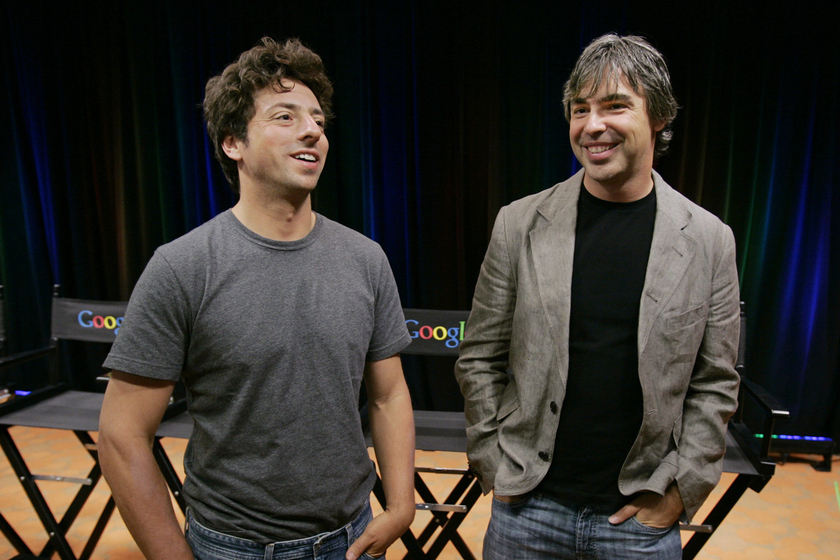 Larry Page and Sergej Brin resigned, but will participate in life of Google

Page and Brin noted in a joint statement that "time to simplify a management structure" Alphabet came. They also emphasized that "Alphabet and Google do not need two CEOs and the president any more". Pichai in turn promised that change of structure will not influence work of commands.

As notes Associated Press, Larry Page and Sergej Brin within the last  year before leaving from the leading posts of Alphabet were absent on actions of the company, the company was actually represented  by Pichai. So, exactly the CEO of Google acted at shareholder meetings and  as the representative of Alphabet on listenings in the U. S. Congress.

According to CNBC TV channel, the solution of founders of Google to resign as heads of Alphabet will not be reflected in joint-stock structure of Google. At the time of the publication of material Page and Brin jointly controlled more than 50% of voices in holding – Brin had 25.2% of voices, and Page has 26.1%.[3]

On August 5, 2015 the authoritative magazine Forbes published the rating of the most secure figures of the information technology industry. Sergej Brin's fortune was estimated in $32.8 billion Read more here.

In August, 2016 the Forbes magazine provided the rating of the richest businessmen in the field of the information technologies (IT). Sergej Brin's fortune was estimated in $38.2 billion Read more here. 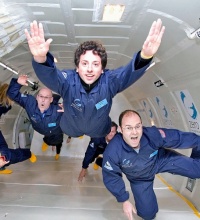 In 2011 Sergej Brin intends to go to space

In 2011 Brin intends to go to space by the Russian Union ship. In 2008 the cofounder of Google became the first participant of the action of Orbital Mission Explorers Circle and invested in Space Adventures company $ 5 million on condition that this money will be reckoned as advance payment for its flight in space 3 years later. In total Brin will pay  about $35 million for this exotic tour. Later Roskosmos declared impossibility of such travel.

Sergej Brin has own blog on the Blogger platform (Google belongs) to the address too.blogspot.com.

In 2007 33-year-old Sergej Brin married the bioengineer Anne Wojcicki who handed over a garage to the young businessmen only beginning a way of Google in due time. The wedding took place at the beginning of May, 2007 in the conditions of the most strict privacy on the Bahamas. In December, 2008 at Sergey and Anne the son was born. 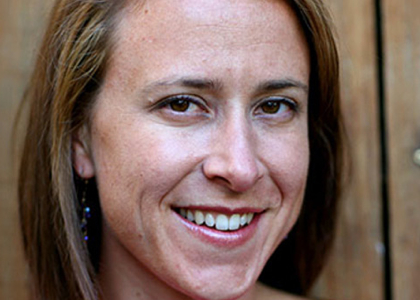 To Anna Vodzhitski graduated from Yale University in 1996, having become the biologist. Became the co-owner of company 23andMe suggesting to anyone to pass genetic test for predisposition to genetic diseases for 399 dollars later. The test is carried out on saliva. Sergej Brin also used company services of the spouse therefore it became clear that he has a predisposition to Parkinson's disease. Right after the wedding Brin invested  3.9 million dollars in the company of the wife.