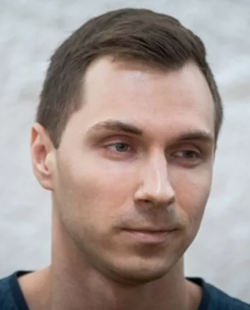 Alexey Burkov  was delayed  in 2015 in Israel and extradited to the USA in November the 2019th. In October of the same year Burkov's extradition  was requested  by Russia — the hacker wanted to exchange for Israeli Naama Issachar. It was delayed at Sheremetyevo Airport: found 9.6 grams of hashish in baggage of the girl. The court  was sentenced  by Issachar to 7.5 years of colony.

On June 26, 2020 the federal court of East district of the State of Virginia sentenced the Russian hacker Alexey Burkov to nine years of prison for cyberfraud.

The charge asking punishment for a period of 15 years believed that during the period from 2008 to 2013 the native of St. Petersburg sold on the underground Cardplanet online resource about 150  thousand data on the price in the range from $2.5 up to $60. It actively advertized itself(himself) on criminal Russian-speaking platforms, claiming that it is the only seller of the stolen data guaranteeing a refund if bank cards are already blocked.

The Russian pled guilty on three charges from five: in fraud with access devices to data, theft of personal information, invasion into computer systems and money muling. It will be obliged to pay compensation in the amount of $7000. After punishment departure it will have to be three years under observation, however the judge recognized that, most likely, the man is deported.

The Ministry of Justice of the USA warned that it if Burkov is found guilty at all points by charges, threatens it up to 80 years of prison. Department assessed damages from its crimes at $20 million.