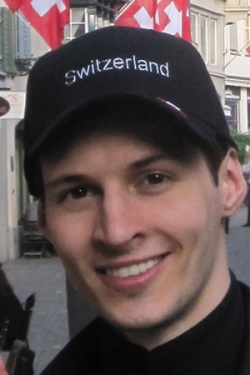 Was born in Leningrad on October 10, 1984. His father is the famous philologist Valery Semyonovich Durov, the author of many scientific works. Pavel in 2001 ended the Academic gymnasium, and in 2006 — Philological faculty of St. Petersburg State University. In September of the same year VKontakte — the main, today, Durov's project started. In 2007 the Business St. Petersburg newspaper it was recognized by one of winners in tender of "The best young entrepreneurs of 2007". According to some information Pavel — the associate Mensah, integrating people with high IQ.

In 2008 it started new "cover" of social network "VKontakte" — Durov.ru in which User API which is specially developed for creation of third-party social networks is used.

Pavel Durov is known also as the creator of other, less large student's projects, in particular Durov.com — the website focused, first of all, on students of humanitarian specialties, and SPBGU.RU — a forum of students of SPbSU. 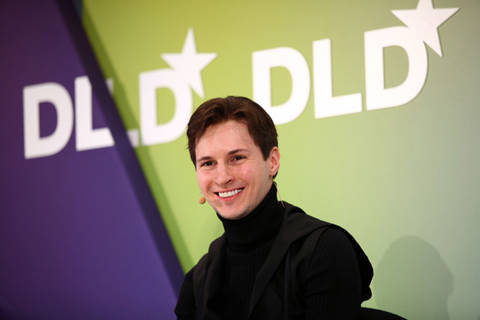 Pavel Durov is a non-public person. Unlike Albert Popkov, the founder of social network Odnoklassniki, Durov does not take part in any Russian IT conferences, like REEVES, KIBOV and similar. It is not shown on television.

It gave the first public interview at the specialized DLD conference at the beginning of 2012 in Munich. Complete interpretation of an interview can be considered it here.

Pavel Durov's performance on DLD in Munich with the Russian subtitlings

Because of Durov's reserve many drew a conclusion earlier that such person just does not exist. Or, as option, it exists (as there are photos made in different circumstances), but actually is not the first person of social network.

The hometown of Pavla in its profile on own social network specifies Turin. However its image is firmly attached to St. Petersburg — to the city which is considered "the territory of VKontakte".

Pavel Durov was also noticed on the news website Roem.Ru where he periodically writes comments on articles connected with VKontake. It also has pages of VKontakte, on social networks Google + and Facebook and own blog in LiveJournal.

Projects on the Internet

The social network "VKontakte", the Russian clone of Facebook, grew from a forum of students of the St. Petersburg university. The forum was created by Pavel Durov and his brother Nikolay. VKontakte became public at the very end of 2006, and in the summer of the 2007th on him the million user was registered.

The DST fund (later turned into Mail.ru Group) purchased 24.99% of the project proceeding from assessment of the company in $65.2 million. In the fall of the 2010th Mail.ru Group bought in addition another 7.5% of social network for $112.5 million: the website was estimated already at $1.5 billion po monthly audience (21.5 million are TNS, December, 2010) VKontakte concedes only to "Yandex" and Mail.ru, on the website more than 110 million accounts are registered.

Pavel Durov is known also as the creator of other, less large student's projects, in particular Durov.com — the website focused, first of all, on students of humanitarian specialties, and SPBGU.RU — a forum of students of SPbSU. 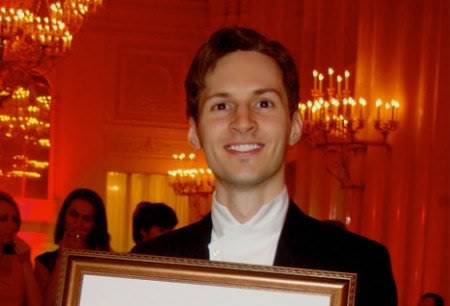 5 claims of Pavel Durov to the Russian school

One of founders of social network "VKontakte" and the founder of the Telegram messenger Pavel Durov often (and it is fair) criticizes modern Russian education. In the edition Chalk collected in the summer of 2017 in the main theses of the Russian entrepreneur about to what the school of the 21st century[4][5]should learn [6]. 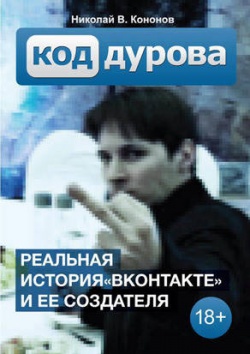 In November, 2012 in sale there is Code of Durov — the book by the writer and journalist Nikolay Kononov in which he will tell earlier unknown details how 28-year-old Pavel Durov became one of the most successful Russian businessmen for only several years.

"It — eternal resisting, contrarian, the absolute egoist and the single. The hereditary philologist comes of good kin. He has very gifted parents, the ingenious elder brother who works as the technical director of VKontakte and does so that all this wildly loaded system did not fall. All methods and methods to store information and to distribute it were thought up by his brother, this absolute know-how. Developers conferences where they tell how they store information, bring together fans, approximately as concerts of stadium groups", - the author of the book in one of an interview[7] tells[7].

According to Nikolay Kononov, he began to write the book about Pavle Durov when worked in Forbes. The journalist found for the St. Petersburg acquaintances of the writer and began to collect about him biographic data, and then some time at him left on persuading Durov to provide on himself information. A decisive argument in its advantage as biographer of steel not only recommendation of mutual friends, but also the fact that he assured Pavel: he is interested not so much its status, how many a way as entrepreneur.

In the book Nikolay Kononov promises to dispel myths about mafia financing sources of VKontakte, to tell in detail about a role in creation of social network of Vyacheslav Mirilashvili and the elder brother Pavel Durov who always remains in his shadow. In the book there will also be many other interesting episodes: for example, the story about Pavel Durov's meeting with Mark Zuckerberg in Silicon Valley, episodes from his childhood in Italy and another. Nikolay Kononov also announced negotiation with a number of producers who showed interest to shooting based on the book.

Messages about attempts of FBI to set up cooperation with the founder of Telegram and social network "VKontakte" appeared in the spring of 2017. Durov shared details of these attempts in an interview to the American magazine The Baffler[8].

According to him, the first attempts of FBI of coercion to cooperation took place in 2014. Durov then sold the share fraction to VKontakte and emigrated from Russia after requirements of FSB to provide personal information of organizers of "Euromaidan". At intersection of the American border of Durov at once undertook to interrogate FBI. Then everything was limited to several questions of its cooperation with Russian authorities.

Suggested to give to Durov later the e-mail address to which representatives of intelligence agencies could send letters with offers on cooperation concerning the Telegram messenger. According to Durov, he ignored these offers.

During the visit on the Google I/O conference to San Francisco FBI agents tried to come into contact with Durov again. Showed it the court order and suggested to create an informal communication channel through which it would be possible to communicate about terrorists. Durov refused again and assumed in an interview that the court order was most likely counterfeit.

A year later in this way tried to recruit one of Telegram developers. At first the staff of cyberdivision of FBI interrogated the developer, and then offered it about $10 thousand for cooperation. The developer refused the offer and reported to Durov the matter.

The founder of Telegram also noted extremely high level of preparation and gravity of intentions of the American intelligence agencies.

On September 20, 2012 - the Police of St. Petersburg refused to bring criminal case about extremism according to the statement of the head of Present Life fund Svetlana Los. She accused the founder of social network "VKontakte" of incitement of hatred to dogs, bums and football fans. Signing up in Twitter became the reason.

The blog by Pavel Durov in LJ

The first video interview of Pavel Durov on DLD Conference 2012