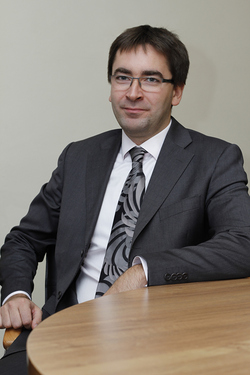 From 2003 to 2011 worked as the associate director of department of IT of JSB Soyuz.

From 2011 to 2012 worked as the deputy head of department in Federal Treasury.

In 2014 passed to work of IT as the department director into JSB Absolyut Bank.

For October 15, 2015 Andrey Gorelov works as the director of the department of IT the Absolute of bank.

For November, 2019 - the head of the IT direction in the European cluster of HSBC Banka LLC.

On June 29, 2020 BKS Bank announced TAdviser that for implementation of long-term strategy for reorganization of IT structure Andrey Gorelov joined a command of bank. Andrey who was earlier heading the IT direction of the European cluster of HSBC Bank LLC held a post of the CIO.

As told in "BKS Bank", based on IT departments of bank creation of the uniform digital center which, as expected, will provide higher level of productivity and stability of technology processes is planned. Andrey Gorelov will also be responsible for implementation of this approach.