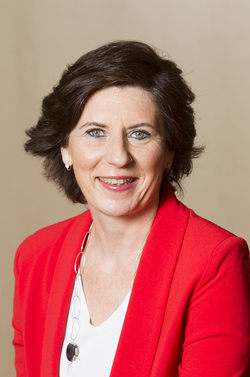 2019: President of representative office of HP

On September 6, 2019 it became known of Nick Lazaridis's leaving from a post of the president of representative office of HP in EMEA region (Europe, the Middle East, Africa). Its place was taken by Helena Errero. Change of the head happened within the international restructuring which is carried out by the company.

According to CRN, HP notified partners on appointment of the new head of office in EMEA at the end of August, 2019. The edition received the same message several days later.


Meanwhile, the company began reorganization according to the results of which he will refuse structure from three main regions for benefit of one global commercial division. This corporate reform became the culmination of the research lasting year which as noted in the company, "did not make anything except that it installed in us optimism concerning the future".

The new division as the executive commercial director will be headed by Christoph Schell who works in the company about 20 years. He will officially enter the powers on November 1, 2019. Managing directors of 10 geographical regions will submit to Schell.

One of partners of HP in a conversation of CRN suggested that the company will eliminate the level of management of business in EMEA similar to the strategy accepted by Hewlett Packard Enterprise.

According to the The Register edition with reference to informed sources, Nick Lazaridis is dismissed for weak indicators of business on release of supplies for the printing equipment and also for the outstanding plan for revenue in EMEA within three quarters in a row. Lazaridis directed regional division nearly seven years.[1]