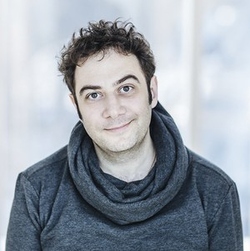 Tigran Hudaverdyan is a group managing director of Yandex Companies.

Tigran Hudaverdyan works in "Yandex" since April, 2006. It, in particular, managed such services as "Yandex.Browser" and " Yandex.navigator ". Since 2015 he headed " Yandex.taxi ", and since 2018 – the united company " Yandex.taxi " and Uber.

In May, 2019 Tigran Hudaverdyan is appointed the group managing director of Yandex Companies. It is a new position in group. The co-founder and the major shareholder of "Yandex" Arkady Volozh remains the CEO of group. It now, by his own words, will concentrate on wider strategic tasks, Vedomosti reports.

"Yandex" again completely rebuilt a management system. At the end of 2017 after the CEO of "Yandex" Alexander Shulgin passed into Ozon, shareholders did not begin to appoint to it replacement, and separated its powers between several employees. Elena Bunina became the CEO of the Russian LLC Yandex, she saved a post of the HR director of group. Greg Abovsky became the operating officer and saved a position of the chief financial officer of group. Mikhail Parakhin became the technical director, and then and the director of technologies of group. Each of them submitted to Volozhu directly, representatives of "Yandex" spoke about collective company management.

From three top managers the largest administrative weight in group, by recognition of many employees of "Yandex" with whom Vedomosti communicated Parakhin had. Hudaverdyan also submitted to Volozhu directly as " Yandex.taxi " was selected in separate company.

Certain interlocutors of Vedomosti assumed that Volozhu needed such competition between top managers to select the successor for operational management by the company. Volozh spends the last two years the most part of time not in Moscow, and in Israel, told Vedomosti sources in "Yandex".

Now the managing director — the only direct subordinate Volozha, the representative of "Yandex" says. Thus, Abovsky as the operating and chief financial officer of group and also Bunin as the CEO of LLC Yandex began to submit to Hudaverdyan.

Along with Tigran Hudaverdyan's appointment it was announced that "Yandex" is left by the director of technologies Mikhail Parakhin – in August, 2019 it together with family returns to the USA. After departure he will continue to advise "Yandex" and to help at the level of Board of Directors. Daniil Shuleyko is appointed the CEO of " Yandex.taxi ".