Previous jobs:
Alibaba Group
Chairman of the board of directors 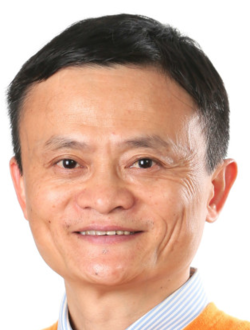 On September 10, 2018 Jack Ma in day of the birth announced departure from the job of the chairman of the board of directors and actual head of the Chinese Internet giant Alibaba Group. The businessman decided to focus on charity and education. Read more here.

On October 10, 2018 the business publication Hurun (the Chinese analog of Forbes) published the list of the richest people in the People's Republic of China. First place in it again was won by Jack Ma.

The fortune of the founder of Alibaba at the time of the publication of rating was estimated in $39.1 billion that for 35% or for $10 billion it is more, than the previous year. This rise was promoted by increase in market value of Ant Financial company, a share in which the businessman owns. Jack Ma appears on an upper line of the list of the most secure Chinese according to Hurun for the second time in four last years. 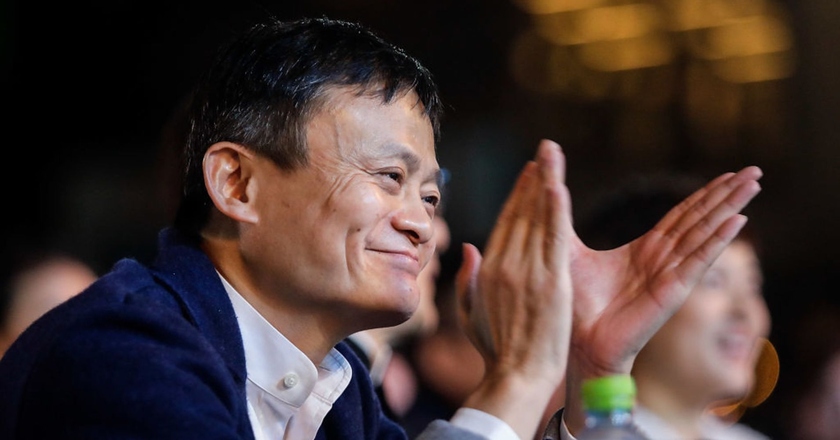 The leading three included the chairman of the board of development company of Evergrande Xu Jiayin ($36.2 billion) and the head of Tencent Internet corporation Ma Huateng ($35 billion).

According to Hurun, in 2018 1893 Chinese have the status exceeding 2 billion yuans (about $290 million) that is 11% less, than the previous year. The status of 1012 entrepreneurs was reduced or remained the invariable, and 881 person could grow rich.

Also it is noted that the rating was replenished with 219 new faces. Among them — the 38-year-old head of Internet giant Pinduoduo Colin Huang Zheng and also heads of CATL companies (the producer of rechargeable batteries for electric vehicles) and Bitmain (equipment manufacturer for production of cryptocurrencies). And Dzhe Yueshen  (Ge Yuesheng) who is at the helm Bitmain entered rating at the age of only 26 years with a status in $490 million. Average age of participants of rating of the richest businessmen in China — 55 years.

From nearly 2 thousand billionaires 19 are not natives of continental China: among them there are representatives of Great Britain, Vietnam, Denmark, Hong Kong, Taiwan, Indonesia, the USA, Sweden and the Republic of South Africa. Most of all participants of rating live in continental China — 618 people, on the second place on this indicator Hong Kong and Taiwan with 74 and 42 billionaires respectively.[1]

Accession to the Communist Party of China

On November 27, 2018 it became known of Jack Ma's accession to the Communist Party of China. Its official newspaper "Renmin Zhibao" reported about it.

The edition published the list of 100 people who made "an outstanding contribution to policy of reforms and openness" of China. Jack Ma is mentioned there as the person whose company Alibaba Group "created the world's largest platform of e-commerce with an annual capacity of transactions of trillions yuans". 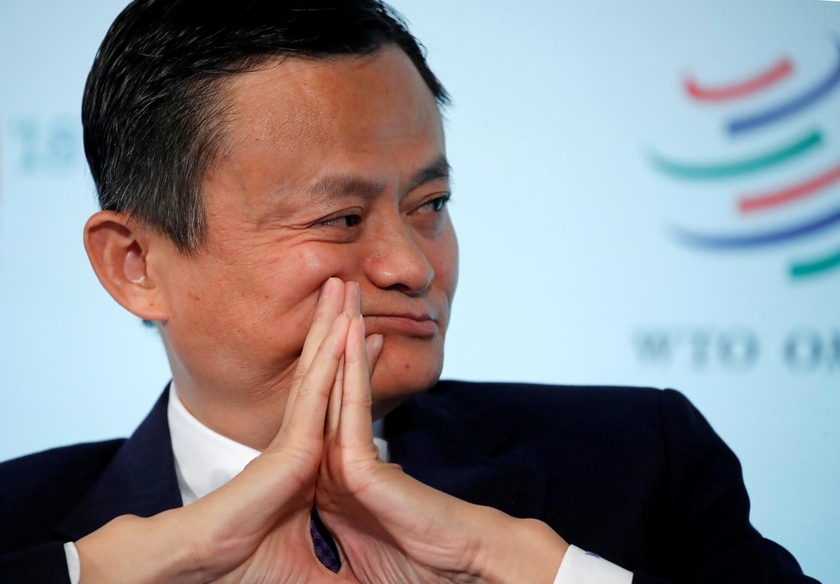 It is noted that Alibaba is included into ten the most expensive companies in the world that does China "by the leading player in international market in the field of e-commerce, Internet finance and cloud services".

Jack Ma the newspaper calls "the outstanding builder of case of socialism" and a powerful driving force for development of domestic demand. At the same time it is unknown when the billionaire whose fortune by the end of November, 2018 is estimated in $35.8 billion, entered ruling party.

As explained to Reuters agency in Alibaba, participation in any political party does not affect acceptance of business solutions in the company.


The list which made an outstanding contribution to policy of reforms and openness — the program of economic reforms of the Communist Party, also included businessmen of the Pony of Ma from Tencent Holdings and Robin Lee from Baidu. Whether they consist in a batch, it is not specified.  Baidu, Alibaba and Tencent form the so-called BAT trio, being the technology companies, largest in China, by 2018.

Jack Ma refrained from comments about the accession to the Communist Party of China. The political affiliation of the businessman was surprise for many, Reuters notes.[2]

Jack Ma: people should work for 12 hours a week

At the end of August, 2019 Jack Ma, speaking at the world conference on artificial intelligence in Shanghai together with the CEO of Tesla Elon Musk, said that people should work only 12 hours a week.

According to the cofounder of Alibaba, it will be possible to work for four hours three days a week thanks to technology development and reform of an educational system. 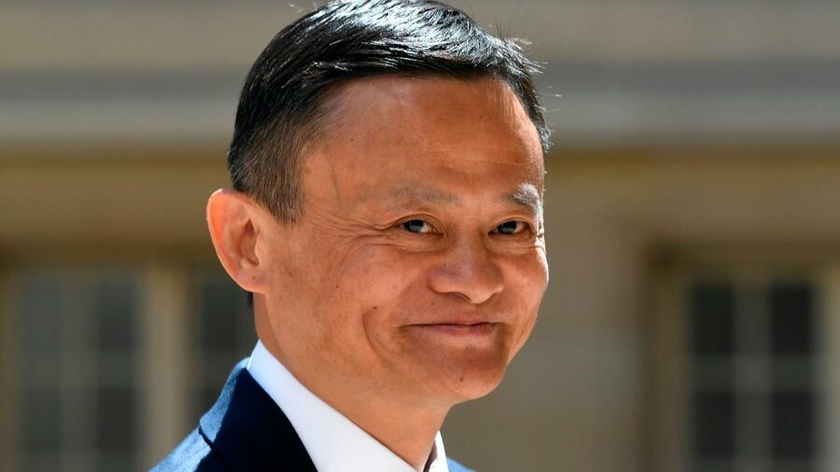 Jack Ma suggested to work for 12 hours a week

Jack Ma considers that without changes of an education system the mankind will face problems. A present system became outdated as it was created during an industrial era, and day when machines exceed people in the future will come. The businessman considers that educational reform should help people to become more creative.

Example of how new technologies give to the person more free time, Jack Ma called electricity. According to him, thanks to electricity people had time in order that in the evening to go to a karaoke or to a disco, and the artificial intelligence will give to people more time to derive pleasure that they are people.

He also said that he is not disturbed by possible reduction of jobs — on Jack Ma's belief, the artificial intelligence will help people, but will not deprive of their earnings.[3]


In April, 2019 Jack Ma called overtime work "huge blessing" for young people, and expressed confidence that only with such diagram it is possible to achieve success and good life.

Ma  suggested  the staff of Alibaba to have sex also regularly and honesty, as well as work — six times in six days. Besides, according to the entrepreneur, pairs should raise KPI of defects and bring children.

the Status of the richest Chinese after leaving Alibaba

At the beginning of November, 2019 the Forbes magazine made the list of the richest people of China and again delivered Jack Ma on the first place. In March analysts called the main rich man of Celestial Empire the founder of Tencent Ma Huateng, but Jack Ma returned himself leadership.

Shortly before the publication of new rating left a post of the head of Alibaba to focus on charity. However the Ma's fortune was increased from $34.6 billion to $38.2 billion as the profit of Alibaba sharply grew in 2018 as a result of an e-commerce boom in China. 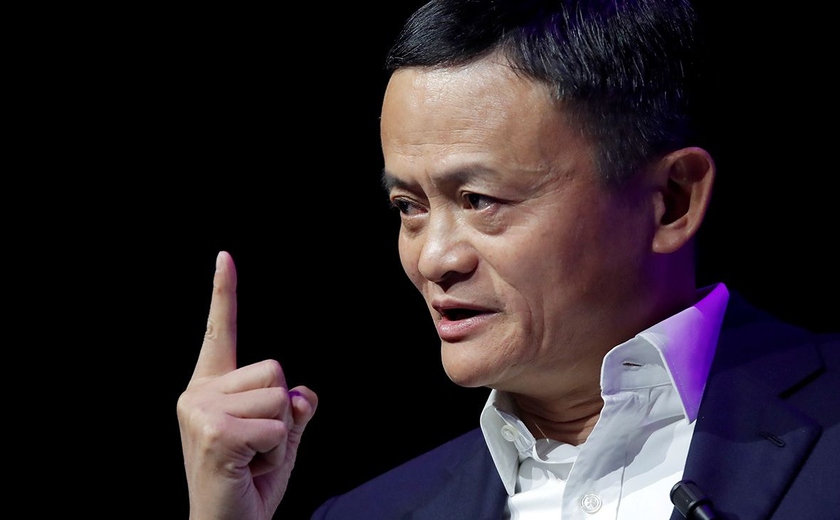 Strength in trade between China and the USA for the last year considerably grew, and GDP growth of the second in value economy in the world slowed down to rates which did not reach nearly three decades. Despite it, some of the richest people in China continue to prosper thanks to consumption growth and consumer spendings.

The status more than a half of 400 participants of the Chinese list of the richest people of Forbes of 2019 only grew, at a quarter remained at the previous level. The cumulative welfare of these people grew more than by one fifth in comparison with 2018, from $1.06 trillion to $1.29 trillion. The minimum capital in the list was $1 billion, as well as in 2017. This indicator decreased in 2018 to $840 million. In 2019 sixty new names were included in the list.

The Chief Editor of Forbes China Russell Flannery noted that even if the economic growth of China slowed down, experienced entrepreneurs find new methods of profit earning. At list top the second year in a row is Jack Ma whom Ma Huateng follows — his capital is $36 billion.

The chairman of the Evergrande group of Huey of KA Yang (Hui Ka Yan) whose fortune is estimated in $27.7 billion was the third in the list. But drop in sales of cars in China caused a serious loss of Li Shufu, to the chairman of Geely Group and the main owner of Volvo who takes the 12th place — its capital fell from $14.2 billion to $12.9 billion[4]