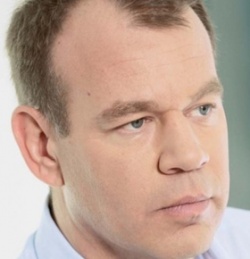 Received the bachelor's degree at the Ratgersky university where was engaged at department on studying of Russia and Eastern Europe.

By 2014 Johnathan Sparrou lives and works in Moscow nearly 25 years.

In 1994 held a post of the sales and marketing director in the Russian representative office of the American Millicom International Cellular where worked till 1996.

1998: The head of department of communications and high technologies in Accenture Russia

In 1998-2003 headed department of communications and high technologies of the Moscow department Accenture.

2003: The CEO of Nokia Networks in Russia

In 2003 it was appointed to a post of the CEO of Nokia Networks in Russia.

In 2007 became the Head of Department on work about MegaFon in Nokia Siemens Networks.

In 2013 held the vice president's position in Qualcomm where was responsible for activity of the company in Russia, Turkey and countries of Eastern Europe.

Besides, Johnathan worked as the adviser at the Skolkovo institute of science and technologies.

2014: The vice president of Cisco in Russia and the CIS

Since August, 2014 Johnathan Sparrou got to work as the vice president of Cisco company in Russia and other CIS countries. He is going to pay special attention in the work to further development of the relations with local state structures, partners and customers of Cisco and also the general management by activity of the company in Russia / CIS.

In May, 2019 Johnathan Sparrou in an interview of TAdviser told about plans for business development and productions of the company in Russia and also about how he is worked with it in the difficult conditions which developed in the country for foreign vendors.