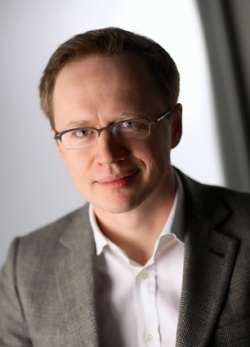 Maxim Vladimirovich Kashulinsky was born in 1973 in the city of Rybinsk of the Yaroslavl region. His father, Vladimir Lavrentyevich (1950-2005), was mentioned in media as the deputy of the state meeting - kurultai - the Republic of Bashkortostan, the member of the committee by training, to science, culture, sport, tourism and affairs of youth, the head of United Russia fraction in State Assembly of Bashkiria[1].

Started a career of the journalist Kashulinsky in 1994. Worked in Skate news agency.

In 1996-1997 Kashulinsky was a correspondent of department Business of the Segodnya newspaper.

Media specified that later it worked as the managing director of Company magazine, held positions of the deputy chief editor - editors of department Consumer market of the Vedomosti newspaper.

In 2004 ID began to issue two magazines in Russian - the monthly business magazine Forbes and the weekly public and news magazine Newsweek. Kashulinsky held a position of the managing director of the Forbes magazine. The publisher of the Russian Forbes Leonid Bershidsky called Kashulinsky by "the right hand of Paul" - the American citizen Paul Khlebnikov appointed the Chief Editor of the Russian version of the magazine in 2004. Pilot issue of the Russian Forbes appeared in March, and in May in it the list of 100 richest citizens of Russia was published. Media specified that many persons involved in this list remained him are dissatisfied, however case did not reach the open conflicts and threats. Shortly before the death Khlebnikov said that the Russian Forbes already got on feet, and was going to return to the USA in the fall.

Khlebnikov was killed on July 9, 2004. Several days later Bershidsky said that the magazine will appear all the same in Russia. He specified that the managing director of Forbes Kashulinsky, most likely, will hold a post of the Chief Editor of the edition. Kashulinsky noted that he has no idea of why killed his colleague.

On August 30, 2004 ID of Axel Springer Russia announced Kashulinsky's appointment the Chief Editor of the Russian version of the Forbes magazine. Commenting on this event, Bershidsky spoke about Kashulinsky as about "the most experienced business journalist who is knowing business from within and having a strong intuition". According to him, Khlebnikov developed the concept of the Russian Forbes together with Kashulinsky. After the appointment Kashulinsky noted that to edit Forbes in Russia - a great honor to it. Forbes, according to him, "as if is specially created for the Russian market" as "it maintains enterprise, incompetence criticizes and gives the most progressive ideas for business".

A number of network media noted that, contrary to expectations, in the September issue Forbes for 2004 - the first issue of the magazine after Khlebnikov's death - there were no references of his death.

On December 1, 2006 scandal during which Kashulinsky filed a resignation burst. Axel Springer Russia refused to print history of the richest woman of Russia, the spouse of the Mayor of Moscow — Elena Baturina, having started up all circulation of December Forbes under a knife. The CEO of Axel Springer Russia Regina von Flemming issued the order on replacement of the main material of number with the translated text. On the official site of the publisher it was reported that suspension of production of the December issue was connected that "in a case with the main history of the magazine... the principles of journalistic ethics were not observed". Axel Springer claimed that on a cover of number the distorted quote from an interview of Baturina who could mislead readers was taken out. A number of employees of the magazine demonstrated that article became the cause of conflict. Kashulinsky also claimed that edition quickly corrected a cover, however the publisher all the same decided to start up under a knife December circulation - because of it it and filed a resignation. Vedomosti wrote that representatives of Inteco - the company belonging to Baturina, - threatened the publisher with claims for protection of a goodwill and Kashulinsky it was known of the prepared claim. He noted that the amount of claims in it was not, but as interim measures representatives of Inteco suggested court to seize all circulation of the magazine and to prohibit the publication of article on the Internet. In turn, the American Forbes demanded that Axel Springer immediately published the current issue in that type in what it was printed.

On December 4, 2006 mass media reported that the conflict connected with the publication of material about Baturina in the Forbes magazine is exhausted. The December issue appeared, and in spite of the fact that in connection with "costs" it became 20 percent more expensive, its sales went very well. The Chief Editor of Forbes remained on the post. Expressed a regret in a joint statement: the management of Axel Springer AG and Axel Springer Russia - because "explanations of the reasons of a delay of a release of the December issue could cause suspicions of mismatch of work of edition to the royal standards of journalism", and edition Forbes - because "after that she had to doubt publicly commitment of Axel Springer to the principles of independent journalism".

At the beginning of February, 2007 Vedomosti, referring to the lawyer Kashulinsky and the editorial offices of the Russian Forbes of Alexander Dobrovinsky, announced legal claims of Inteco company to the magazine and its Chief Editor. Claims were submitted to different courts: to Kashulinsky "About dissemination of the untrue data discrediting a goodwill" - in Chertanovo court of Moscow, and "About a denial of the untrue data discrediting a goodwill and collecting the non-material losses caused as a result of dissemination of these data" to edition of the Russian version of the Forbes magazine - in Moscow arbitration. As the press secretary of Inteco Gennady Terebkov reported Vedomosti, the amount of each of claims was 106,500 rubles (on 1 ruble for each copy of December issue of the Forbes magazine).

On March 21, 2007 the Chertanovo court of Moscow satisfied the claim of Inteco to Kashulinsky, having exacted from the Chief Editor of the Russian version of the Forbes magazine 109,165 rubles (but not in 106,500 rubles as legal costs of the company of Baturina were estimated at 2,665 rubles). The lawyer Dobrovinsky said that he intends to appeal against this solution in Moscow City Court. On May 15, 2007 the Moscow City Court refused to Kashulinsky consideration of its request for recognition of the solution of the decision of Chertanovo court illegal. After announcement of a judicial verdict Dobrovinsky expressed the intention "reach Strasbourg and attract on our party everything Forbsa of the world".

In November of the same year the ninth appeal arbitration court of Moscow recognized Baturina's claims unreasonable, however that submitted the appeal, and in January, 2008 the same court made the decision for benefit of Baturina and demanded from Axel Springer to publish a denial of article and to pay compensation in the amount of 106.5 thousand rubles. In April Axel Springer refused the writ of appeal and decided to pay Baturina's compensation. Also the agreement that Forbes will not publish article denial was reached.

After the incident with this issue of Forbes rumors went that Axel Springer will sell the magazines (the possible buyer called Kommersant publishing house), however, as of July, 2009, the Russian versions of Newsseek and Forbes remained in the property of the company, Kashulinsky - the Chief Editor of Forbes, and Flemming - the head of Axel Springer Russia.

2014: Transition to a position of the editor-in-chief of Slon.ru

In December, 2014 the investor of Dozhd media holding Alexander Vinokurov became the CEO of Slon.ru. Maxim Kashulinsky who was earlier holding this position is appointed the Chief Editor of online edition. Staff movements are connected with crisis, Forbes reports.

"Decided to save not on journalists, and on the CEO" — Vinokurov told. Now the state of Slon.ru totals 42 employees.

Kashulinsky within two months headed edition Slon.ru before. Room was made after Andrey Goryanov's leaving.