Pension Fund of the Russian Federation (PFRF)
Adviser for IT

Aeroflot
Chief information officer (CIO)
till May, 2009 deputy CEO, director of the department of information technologies

Sergey Evgenyevich Kiryushin - for May, 2020 the special representative of the Minister of Foreign Affairs concerning digital transformation (CDTO).

Got an education the highest:

During its work in Aeroflot since 2004 the common bus of data (a service-oriented corporate system of application integration) IBM WebSphere was implemented. As Podryachik on the project the BCC company which announced start of a system in operation in May, 2008 acted.

Besides, from large projects of those times in Aeroflot it is possible to remember the long-term and still continuing SAP implementation. In this software management of maintenance of courts, planning and budgeting is carried out, for example, the normative reference information, etc. is kept. In 2009 the Board of Directors approved the program of further SAP implementation for 2009-2011.

After leaving airline within half a year (in 2010) Kiryushin held a post of the head of the department of informatization and business technologies of IDGC Holding.

According to CNews[1], Russian Post looked for the IT manager long ago. On a post of the deputy director the head of Federal Communications Agency (Rossvyaz) Valery Bugayenko had to approve Kiryushin's candidacy, but shortly before it he died.

In total at Russian Post of 42 thousand departments through the whole country. As for IT company assets, recently Kiselyov said CNews in the interview, the main capacities of the company are in the Main data processing center which is also responsible for allocate circuits and terminal devices in post offices. Mail has no single corporate system now, according to Kiselyov the company uses 1C, Galaktika and a number of the systems developed under the order: "Planned financial statements and analytics", WinPost, etc.

For operating time of Kiryushin in Russian Post the enterprise had a concept of development of IT till 2015 developed with the assistance of Boston Consulting Group. In the document it is among other things told about a priority of standard commercial solutions before independent development. As software on which work of the mail enterprises in other countries is automated Microsoft, SAP and Oracle are called.[2]

Also the directions of implementation of large IT projects are specified in the concept: construction of the corporate data network (CDN), consolidation of a server framework in two central data centers (the main and reserve) and regional mini-DPCs in branches. Departments of Mail are going to be transferred to easy terminal solutions, in parallel setting pochtomata and other devices for self-service.

In addition to the approval of the document, by Mail a number of works on software implementation begins. In the nearest future the GMCS system integrator should begin deployment of Microsoft Dynamics AX in all departments of the enterprise. At the same time also the available system Galaktika will continue the work so far.

There is a choice of an information logistics system using which Mail is going to deal with the main problem – delivery time of departures. A final choice is not made yet, solutions for transport and tracking of loads of SAP, Oracle and Microsoft are considered.

From 2014 to 2018 was the non-staff adviser to the head for IT of Federal agency on tourism of the Russian Federation. Under its management the National tourist Russia.Travel portal is created, the information system "Electronic Permit" is developed.

For December, 2018 works as the advisor to director general of VEB-leasing company. Is also the member of council of club of Chief information officers of 4CIO, the Chief Editor of the textbook of "4CIO".

From October to December, 2019 - the Adviser for the digital strategy of Sakhalin Energy.

From March to April, 2020 - the Managing director of the One Window project of JSC Russian Export Center.

The chairman of the board in club 4CIO

Representative of the minister of digital transformation (CDTO) in the MFA

On May 21, 2020 TAdviser knew that the order the MFA of Russia of 4/29/2020 No. 6588 Kiryushin Sergey Evgenyevich is appointed the special envoy, the representative of the Minister of digital transformation. 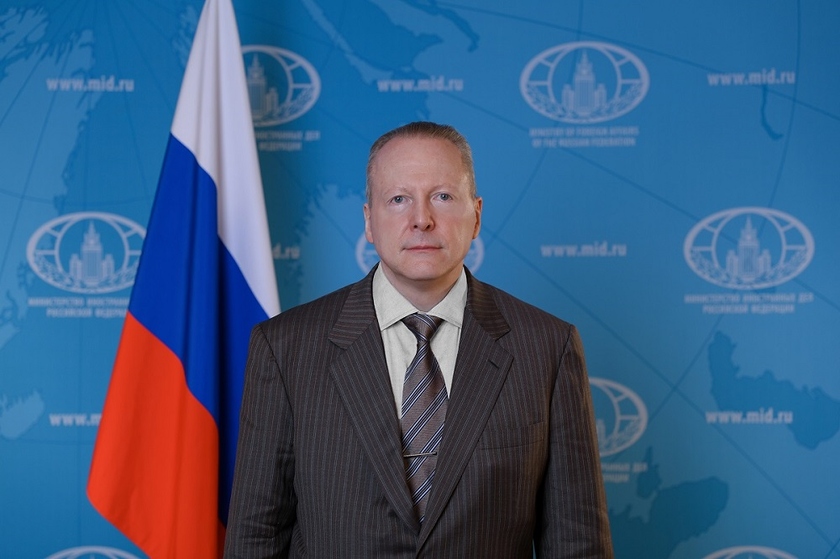 Earlier worked at different, including leaders, positions in private and government institutions[3].