Ministry of Finance of the Russian Federation
Minister 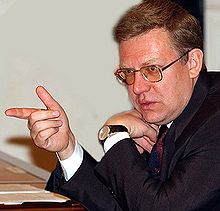 Alexey Leonidovich Kudrin is a statesman of Russia, the ex-Minister of Finance of the Russian Federation.

Was born in family of the serviceman. Left secondary school in the city of Arkhangelsk at school No. 17. Before entering a university within two years worked in Academy of the back and USSR Ministries of Defence transport in the city of Leningrad as the mechanic, the instructor of skills training of laboratory of engines.

Since 1993 — the deputy, the first deputy mayor (A.A. Sobchak), the member of the government of the city, the Chairman of the Committee of economy and finance of the mayor's office of St. Petersburg. Worked in the Government of Saint Petersburg together with V.V. Putin.

2000: Deputy Prime Minister, Minister of Finance of the Russian Federation

Since May, 2000 — the Deputy Prime Minister of Russia — the Minister of Finance of the Russian Federation, is appointed at the initiative of the V.V. Putin elected by then the President of Russia.

2011: Resignation from a post of the Minister of Finance

It is relieved of the post on September 26, 2011 by decree No. 1251 of the President of the Russian Federation.

After resignation returned to scientific activity, and in 2012 took the initiative of creation of the Committee of Civil Initiatives – communities of the professionals capable to propose alternative solutions of the problems facing the country.

Since April, 2012 – the Chairman of the Committee of citizens' initiatives.

Kudrin replaced Tatyana Golikova who passed to the Deputy Prime Minister's position in the head of the Audit Chamber.

Earlier in the statement on the personal website the head of TsSR called four principles by which it will be guided on a new post. This modern management of the state investments, improvement of control methods, full and unconditional disclosure of audit and also focus on fight against corruption. And the last is not only in that "catch guilty persons by a hand". But also in that "create mechanisms of prevention of corruption" and "as much as possible to reduce for it opportunities".

In May, 2020 in an interview of TAdviser Alexey Kudrin shared the views of issues of digitalization of a public sector. 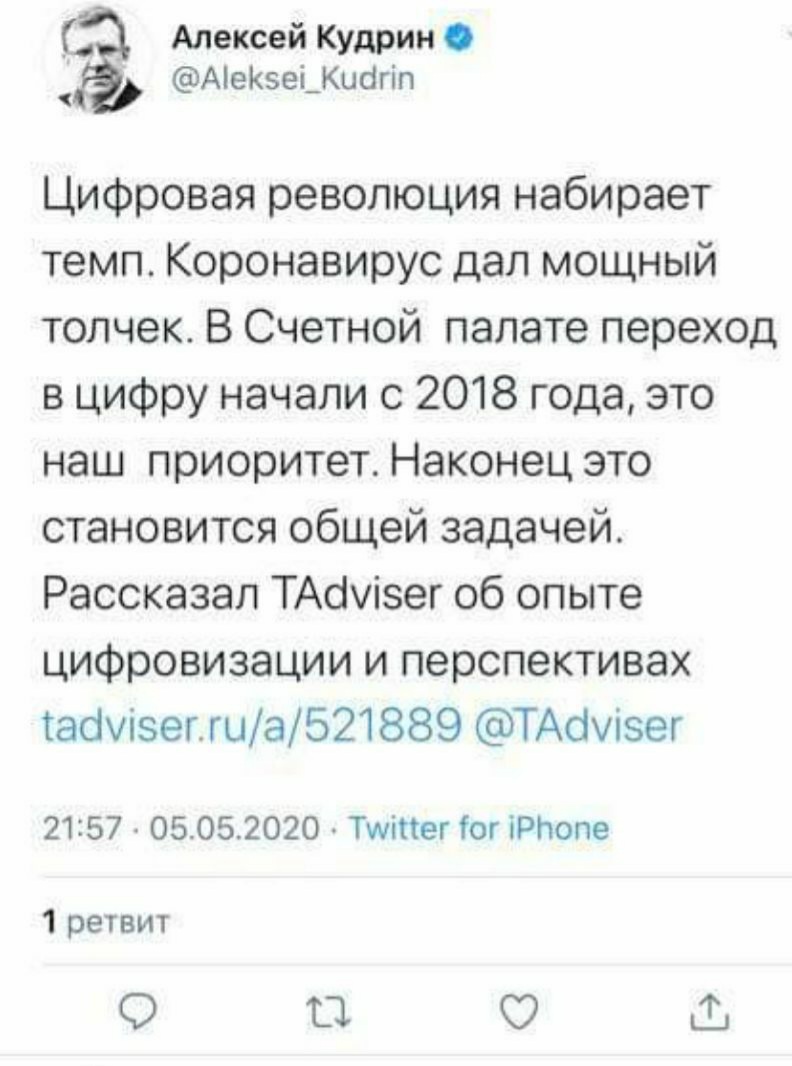 Married. The spouse Irina as a journalist. Till a marriage worked as the secretary for the press attache Anatoly Chubais of Andrey Trapeznikov. Now — the president of the Russian charitable foundation "Northern Crown". According to her, the family prefers to carry out winter holidays in ski resorts of Austria.