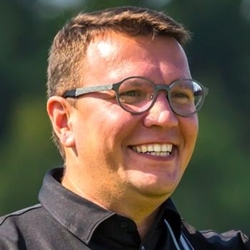 Sergey Lobov graduated from Moscow State University of service in 2001 in Economy.

At the beginning of the 2000th worked as the director of the department of software solutions of group of corporate solutions of HP.

In 2010-2011 was the sales director at the Russian office SAS, then passed into Microsoft Russia where headed division on work with the organizations of a financial and insurance sector.

From 2012 to 2014 directed similar division in NVision Group company.

Since 2014 worked in Pega rus - Russian "subsidiary" of the American Pegasystems specializing in development of solutions for customer relationship management (CRM), automation of digital processes and business process managements (BPM). Lobov held in the company a position of the sales director in Russia and the CIS, and later - the CEO.

2019: Transition to work to Ingenico

As TAdviser knew in January, 2020, Sergey Lobov passed to work into the Russian division of Ingenico company. Its main activity is production of POS terminals and payment solutions on their basis. Lobov confirmed to TAdviser information on change of work location, having noted that he accepted the offer which seemed to it interesting and attractive.

Ingenico specified TAdviser that Sergey Lobov came to a position of the adviser to the vice president for Eastern Europe, Russia, the CIS and Mongolia. This position in the company is held by Alexander Chukhlantsev.


As of the beginning of 2020 the new organization structure of Ingenico forms. The company noted that it occurs at the global level, concerns all regions in the world and it is caused by the aspiration of the company to be transformed to global payment provider. Are going to tell about details of these conversions to Ingenico later.

According to data in the USRLE, instead of Sergey Lobov since the end of December, 2019 the position of the CEO of Pega rus is occupied by Anna Kalashnikova. Parts of its appointment in the company at the time of the publication did not manage to be specified. According to the source close to the company, Kalashnikova will not take part in operational activity and business development.