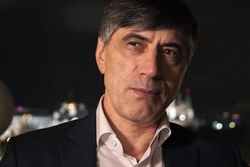 Magomed Musayev was born in 1963 in Dagestan.

The Kommersant edition called Magomet Musayev the son-in-law of the former head of Dagestan Ramazan Abdulatipov.

In 2010 — 2011 — the Chairman of the Committee of the innovative development and exhibition and congress activity of Moscow.

He was the responsible secretary of National organizing committee for promotion of the candidacy of the Russian Federation as organizer EXPO-2010. Participated in process of reconstruction of VDNH and construction of its new exhibition complex.

2018: Purchase of the Forbes Russia edition

In August, 2018 the businessman Magomed Musayev became the new owner of the Russian Forbes instead of ACMG media group of Alexander Fedotov. Officially transaction amount did not appear, but in Telegram channels appeared digit of $7 million and debt repayment in the amount of 90 million rubles.

As Magomed Musayev claims, he is personally familiar with shareholders and the management of the American Forbes Media and the owner of ACMG Alexander Fedotov.

Magomed Musayev in a column of RBC:


Magomed Musayev writes that Rus Media made own investments in purchase "AS" which issues the Forbes and OK magazines! He is interested only Forbes therefore OK! in the nearest future it will be sold, it continues.