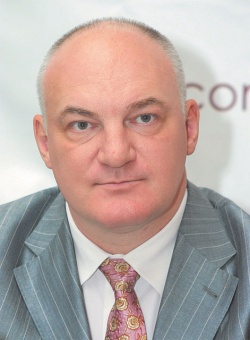 Graduated from the Moscow Aviation Institute as "radio engineer". Doctor of Engineering.

MegaFon conducted negotiations on purchase of Akado in 2010 too. In June he estimated the operator at $700 million, and in September, according to sources in Svyazinvest, increased the offer to the amount comparable to assessment of state holding.

After the transaction Pripachkin possesses 42% of Akado, and Vekselberg's Renova — 58%. Pripachkin does not disclose the amount and details of the transaction. But earlier this week he announced that he considers objective assessment of all company in $1.2 billion according to him, estimated Akado Svyazinvest at this amount.

Perhaps, Pripachkin expected money from the broken transaction with Svyazinvest, the analyst of VTB Capital Victor Klimovich assumes, and then found the buyer on behalf of Vekselberg. But, on the other hand, shareholders of Akado can thus try to convince the potential buyer that seriously treat assessment of the company, he argues. The last similar transactions passed till 8-11 indicators of EBITDA, Klimovich says. Then 7% could cost 56-77 million.

The rank "Master of Communication" is given to the highly professional workers of an information technology sphere and communication for progress in improvement of an infocommunication complex of the country, implementation of federal and regional programs of development of communication and informatization working in the specified area 15 and more years.