Updating of functionality of the End-to-end Biddings mechanism

On June 29, 2020 it became known that on Platforms ATI integrated with "The exchange of cargo transportation ATI.SU" the functionality of the End-to-end Biddings mechanism is updated. In upgraded version the mechanism became completely automated: there was a possibility of copying of loads and electronic document management on all chain. 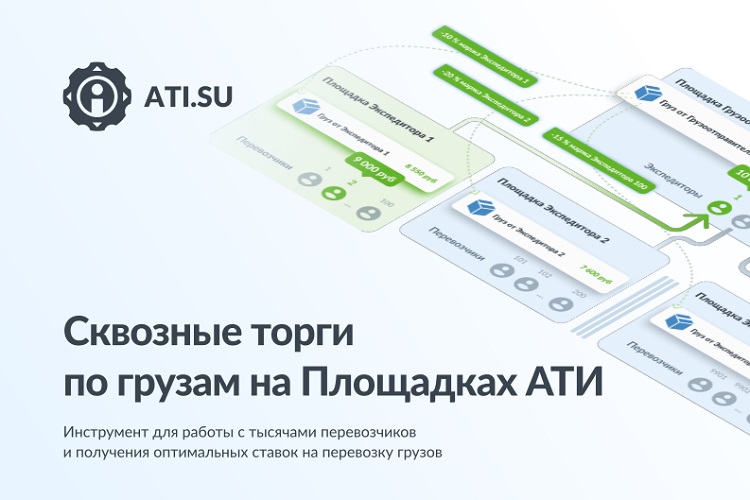 According to the company, "End-to-end biddings" help to reduce the price of automobile cargo transportation due to the transparent competition. For June, 2020 the price most often is determined during standard biddings by loads (Dutch auctions) at which the service in transportation is performed by the one who offers the lowest rate. But reduction of price at the same time most often is insignificant.

The problem is that such Dutch auctions are held among rather small amount of the checked forwarding agents therefore the competition is insufficient. Besides, forwarding agents are forced to put the margin with a stock as cannot foreknow at what price they will be able to agree with carrier. Quite often already forwarding agents, having won biddings, arrange the tenders among carriers, trying to find the most profitable to themselves option.

The End-to-end Biddings mechanism allows to take part at the same time in biddings to thousands of final carriers and does pricing transparent. At the expense of it consignors receive the market price of transportation. At the same time profitability for carriers does not decrease. Risks for forwarding agents decrease – the victory in biddings means that on a load the final carrier at the predeterminated rate is already found.

Thanks to the last updates of functionality the mechanism of "End-to-end biddings" became completely automated that allowed to accelerate process and it is essential to optimize expenses for all its participants. Electronic document management in all logistics chain is also completely automated: cargo owner-forwarding agent-carrier.

On April 27, 2020 the ATI.SU company announced updating of functionality of the service automating work with hired motor transport. The cloud service of Platform ATI allows to optimize logistic transactions due to reduction of manual work and increase in transparency of all processes. Users of upgraded version had an opportunity to organize biddings in which not only forwarding agents of the cargo owner, but also thousands of final carriers at the same time can participate and also to obtain the detailed reporting and analytics to all the orders. 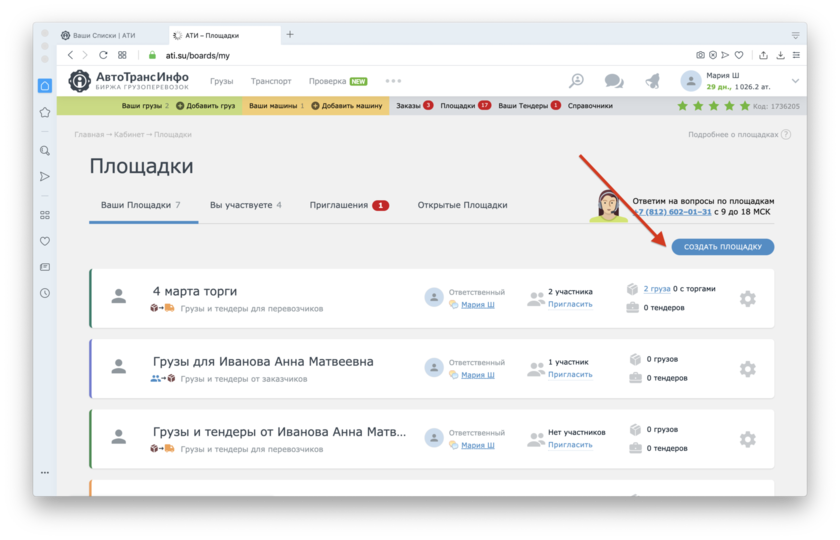 Platforms ATI service it is integrated with cargo transportation the ATI.SU Exchange which for April, 2020 is one of the largest platforms in Russia and the CIS countries and integrates about 200 thousand carriers and forwarding agents. He allows cargo owners and shipping companies to create own certain platforms and to interact on them with the checked carriers. Service is characterized by easy integration with any internal systems of the companies (TMS), including based on 1C and SAP. There are mobile versions for Android and iOS.

According to the statement of the developer, using Platforms ATI of the company can automate practically all process of the organization of transportation, releasing up to 80% of time of staff of logistics division. Traditionally at the organization of transportations in the manual mode the most part of time leaves on routine transactions: search of carrier, negotiations with it, drawing up request, document creation, transportation execution tracking, etc. When using service these operations are performed by a system – to the specialist rather simply to place a load, and appointment of carrier, information exchange with it and document creation will be automatic, at the same time all participants of the platform instantly receive adequate notices. Also service allows to obtain information on the status of transportation in real time: from departure of the driver on loading until the end of unloading. 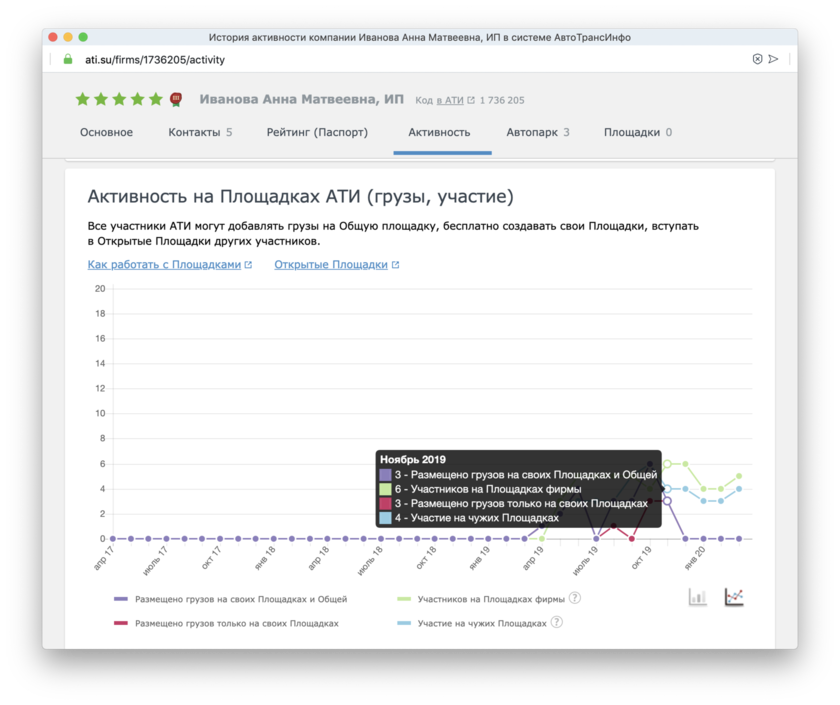 As noted in ATI.SU, one of the main tasks of service – to help the companies to optimize finance costs on the organization of transportations. It allows the logistician to distribute quickly loads between carriers not only on a fixed rate, but also starting biddings (Dutch auctions) when the carrier which offered the smallest rate gets a load. Thanks to integration with the ATI.SU Exchange the auction can be held not only among the forwarding agents and carriers, but also among all reliable participants there are exchanges. And the End-to-end Biddings mechanism allows to arrange biddings for a load not only among forwarding agents on the platform of the consignor, but also among all carriers with which these forwarding agents cooperate. The load placed on the platform of the consignor automatically is displayed on platforms of his forwarding agents, and biddings happen at the same time on all these platforms. As a result thousands of final carriers can take part in biddings, and the price for the consignor turns out is most optimal.

Upgraded version of the Analytics of Orders tool allows the companies to receive the detailed report with complete detailing and, thus, to see the broad picture on transportations, the directions and efficiency of biddings. Relying on it, they can adjust the actions. Work of employees becomes completely transparent, the solution designer claims.