Acer a C-series - a line of portable projectors

2020: A portable projector of C250i for smartphones

On July 30, 2020 the Acer company provided a portable wireless projector of C250i in Russia. The model is capable to project the image in permission of Full HD, differs in the compact sizes, design of the body of a many-sided form, existence of the integrated speaker phone and the capacious battery and also easy setup and connection to the smartphone. 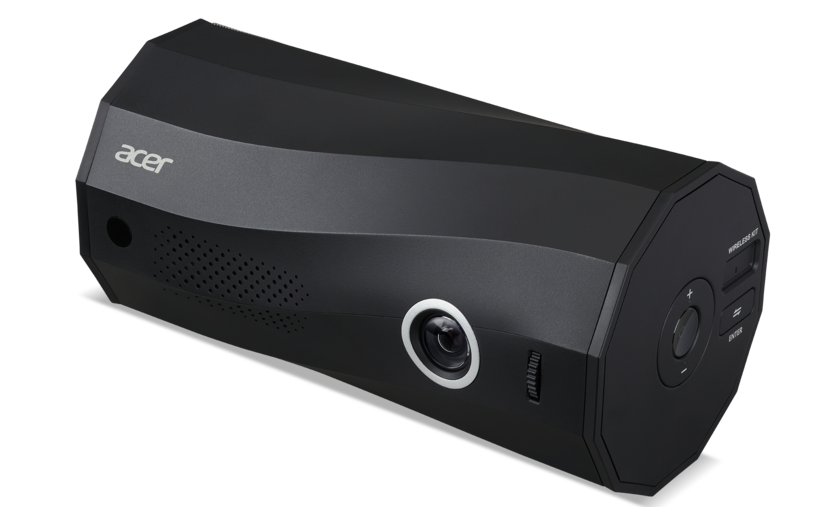 As noted in Acer, the projector of C250i was created for users who are always ready to share interesting content from the screen of the smartphone with friends and relatives. Thanks to the compact sizes and small weight it occupies in a backpack or a bag no more place, than normal Bluetooth- column therefore the projector can be taken with itself in a trip, on a picnic with spending the night or on a party. The many-sided and "wavy" design of the body allows the device keeps on any of edges. It allows to place it so that the image was projected on a surface almost at any angle, (for example, a wall of a tent or a ceiling of the room).

According to the producer, C250i is a projector which allows to project not only in horizontal mode 16:9, traditional for projectors, but also in vertical when together with turn of the body of a projector the image is automatically enlarged and occupies all space of screen 9:16 a.m. C250i "understands" this command and does not require additional settings or switching of the modes in the menu. This function will be suitable for broadcast of a photo or video from the smartphone screen.

The model is equipped with a LED lamp which provides high quality of the image and a natural color rendition with a 130 percent scope of a gamma of Rec.709. C250i supports resolution of a projection of Full HD 1080p (1920 x 1080 pixels) with a brightness of 300 lumens and level of contrast 5000:1. At the same time the projector joins quickly and disconnected to save the user's time. The projector is equipped with the built-in Bluetooth module and can be distinguished and be used by other gadgets as the portable wireless speaker with the 5 W loudspeaker. Own technology of the company, Acer TrueHarmony is responsible for sound quality. C250i is equipped with the accumulator on 9000 mAh which not only provides a progressive tense of independent operation, but also can serve as the external battery for the gadgets connected to a projector. Service life of a LED lamp of a projector makes 30,000 hours (in EKO the mode), claim in Acer.

According to the statement of the producer, the C250i setup will not be difficult even to beginning users. The device is capable to project automatically the image from smartphones and tablets based on Android or iOS, is able to reproduce multimedia directly from the USB drive without connection to the PC and also can charge the connected gadget along with image transfer through USB port. Also the projector is equipped with HDMI and MicroSD connectors for memory cards and external devices, and supports vertical and horizontal correction of the image.

The closest analogs of a projector of C250i in this family are the mobile mini-projector of C202i and the B250i model with a brightness of 1200 lm intended for home theaters.

Portable projector of Acer C250i on sale in Russia since August, 2020. The recommended retail price of the device — 44,990 rubles.

On March 22, 2018 the Acer company provided a portable projector of Acer C200 with the built-in accumulator for holding the presentations or watching video on departure. 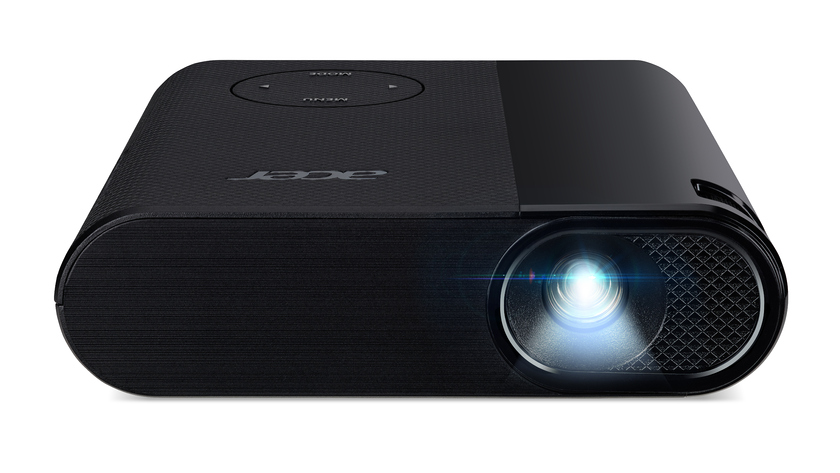 According to Acer company, the projector of C200 weighs 350 grams, and its sizes (110 x 120 x 30 mm) allow to transfer easily the device in a bag or a backpack therefore it is suitable for business and trips. The built-in accumulator with a capacity of 6700 mAh lasts for four hours of continuous work; it can also be used as the spare independent power source for the mobile phone or the tablet. During the trip to mountains to C200 it is possible to involve the particular mountain treatment in which cooling of a system amplifies to compensate sparseness of air.

Acer C200 creates a projection with the maximum resolution of 1600 × 1200 pixels (permission by default — 854 × 480 pixels), an aspect ratio of 16:9 or 4:3 and (ANSI) with a brightness up to 200 lm. Service life of a LED light source of the device makes 20,000 hours in the normal mode and 30,000 hours — during the work in the ECO mode. For economy of energy for lack of video signal the projector is independently disconnected, inclusion and switching off happen almost instantly.

Video signal of Acer C200 receives via the HDMI connector with support of MHL that it allows to route live on a projector the image from compatible tablets or smartphones. The corporate adapter of Acer (it is purchased separately) provides image transfer with the PC, the notebook or mobile devices in the wireless mode on Wi-fi network, specified in Acer. 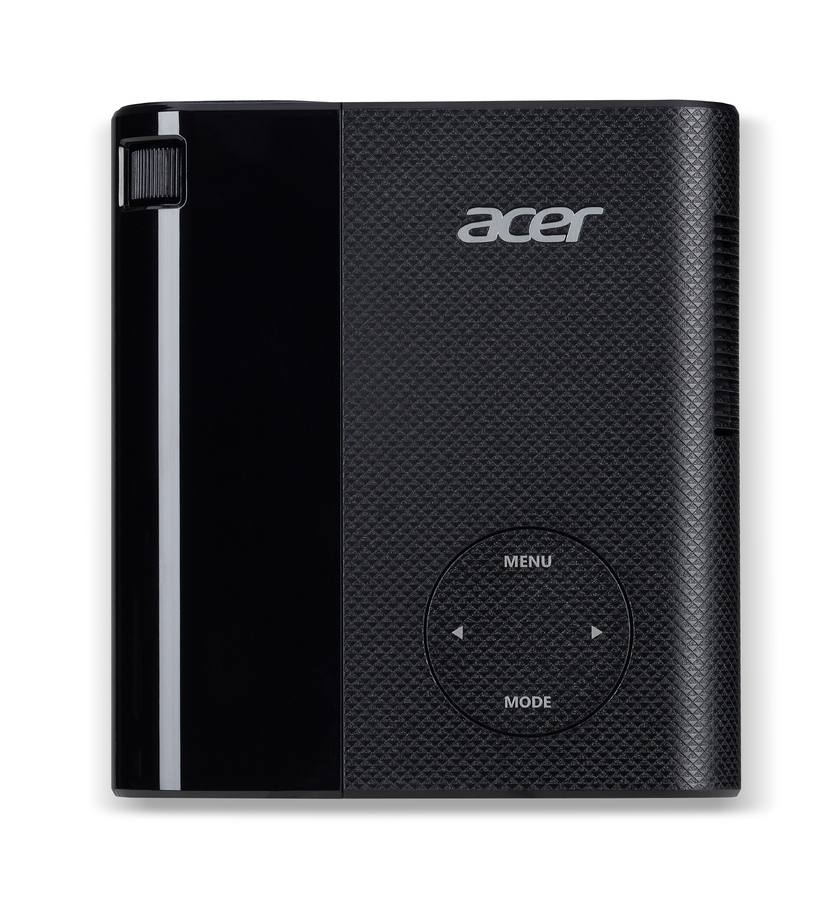 In C200 the Acer ColorSafe II technology which due to dynamic fine tuning of chromaticity of the image and application of high-quality LEDs as a light source allows to achieve a high image quality is used, noted in Acer. It eliminates a yellowish shade and prevents the fading of the picture arising over time.

The projector of Acer C200 went on sale in Russia at the recommended retail price of 19,990 rubles.