The Acer company provided on January 6, 2020 the ConceptD CT700 workstation.

The ConceptD 700 workstation supports powerful processors, including Intel Xeon E, and the video cards NVIDIA Quadro RTX 4000 thanks to what it easily copes with tasks of specialists in creation of video, animation and design in the field of architecture, design and construction using exacting CAD-applications and "heavy" software for work with content. In addition, ConceptD 700 perfectly will be suitable for any modern design studio thanks to minimalist design in the Scandinavian style with the rounded corners and a top panel "under a tree" and also to the low level of noise which even at peak load does not exceed 40 dB. 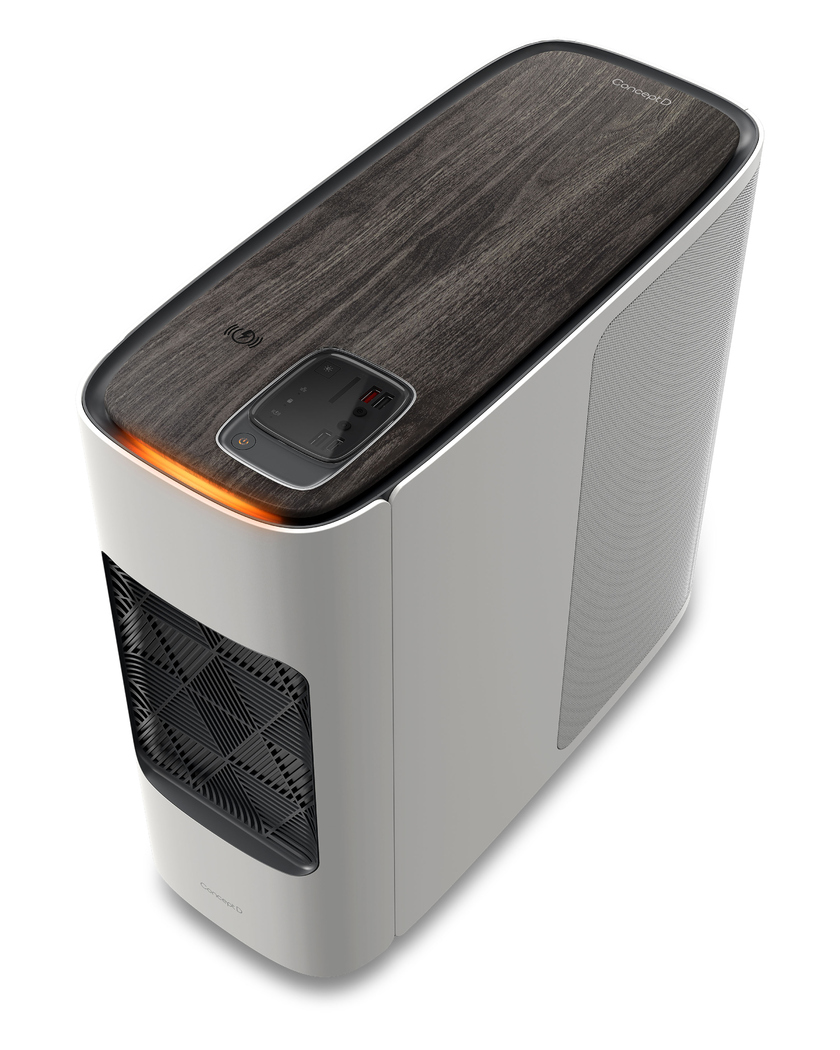 ConceptD 700 will easily cope with problems of any complexity thanks to support up to 64 GB of memory of DDR4 with a frequency of 2666 MHz, to the built-in PCIe M.2 solid state drive and existence of four additional disk drive bays with support of devices of a form factor 2.5 and 3.5 inches.

The powerful cooling system therefore three effective fans which inhaust air via the front panel with perforation are provided in ConceptD 700 at once is extremely necessary for rendering of "heavy" projects and pass it via all body. Not to litter a workplace with excess devices and wires, on a top panel of the workstation the wireless smartphones charger is provided, on the body fastenings for imperceptible placement of cables and a sliding support for earphones or the headset which can be removed when it is not used are located. 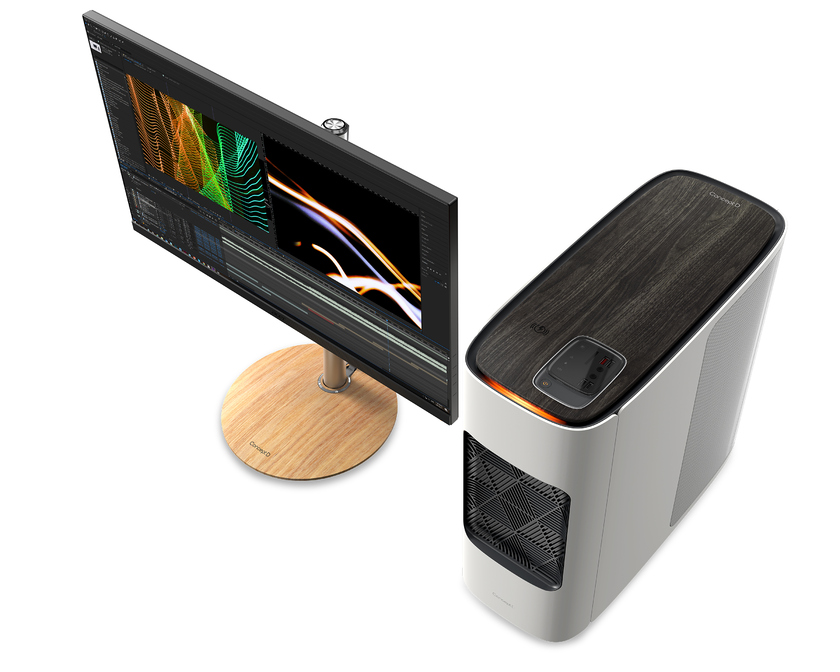 To achieve maximum capacity, the user can monitor load of the processor, the video card and memory of the device using special software of ConceptD Palette equipped with the working capacity indicator which signals about the malfunctions requiring elimination. For security the lock and the warning system about cracking attempts which will help to protect the device from theft and unauthorized access to data are provided in the notebook.

The ConceptD 700 PC is tested and certified by the largest independent software suppliers to provide full compatibility program both the hardware and stability of work of all components of a system.

The ConceptD 700 workstation will begin to be on sale in the countries of Europe, the Middle East and Africa in March, 2020 at the price from 1699 euros. Cost in Russia will be announced in addition.

On November 21, 2019 the Acer company presented at the Russian PC market for specialists of the creative professions working with graphics and video. Acer ConceptD CT500 differs in reserved and stylish design, convenient construction with wireless charging and a hub on a top panel. 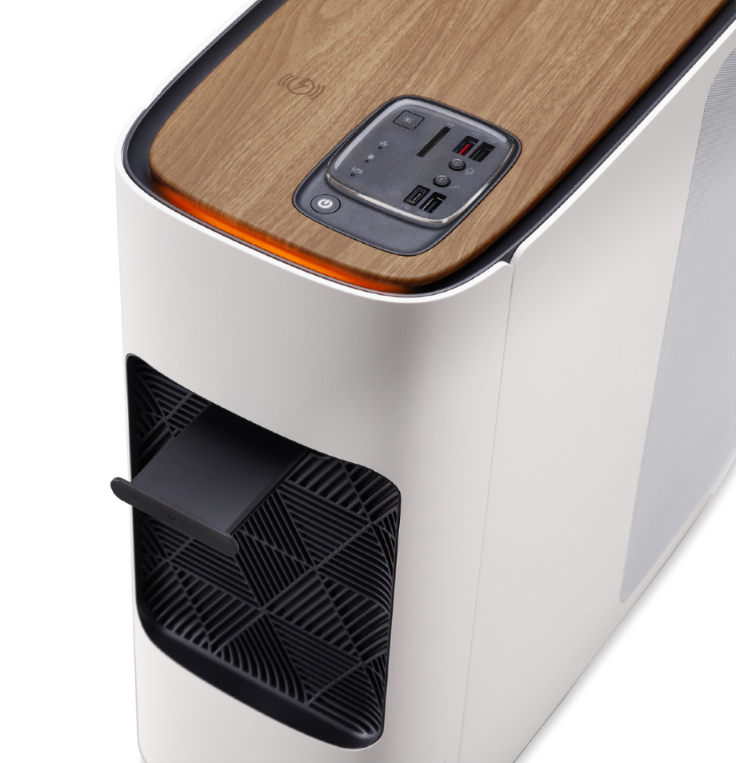 According to the statement of the producer, Acer ConceptD CT500 differs from normal office PCs in the design. The white opaque body contrasts with a black ventilating grate with a pattern from triangles and an orange LED insert on the front panel. The top panel of the body is executed of a light tree. At the same time all elements of the body are subordinated to the general idea of the maximum functionality: on a ventilating grate the holder for earphones is provided, and under a wooden panel wireless charging of Qi near which there is a hub with the card reader and USB connectors for connection of external devices, including USB 3.1 and USB Type-C protected by a transparent cover disappears.

As noted in Acer, "under a cowl" models the powerful system capable to cope with the most exacting applications for three-dimensional modeling and interior design, processing of video or creation of animation is hidden. Acer ConceptD CT500 supports installation of modern processors up to IntelCore i9-9900K and to 64 GB of the DDR4 RAM with a frequency of 2666 MHz, but the graphics adapter will become the main tool of the owner of the PC. Professional video cards from 8 GB of memory allow to cope with any tasks connected with graphic content, and in versions with NVIDIA Quadro RTX 4000 the AI technologies increasing system performance, and technology of ray tracing in real time for creation of lighting effects are supported. 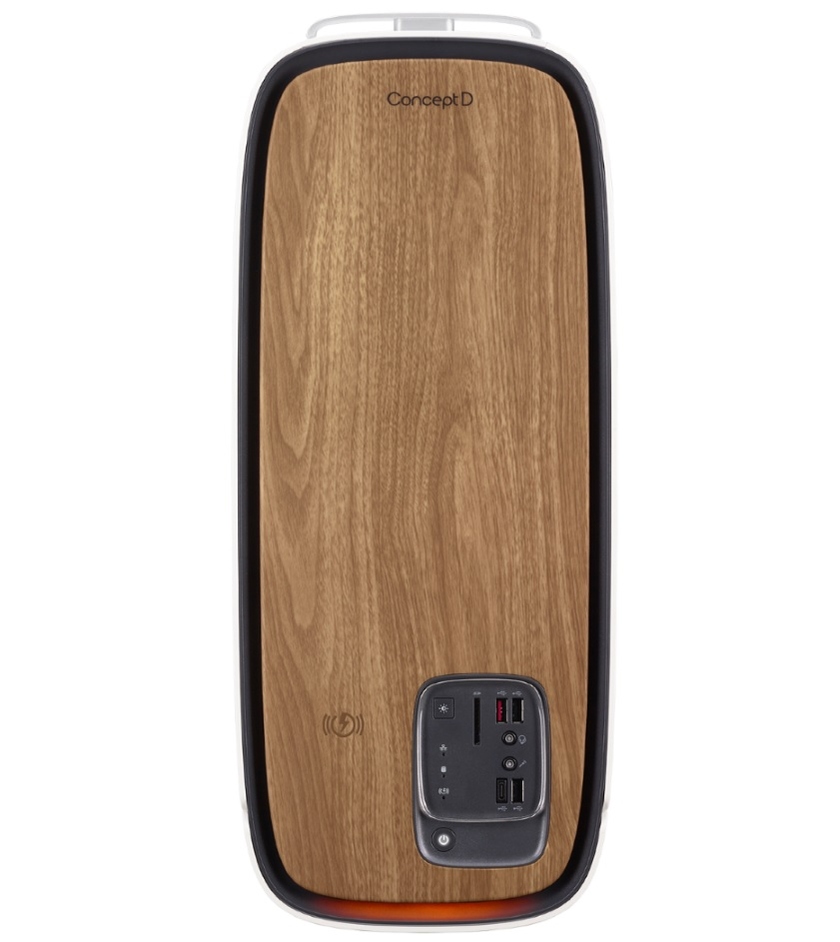 For convenience of users and an opportunity to expand file storage compartments for hard 2.5-and 3.5-inch drives are provided in ConceptD CT500. At the same time a system is equipped with PCIe solid state drive M.2 with a capacity up to 1 TB which provides fast loading of OS and applications, and the hard drive with a capacity up to 2 Tb for storage of work materials, emphasized in Acer.

When developing ConceptD CT500 engineers of Acer paid special attention to the cooling system. Three fans effectively take away heat from powerful components, but even at the maximum load — for example, during rendering of three-dimensional graphics — noise level will not rise higher than 40 dB, claim in Acer.

According to the producer, the PC differs in a simple and convenient monitoring system. Software of ConceptD Palette monitors load of the processor and the video card, level of loading of RAM and temperature of all principal components. At the same time the System Health Indicator technology uses LED illumination on the button of a power supply and the front panel of the body, quickly notifying the owner on possible malfunctions in a system, changing color of illumination.