On September 12, 2018 the Apple company provided fourth generation of the wrist computerized hours. The American producer claims that it is about the largest updating of Apple Watch in three years.

Apple Watch 4 Series received the improved accelerometer which can define falling of the user that can be useful for elderly people. If the smartwatch "understands" that the person fell and minute after that does not move, they automatically ring an emergency service and send the user's coordinates. 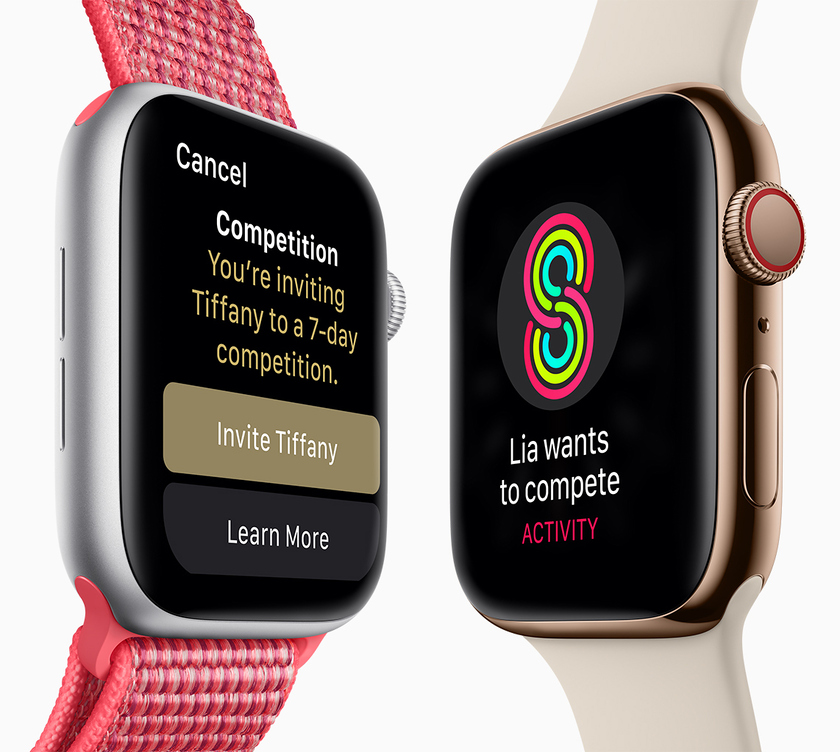 The device allows to remove an electrocardiogram (ECG) of heart. At the same time the owner of hours does not need to have special preparation: it is only necessary to open the application and to put a finger to the plane of a ring of management — two electrodes on the back of Watch 4 at the same time touch skin of other hand. All procedure takes only half-minute. Data of electrocardiograms and their analysis and also notes are stored in the Health application. Data can be sent the attending physician in the PDF format or to print.

An opportunity to consider an electrocardiogram allows to write kind of work of heart at the time of an indisposition, on medical acceptances it is not always possible to record symptoms of which the patient complains. Watch of Apple received certification from the Food and Drug Administration of the USA (FDA), i.e. officially is a medical product in the field of heartbeat. 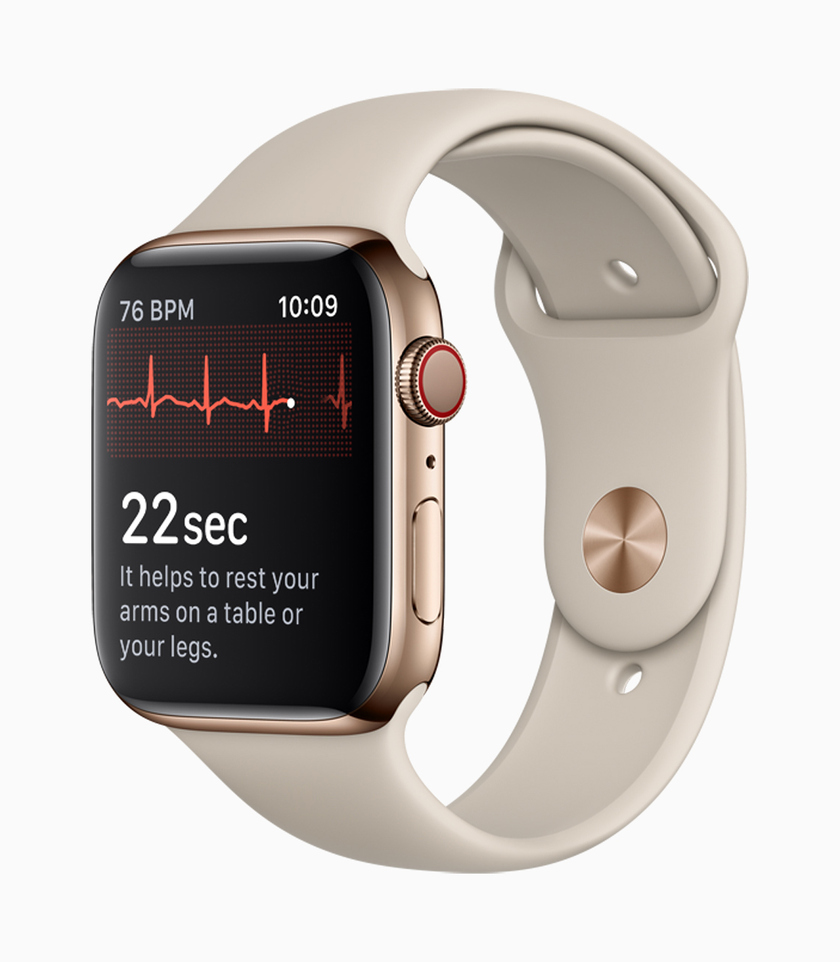 New watch of Apple is equipped with the frameless display which size is 30% more, than at last model

The American producer calls Apple Watch 4 Series the first consumer device with the ECG sensor which approved FDA. However at the end of 2017 similar  approval  was got by the KardiaBand structure of the American developer AliveCor which is built in a thong for the Apple smartwatch and in the same way monitors a warm rhythm of the owner, and in cases of aberrations suggests to remove the ECG and to send results to the doctor. At the same time KardiaBand twice cheaper than Apple Watch Series 4 costs: $199 against $399. In Russia the similar device is developed by Kardiokvark company.

The improved 64-bit S4 processor with two cores was the hardware basis for the wearable Wach 2018 Apple gadget of model year. It works "up to two times quicker", claim in Apple. "The digital crown" — a castor on one side — was processed hours from scratch, and now has a tactile feedback for activation of the ECG sensor. 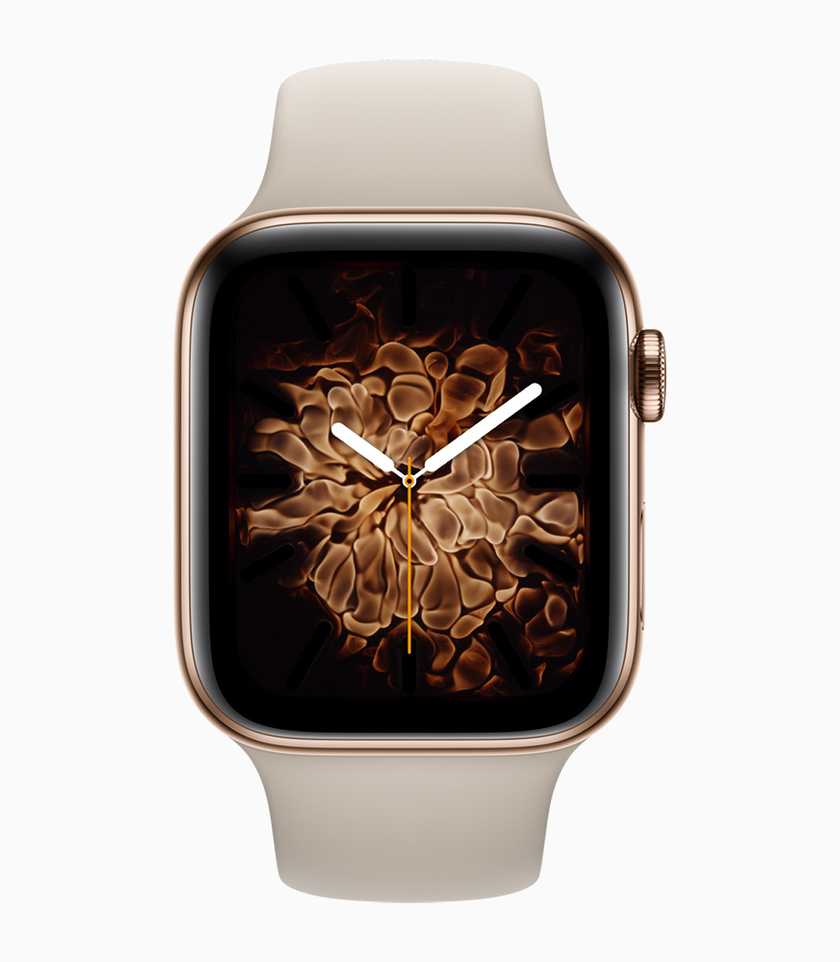 This sensor allows the device to distinguish an abnormal warm rhythm, fibrillation of auricles and other aberrations at the earliest stages.

The size of the Apple Watch 4 Series display grew approximately by 30-35%, edges of the screen became rounded. The data displayed on the screen can be arranged under themselves in a set of variations, for example, to place on it photos, dials with local time of the countries in which trips are planned. There were new welcome screens which beautifully beat a screen form.

The loudspeaker of hours became 50% louder. The ceramic cover provides the best conductivity of a signal.  Battery life can reach 18 hours.[1] 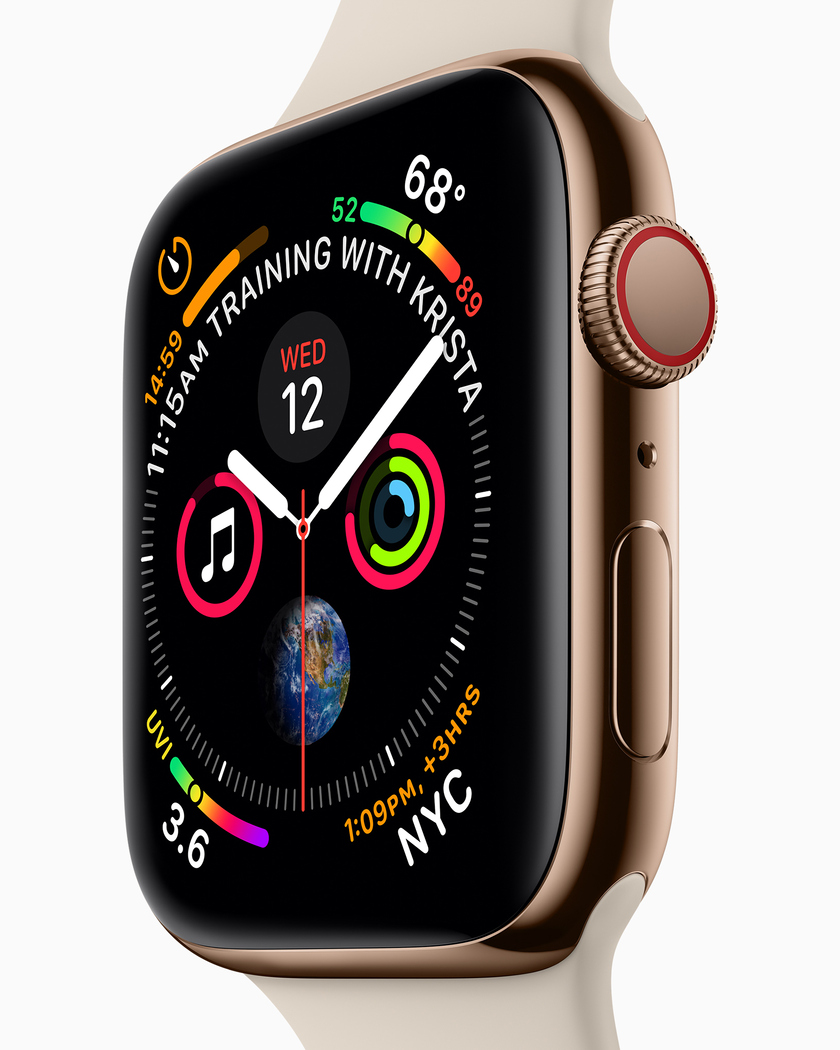 Hours are created in two the version: with the body on 40 and 44 mm. Apple notes that despite increase in the body, old thongs from former models approach Series 4.

The body is available in three flowers: silvery, gold and "gray space" for aluminum hours and silvery, gold, black for steel.