2020: The application was installed by more than 220 thousand people 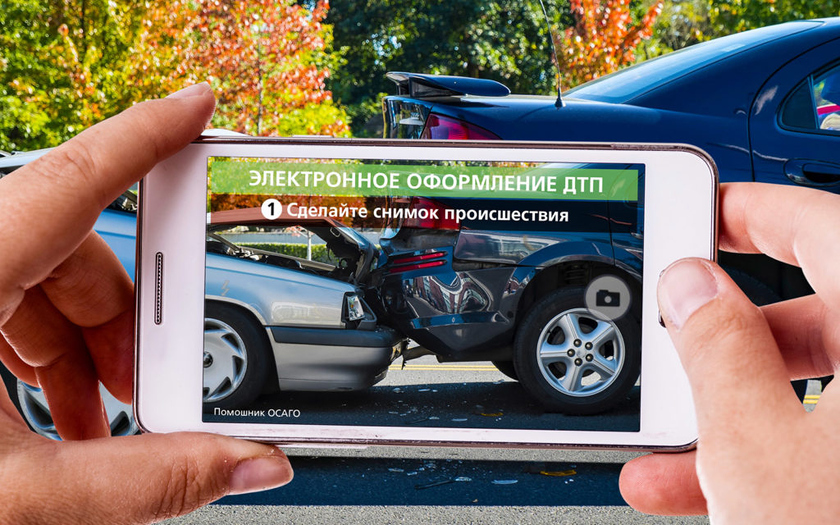 It is possible to use the application if road accident happened in the territory of one of five subjects of the Russian Federation: Moscow, the Moscow region, St. Petersburg, the Leningrad Region and the Republic of Tatarstan - irrespective of the place of a registration or accommodation of the car owner.

Issue road accident through applications, without call of traffic police, it is possible if two cars participated in road accident, and harm was done only to these cars. Besides, natural persons should be owners of machines, and both participants of accident should have the confirmed accounts on the portal of state services and they should have no disagreements concerning circumstances of incident. The application should be installed on the smartphone at least of one of participants of road accident. Mobile application for fixing of road accident is developed by the Bank of Russia, RSA and the Ministry of Telecom and Mass Communications.

Development process of the application is described in the questionnaire of the project.

On November 20, 2019 LANIT reported that by request of the Russian Association of Motor Insurers (RAMI) in cooperation with other companies Assistant of CMTPL — the first Russian service for execution of the European Accident Statement online took part in development and start in commercial operation of mobile application. Now car owners can register accident in electronic form without call of traffic police.

Using service it is possible to issue accident in which two vehicles are involved and there are no victims, and between participants of road accident there are no disagreements. The user of the application can select option of a design of road accident with photofixing (the maximum limit of payment — 400,000 rubles) or without it (payments — no more 100,000 rubles). Service for November, 2019 works in five pilot regions — Moscow, Moscow area, St. Petersburg, the Leningrad Region and Tatarstan.

LANIT implemented the project in cooperation with the companies "RT Labs" and 65apps by request Bank of Russia, Ministries of digital development, communication and mass communications of the Russian Federation and the Russian Association of Motor Insurers. LANIT provided completion of automated information system of the Russian Association of Motor Insurers (AIS RSA) for integration mobile application with services of official internet-portal of public services and information systems insurance of the companies. It allows a system to check the user and the insurance policy of the car owner and also to transfer data from a single system identifications and authentications (UNIFIED IDENTIFICATION AND AUTHENTICATION SYSTEM) to mobile application for partial prefilling of fields of the notification on road accident. Then the document created in the AIS RSA is transferred to insurance companies as the notification for the subsequent execution of the European Accident Statement.

For improvement of quality of work of service the Lanit Examination company (enters into group of CHEEKS) held testing of a complex of systems: mobile application Assistant of CMTPL, the AIS RSA and services of an execution of the European Accident Statement online on the Gosuslugi portal.

After results of implementation of a complex of the systems of service in pilot regions become known, requirements to subsystems on improvement of quality of the provided service will form. Start of a system in all territory of the country is expected in 2020.

For the first week of work "The European Accident Statement online" more than 150 notifications on road accident are registered. Mobile application in AppStore and PlayMarket was downloaded by more than 20,000 times.

Application launch in the pilot mode

On November 1, 2019 in the test mode mobile application Assistant of CMTPL which allows motorists to make out small road accidents without participation of traffic police was started. Full start of service - in the territory of the whole country is planned for 2021.

Mobile application Assistant of CMTPL began to work in the test mode in Moscow, the Moscow region, St. Petersburg, the Leningrad Region and Tatarstan. These five regions, according to the president of the Russian Association of Motor Insurers Igor Jürgens, were selected for application testing according to the internal rule of the union determined by its presidium.


Come to the end application testing, according to him, can in the I quarter 2020.


What budget of RSA is ready to select the applications for completion he did not tell, however noticed that the means intended for this purpose are very limited. Saying about how the application can be finished, the deputy minister of digital development Maxim Parshin noted that it will have a new functionality already soon - for example, the designer of road accident for display of the scheme of accident.

Let's note that mobile application Assistant of CMTPL - the first of superservices, work on which is supervised by the Ministry of digital development. Its development was performed by the Russian Association of Motor Insurers together with the Bank of Russia. At the same time such companies as Lanit, RT Labs and Gigabyte were involved in application programming as subcontractors with the union.

The Assistant to the CMTPL application allows the user to make the electronic protocol of road-transport incident. However it is possible to issue the protocol only if owners of vehicles are individuals, both participants of road accident have the confirmed accounts on the portal of state services and they have no disagreements on circumstances of incident. At this road accident should not have victims, and no more than two machines should be its participants. 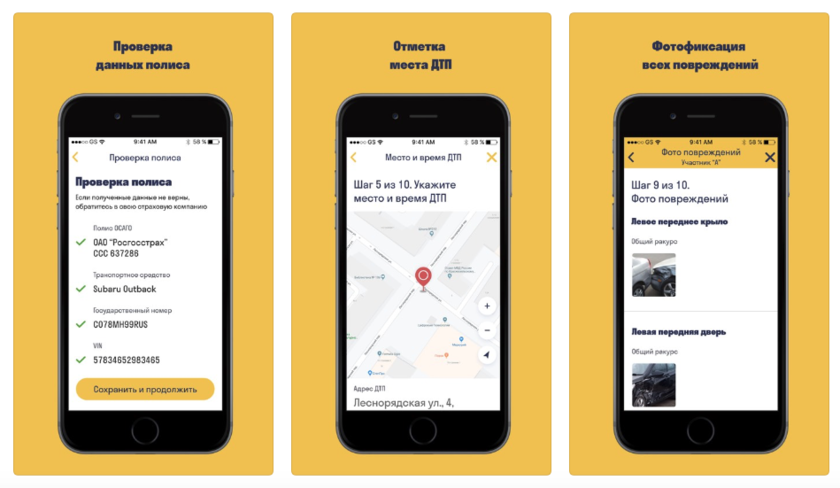 For execution of the road accident electronic protocol as noted in RSA, it is necessary that mobile application was installed on the smartphone of one of participants of accident. All data (the car driver license, the registration certificate of the vehicle, and in the future and the insurance policy) for execution of the notification arrive from profiles of drivers on the Gosuslug portal.


Told the following about how operation of application with a notification form in the union is based:


The union also noted that the user needs still to draw the scheme of the road accident as such independently - until in the application additional service is not started.


All process of an execution of the electronic protocol of the road accident as told in the union, takes about 15 minutes.


In addition to execution of the electronic protocol of the road accident, the application gives to the user the chance to store data on drivers, including numbers of their rights and the insurance policy, the registration certificate of the vehicle. Information is tightened in the application from personal accounts of drivers on the portal state services. Also the application allows the user beforehand, even before road accident, to check validity of the policy via the AIS CMTPL on its series and number.

As of November the Assistant to the CMTPL application is available in directories of Google Play and App Store.[1]

Commenting on application launch Assistant of CMTPL, Igor Jürgens noticed that by November, 2019 already more than 50% of accidents are made out without call of traffic police officers.


The first deputy chairman of the Bank of Russia Sergey Shvetsov paid attention that, in addition to time saved for participants of road accident, has mobile application the result reduction of traffic jams.