As of December, 2015 the Russian ARM processor which is in development for personal computers.

On May 21, 2020 the Synopsys company announced that the Baikal Electronics company used EDA and IP-cores of Synopsys company when developing the Baikal-M microprocessor. Performance and energy efficiency of Baikal-M made on 28-nanometer technical process and including eight 64-bit computing cores of ARM Cortex-A57 and the eight-nuclear graphic ARM accelerator is reached in many respects thanks to the Synopsys Fusion Design platform. Processor capacity in combination with a set of various interfaces of Synopsys allows to use Baikal-M for consumer wide segment and B2B of the market, namely in desktop computers, notebooks, monoblocks, microservers and the built-in systems. 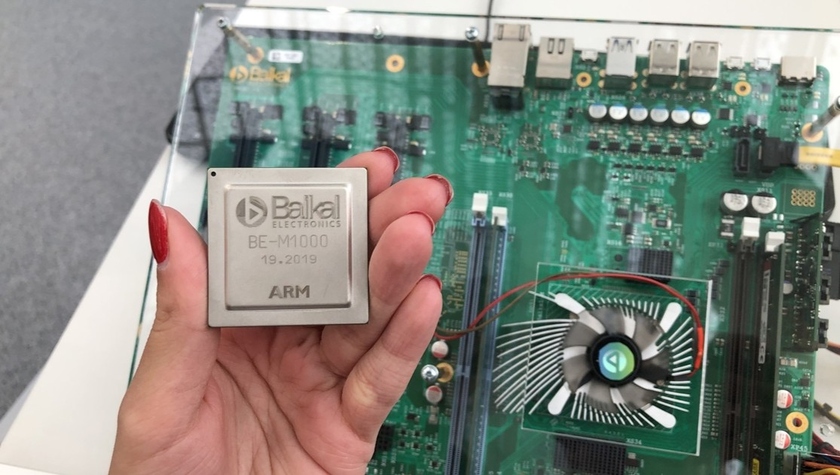 According to the company, for development of the processor the Baikal Electronics company used the following key products and IP solutions of Synopsys company:

Support by the Sisyphus project

According to information for April 14, 2020 the Sisyphus project which develops BaseALT supports the systems based on processors of architecture ARMv8 to which domestic Baikal-M of development of Baikal Electronics belongs. Read more here.

The agreement provides collaboration in creation of the Russian workstation in a line of "an automated workplace of Peresvet Depot" based on the BE-M1000 (Baikal-M) microprocessor with a packet of the domestic software and a possibility of modular expansion. The solution will be adapted for requirements and the systems of nuclear sector and should contribute to the development and implementation of import-independent solutions in Rosatom. Read more here.

On October 23, 2019 the Baikal Electronics company provided the next BE-M1000 processor intended for the broad range of devices consumer and B2B of segments of the market. The presentation was held by the CEO of developer company Andrey Evdokimov. 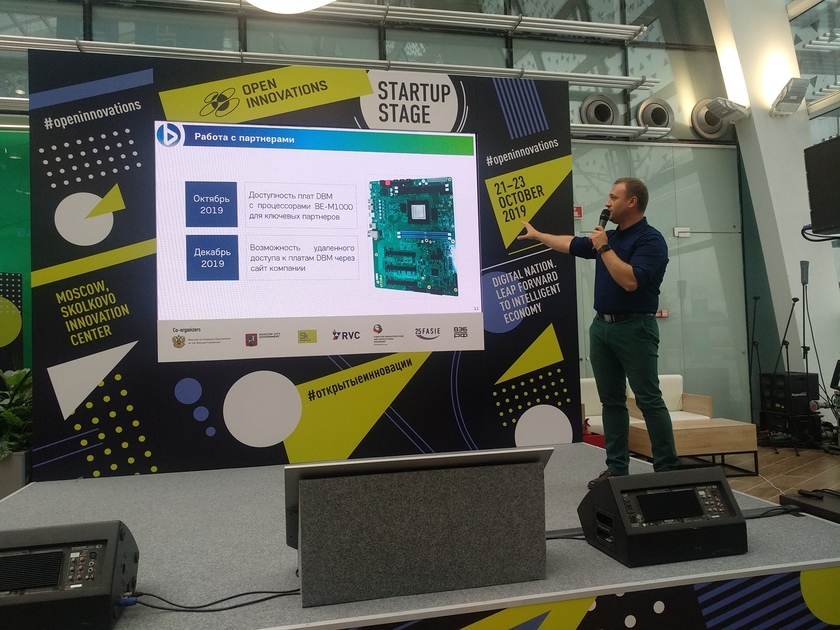 The Russian BE-M1000 processor is the system which is released on 28-nanometer technical process on a crystal which cornerstone eight 64-bit cores of ARM Cortex-A57 (ARMv8-A) and the eight-nuclear graphic processor Mali-T628 are. The processor has a set of the integrated communication interfaces and high computing power thanks to what it will be able to find application in workstations, monoblocks, notebooks, servers and thin clients.

Baikal Electronics specializes in design of systems on a crystal which cornerstone architecture of ARM and MIPS are. Developments of the company are held for use in the Russian and international markets in the energy efficient computer and industrial systems with different performance level and functionality. Her cofounders are the companies "T-Platforms" and "T-HAHO". For the purpose of development import substitution Baikal Electronics is going to provide, first of all, the DBM payments to domestic manufacturers of the equipment and to system integrators for a possibility of development of the complex Russian IT- solutions.


Technical characteristics of the BE-M1000 processor for October, 2019:

The Russian company "Baikal Electronics" showed in September, 2019 to potential customers the new, second Baikal-M microprocessor. Unlike the first chip of the company — Baikal-T1 (the new name — BE-T1000) on architecture of MIPS (created according to the concept of RISC i.e. for processors with abbreviated call of commands) — innovation is implemented on architecture of ARM (from engl. Advanced RISC Machine).

As developers on the website note, Baikal-M represents the so-called system which is released on technical process of 28 nanometers on a crystal, "the cornerstone of which eight 64-bit cores of ARM Cortex-A57 (ARMv8-A) with support of the vector NEON expansions and the eight-nuclear graphic processor Mali-T628 (MP8) with hardware acceleration of video playback in H.264/H.265 formats are".

Baikal Electronics assures that the processor has a broad set of the integrated communication interfaces and high computing power thanks to what it will be able to find application in workstations, monoblocks, notebooks, servers and thin clients[1]. 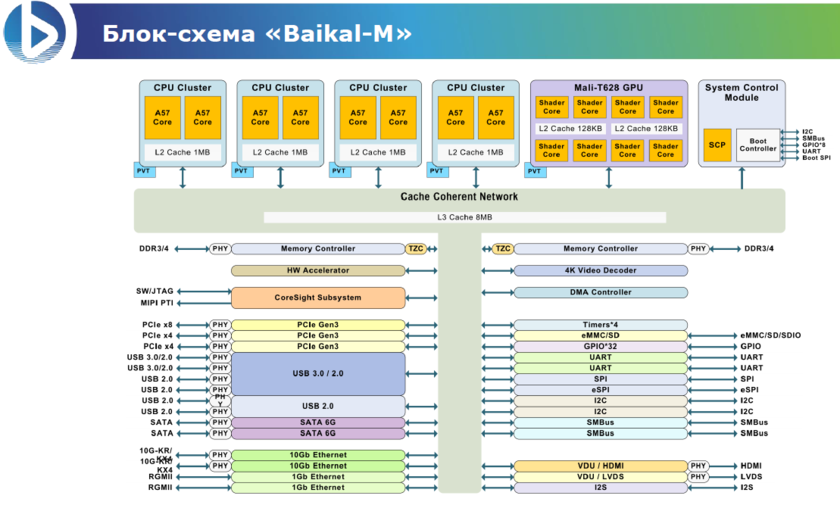 On January 26, 2016 it became known of terms of an exit of the next generation of ARM chips of Baikal Electronics and also a name of the partner of the Russian company in development of software for the equipment based on new processors.

According to Kommersant with reference to the message of Baikal Electronics, the company developed "road map" on production of new microprocessors. To the second half of 2016 it is going to release engineering samples of the 28-nanometer eight-nuclear microchip Baikal-M containing a 64-bit core of ARM Cortex-2679656E3B7 and intended for desktop computers and the built-in systems.

On the same core of Baikal Electronics it intends to create the eight-nuclear Baikal-MS processor for microservers, its trial versions will be developed until the end of 2016. At last, in the 2017th the company promises to release engineering samples of the 16-nanometer Baikal-S processor for servers. The chip will contain up to 32 computing cores, the representative of Baikal Electronics Andrey Malafeev reported the newspaper.

The equipment based on the Baikal-M processor will be completed with basic Linux- software developed jointly by companies "Baikal Electronics" and BaseALT, the CEO of the last told the edition Alexey Novodvorsky.

According to him, the BaseALT develops distribution kits of the operating system for different tasks and also pays special attention to work of the Russian software on the platform of the company. By the end of January, 2016 of BaseALT created samples OS for testing. Baikal Electronics and BaseALT do not open financial side of the joint project.

The head of ALT Linux Alexey Smirnov says that the BaseALT will be able to earn in addition, offering the created Linux distribution kits of different function to OEM manufacturing who will release the equipment based on Baikal-M.[2]