Kristofari is the supercomputer created especially for work with algorithms of artificial intelligence. Is a part of a product line of AI Cloud.

2020: An opportunity to apply Kristofari to work with any categories of personal data

On March 31, 2020 Sberbank reported that the cloud platform of AI Cloud intended for solving of tasks in the field of artificial intelligence received the certificate of compliance to the security requirements imposed to personal data information systems (ISPDN) when ensuring the second level of security of personal data. It gives to clients of the platform the chance to use the Kristofari supercomputer for work with any — biometric, special, public and others — categories of personal data and to create services on the basis of AI algorithms using the advanced medical diagnostics, face recognition, voice biometrics and other technologies.

Thus, Kristofari became the supercomputer on which it is possible to process personal data according to requirements from the Russian regulators.


Effective performance of Kristofari for March, 2020 is 6.7 PFLOPs (according to the LINPACK test). Peak capacity — 8.8 PFLOPs.

On December 16, 2019 Sberbank and SberCloud announced start of the Kristofari supercomputer in commercial operation and availability of its capacities to clients – legal entities. It is possible to order service via the website SberCloud. 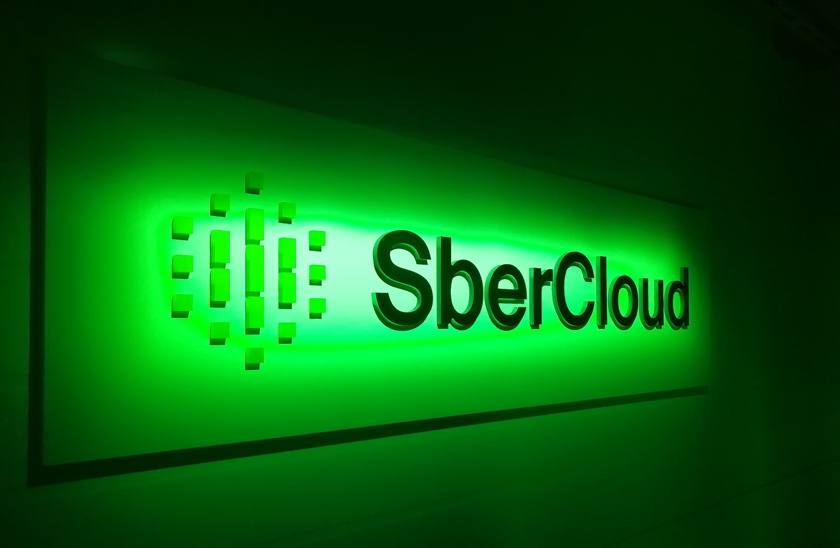 In November rating top-500 supercomputers of the world of Kristofari, the having Pflops with a real performance of 6.7, takes the 29th place and is the most powerful computing system given to the list from Russia.

Kristofari was designed for the solution of a certain applied task – training of models using artificial intelligence, explain in SberCloud. 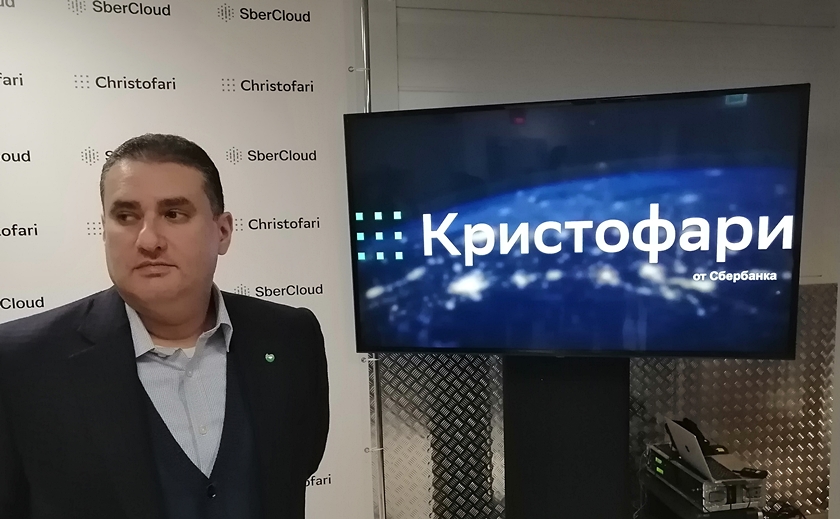 Within service according to the SaaS model not only computing powers are provided to clients for parallel computings and a set of the necessary system software, but also the application software for this specific objective - Jupyter Notebook, the managing director of SberCloud Mikhail Lobotsky told TAdviser.


It in SberCloud is called one of key differences of the service from competing which, however, are not so numerous in the Russian market. Resources for high-performance computing on the Internet, for example, are provided by MSU, the center of supercomputer simulation based on "The Solnechnogorsk instrument plant" (is a part of Rostec), "T-services" ("subsidiary" of T-Platforms).

One more key difference in SberCloud call payment model: money is levied only directly during training of model. And data loading, their marking, preparation is not rated, explained TAdviser in the company. 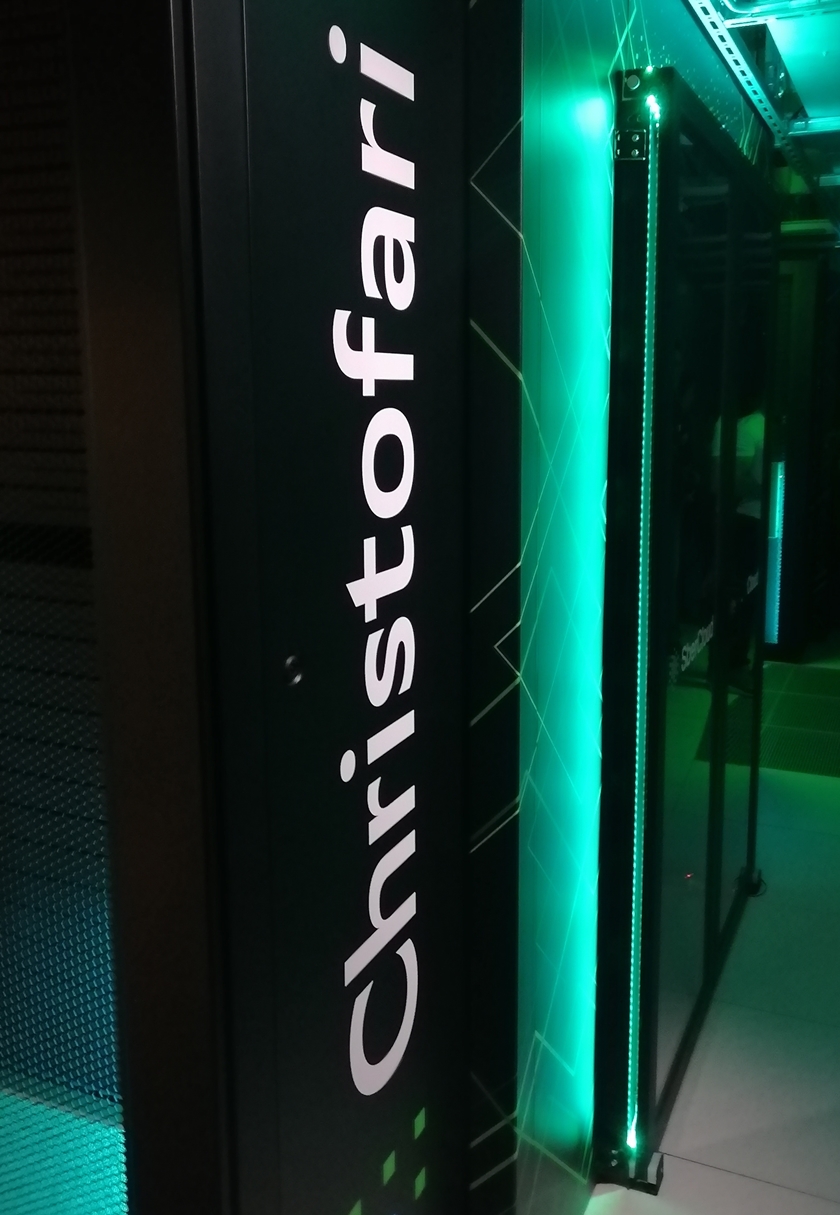 Sberbank, and under general conditions, developed for all clients became the first commercial user of Kristofari, claim in SberCloud.

Mikhail Lobotsky told TAdviser that at the time of the announcement of commercial availability there are no signed contracts with other clients yet, however in SberCloud see interest in service and conduct testing with a number of the interested companies. Their names in SberCloud do not open, but say that they are submitted by the different industries.


Training of models based on AI is demanded in the financial sector, the managing director of SberCloud says. According to him, colleagues and from other banks make inquiries to them. 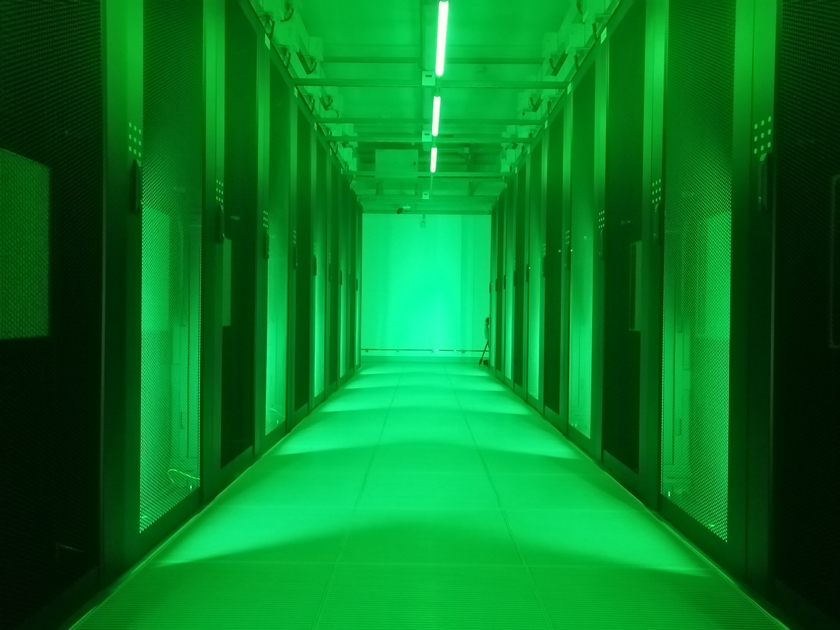 Racks with the equipment of the Kristofari supercomputer (a photo - TAdviser)

Also, Lobotsky says, demand is in an oil and gas sector, in particular, in geological exploration for modeling of fields. In this case it is about demand from the oilfield services companies rendering services to the oil and gas extraction companies the managing director of SberCloud noted in a conversation with TAdviser. Training of models in medicine and also in retail – for demand forecasting is demanded.

One of areas where training of models based on AI is demanded, is training of voice assistants for call centers, the representative of SberCloud gave an example. As a marketing mix on Kristofari using samples of a real voice synthesized a voice of the head of Sberbank German Gref. The data set at which it is possible to train models in this way becomes less and less, Mikhail Lobotsky noted. 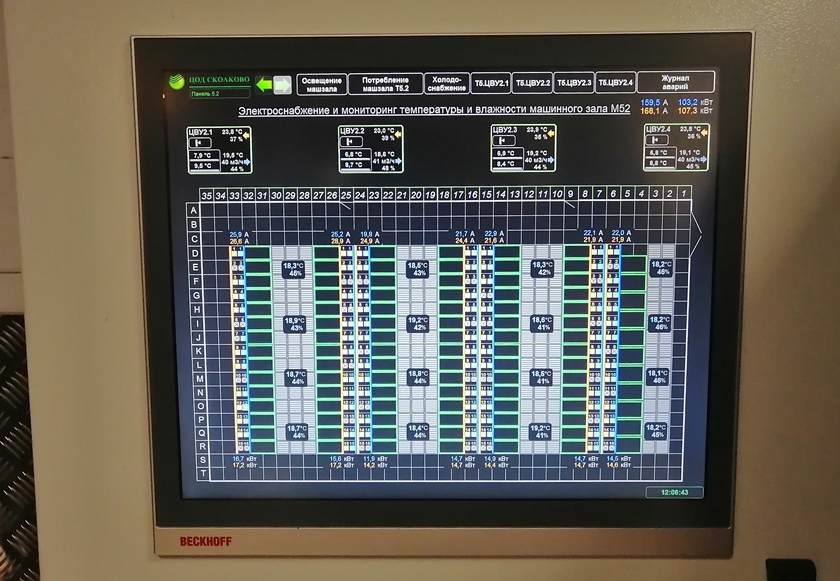 At the time of the beginning of commercial operation to attract more clients, SberCloud started an action: "100 rubles in 100 minutes of all power of the Kristofari supercomputer for training of models" clients can receive 100 minutes of work on amount of data to 10 gigabytes for a symbolical payment. The action will be prolonged till June 12, 2020.

The Kristofari supercomputer is located in DPC of Sberbank in Skolkovo, it occupies one machine hall. One of features of this DPC his developers call that it for 85% is cooled using free cooling technology – at the expense of air from the environment. Air gets and undergoes two-level cleaning then goes to halls. A system works at ambient temperature below 20 °C. If it is necessary, it dookhlazhdatsya by classical chillers.

Opportunities and ways of use of artificial intelligence in production companies will become a discussion subject within the section "IT in the Industry" on [1] TAdviser SummIT 2019. The director of business development in a public sector of SberCloud company Kayumov Shamil will tell participants of a forum as to the enterprises to upgrade production and to avoid big costs due to implementation of modern IT and why it is more profitable to work in "cloud" for the company, than to contain own infrastructure.

Digitalization of a manufacturing sector in Russia by 2025 will be able annually to increase the volume of GDP of the country by the amount from 1.3 trillion rubles to 4.1 trillion rubles. According to the research McKinsey Global Institute, use of digital technologies will increase performance of the enterprises by 45–55% and also will reduce product yield terms by the market for 20–50%.

According to Shamil Kayumov from SberCloud, high degree of depreciation of fixed assets becomes more and more server problem for the enterprises and they need upgrade of industrial productions, at the same time all modern methods of production management are based on IT.

Production management systems - ERP systems and MES systems - can work from "cloud". The SberCloud company provides to clients cloud infrastructure and, thus, production upgrade will be provided, at the same time capital costs will be significantly less than if the enterprise used the IT infrastructure.

The Christofari supercomputer which Sberbank and SberCloud presented on November 8 at the international AI Journey exhibition can be a core for creation of completely automatic productions, providing transition to so-called "deserted" technologies.

In November, 2019 the updated rating of the most powerful supercomputers in the world was published. Christofari in it took the 29th place. Read more here.

Announcement of the supercomputer

On November 8, 2019 Sberbank and its cloud provider SberCloud provided the supercomputer which developers call the most powerful in Russia. Its resources are going to be used for creation and development of internal services of an ecosystem of Sberbank on the basis of artificial intelligence and also to sell as service to users of a cloud service of SberCloud.

Sberbank says that supercomputer capacity in the carried-out tests of Linpack (the most popular benchmarks for measurement of power of the high-performance systems) reached 6.7 Pflops. For comparison, the actual capacity of the most powerful supercomputer of Russia in rating top-50, the made MSU in September, is about 2.6 Pflops. It is the Lomonosov-2 supercomputer installed in MSU which developer is T-Platforms.

The supercomputer of Sberbank which received the name Christofari in honor of the first client of savings banks of Russia Nikolay Kristofari was created in partnership with Nvidia on the basis of the high-performance Nvidia DGX-2 nodes equipped with computing Tesla V100 accelerators.

Presenting the supercomputer, CTO of Sberbank, the executive vice president, the head of the Technologies block David Rafalovsky with nervousness noted that Christofari is "the main ingredient" of an AI cloud of Sberbank. 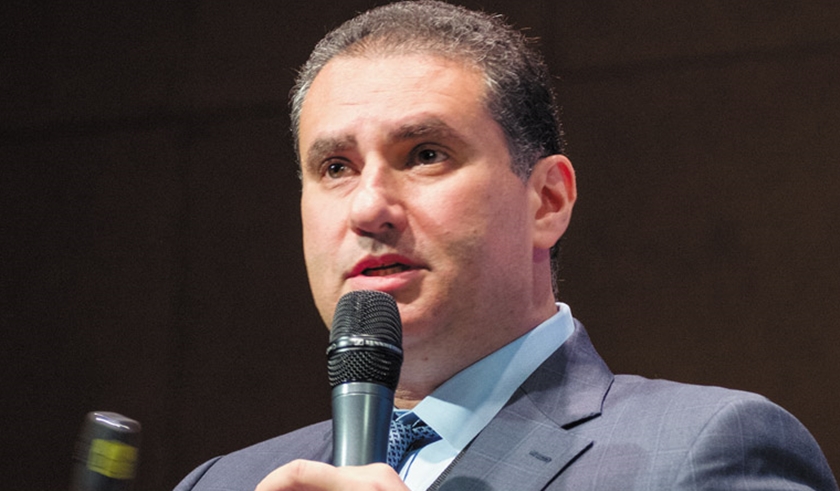 The calculator is intended for solving of tasks on development and use of algorithms of artificial intelligence on purpose many times to accelerate their accomplishment. For example, with its help it is possible to provide quickly training of the models based on deep neural networks.

The machine can be used in a broad spectrum of areas, such as natural languag processing, computer vision, the automated decision making, assessment and risk management, fraud identification, predictive analytics, creation of voice assistants and chat-bots and also in other directions.

One of the first users of the supercomputer is a partner and the company as a part of Sberbank – the VisionLabs company using the computing system for parallel processing of a set of video flows. Other user – S7 airline where tested the supercomputer on training of the model solving a problem of prediction of demand for air tickets.

Sberbank as of November already uses the supercomputer for several processes of banking business, for example, at recognition and speech synthesis in the automated analysis of customer appeals in call center of bank, for the automated robot operator. Earlier the bank trained AI for these purposes within a month, with the supercomputer — several hours, declare in Sberbank.

Supercomputer services will become available to customers since November 12, Rafalovsky announced. The cost of services will depend on the volume of the ordered capacities. Rafalovsky sounded the price of use of all supercomputer entirely - 5.75 thousand rubles a minute. It "is exclusively cheap", CTO of Sberbank stated.

Also he sounded a promotion action: for 100 rubles a minute of SberCloud offers 100 minutes of all power of Christofari. This offer in Sberbank is considered convenient for those who want to try as it works.

At the same time Sberbank is ready to provide to universities and the scientific organizations access to the Christofari resources for a symbolical payment or is even free at the moments when the computing system is not loaded by commercial clients.

The chairman of the board of Sberbank German Gref complemented the presentation with the statement that if a system is strongly loaded by orders, the bank is ready to invest in creation of one more supercomputer.

It is necessary to tell that Sberbank not the first who offered commercial clients remote lease of resources of the supercomputer and related services. Rosatom at which one of the most powerful, and, maybe, and the most powerful supercomputer in the country is also set began to do it of the large organizations even earlier, for example. All the matter is that Rosatom does not open performance measures of the machine.

Also the developer of supercomputers T-Platforms began to provide similar services even earlier, having created for this purpose in 2008 separate company – "T-services". In addition to lease of computing powers the company also offers services in mathematical modeling of physical processes, development of special software, etc. Revenue "T-services" at the end of 2018 made about 80.5 million rubles.

In 2018 the "Solnechnogorsk Instrument Plant" (SIP) which is a part of Rostec put into operation the center of high-performance computing and modeling, though with an essential delay. On its base it was also going to render services of remote access to high-performance resources and the accompanying services. In Ruselectronics where SPZ enters, in July, 2019 told TAdviser that in a segment of providing supercomputer resources in Russia deficit of offers is observed.

MTS told TAdviser that demand for service steadily high, in plans of cloud provider#CloudMTS further increase in resources of the supercomputer for the offer to clients.