Eclipse – one of the most widespread development environments among associates of developer Java, available to Windows platforms, Mac and Linux.

On March 4, 2016 the community Eclipse Foundation announced release of the version of Eclipse under the name Eclipse Che. The companies took part in work on creation of this version Codenvy Red Hat, SAP and Microsoft[1]. 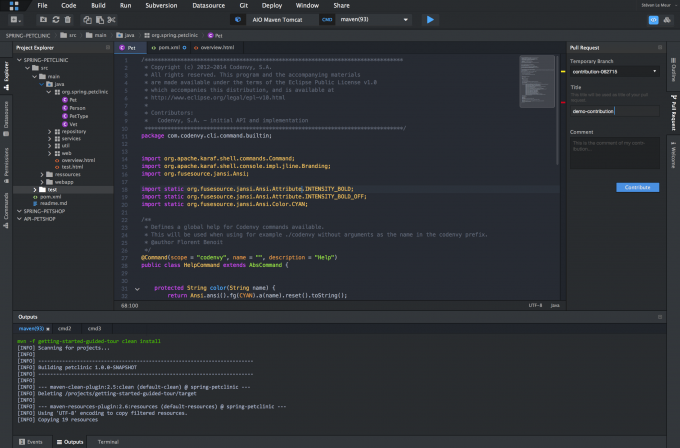 Screenshot of the editor of the Eclipse Che (2016) environment

Among features there are versions of the Eclipse development environment:

But even if not to take into account integration into building tools of Microsoft, the Eclipse environment for a long time not that that it was earlier.


The source code Eclipse Che is available to loading on the GitHub portal.