By July 31, 2020 the project Russian "tamagoch for hackers" Flipper Zero attracted $840 thousand on the crowdfunding platform Kickstarter at a stated purpose in $60 thousand.

Flipper Zero is supplied with the 1.4-inch monochrome LCD screen, the five-button joystick, the status indicator, USB Type-C port, the IK-transmitter, the radio module, GPIO contacts and also a key for an exit and return. "Lives" in the device virtual who needs regularly to be fed up — as popular digital small animal from the 1990th. 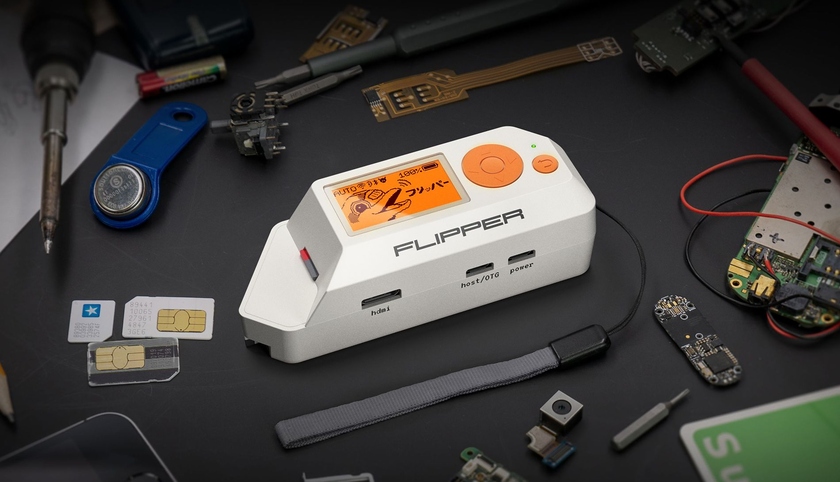 According to developers, the device allows to intercept control of TVs, a Split systems, on-door speakerphones and other electric devices, even garage gate.

The infrared transmitter  can send signals to any TVs, conditioners, stereosystems, etc. Flipper supports the built-in library of widespread commands, such as inclusion/switching off, change of volume or adjustment of temperature. Also the IR receiver can intercept signals and save them in memory.


The code of the device open that allows specialists to modify the equipment under own needs. Flipper Zero is compatible to the Arduino IDE platform — for a multitool it is possible to write the programs and plug-ins through open SDK or to load strangers.

Flipper Zero price for the first buyers was equal to $99 - $119. The gadget was constructed  by Pavel Zhovner, the head of community for Neuron Hackspace tekhnoentuziast.[1]