2019: Omen X 2S is the first notebook with two displays

On May 14, 2019 HP Inc. provided the portable computer Omen X 2S which in the company is called the notebook, the first in the market, with two displays.

The main 15-inch screen with is in the traditional place — on a laptop cover. The additional display having 6-inch diagonal is located over the keyboard. The auxiliary panel is intended for advanced multitasking and use of "hot" keys for different transactions.

As the Omen X 2S model is addressed to gamers, the additional screen can be used, for example, for watching video tutorials, management of reproduction of music, display of operation parameters of the PC (temperature, clock rate of the processor, frame frequency), communication in services, etc. 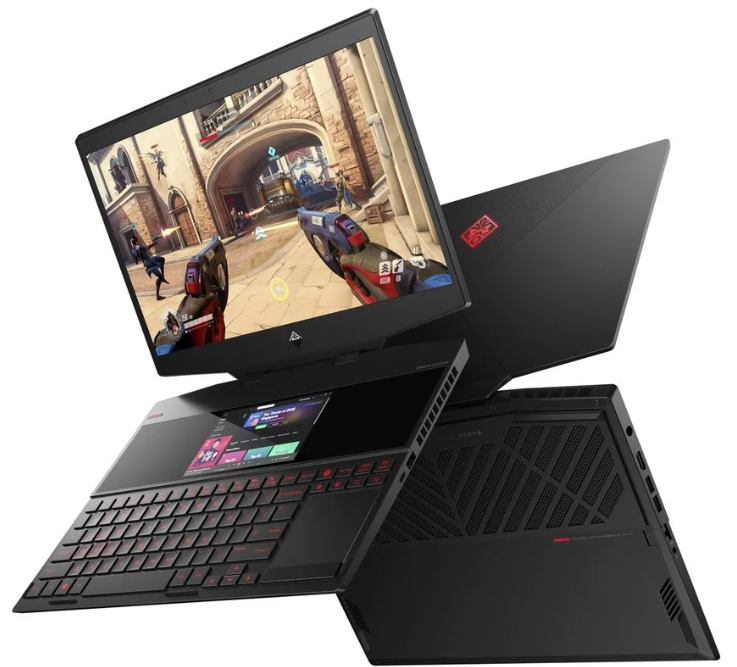 HP Omen X 2S is the notebook with the additional screen

Besides, the function allowing to bring to the additional display the increased image fragment from the main screen is implemented. At last, the producer suggests to use the second screen as the virtual touchpad, or to expand functionality of the web browser with its help.

Omen X 2S is completed with the 6-or 8-core Intel processor Core of the ninth generation, up to 32 Gbytes of RAM with a possibility of use of memory of Intel Optane, the graphic Nvidia RTX 2080 accelerator, the solid state drive with a capacity of 1 Tbyte and the metal body.

Thickness of the device is 20 mm. The maximum complete set includes the Core i9-9980HK chip with the unblocked multiplier and clock rate to 5.0 GHz and the basic display unit with   the resolution of 3840 x 2160 pixels. 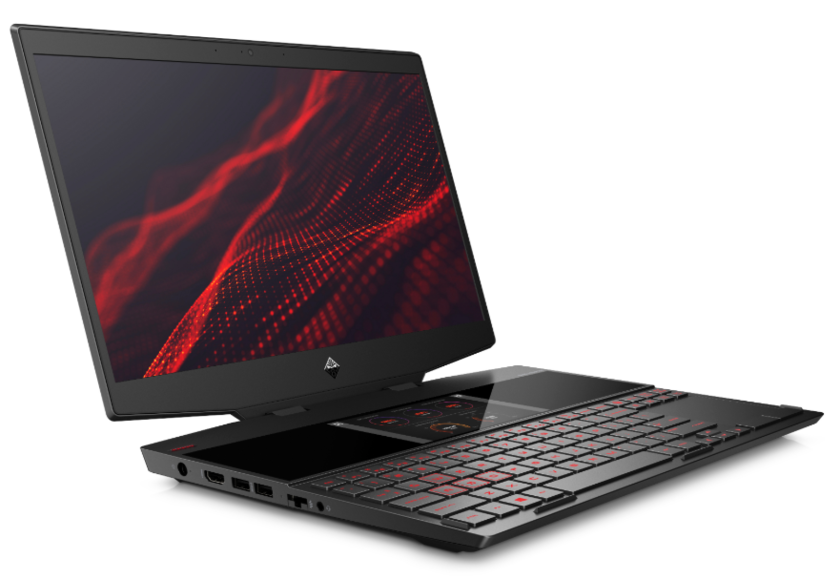 There is a support  of Nvidia G-Sync technology which forces the screen to update the image on the screen along with the new frame arriving from the video card, increasing performance in games and excepting input delays.

On June 1, 2018 the HP company announced updating of a product line of OMEN and provided the powerful game notebook of OMEN 15.

According to the developer, the latest version of the notebook of OMEN 15 became more compact, more mobile and more powerful. Support of maximum capacity in games, effect of complete immersion and ample opportunities for upgrade — here the purposes which were set during creation of this device. 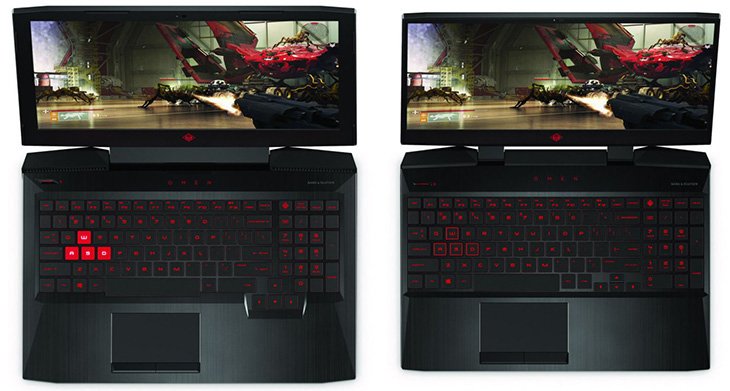 Main features: graphics is provided Nvidia GeForce GTX with video card 1070 with support VR and MAX-Q Design technology. Quad-core or six-nuclear processor Intel Core series H i + the 8th generations and the DDR4-2666 RAM up to 32 GB cope with exacting games and programs. The notebook has a set of options of storage, including disks SSD HDD, SSD + HDD or HDD + Intel Optane.

Powerful coolers and hydrodynamic bearings with the minimum friction and effective management of fan rotation speed are set in all configurations of the device. Coolers behind and in the bottom of the notebook tighten a cold air, and two big fans at the edges push out warm air. Separate configurations have expanded air vents below for more intensive air flow.

The notebook of OMEN 15 was supplied with the display with diagonal by 15.6 inches, provided in options of 144 Hz 1080p, 60 Hz 4k or 60 Hz 1080p, and Nvidia G-SYNC technology in separate configurations. The deep sound is transmitted via Bang & Olufsen stereoloudspeakers and the discrete amplifier of audio. DTS Headphone earphones: X, providing volume sounding, allow to define from where each step or a sound reaches, noted in HP company.

According to the producer, configuring of a system is facilitated thanks to cross slot head screws on the basis of the notebook and also to access to a uniform panel for storage devices and memory. The notebook is equipped with a broad spectrum of ports which are located behind. It provides big freedom of the movement, especially for those who use a wire mouse.

On August 23, 2017 HP Inc. provided the game notebook of OMEN X by HP. It is focused on the gamers and cyberathletes needing extreme performance.

This laptop has bright design. It is equipped with the cooling system allowing acceleration of processors and other PC components. 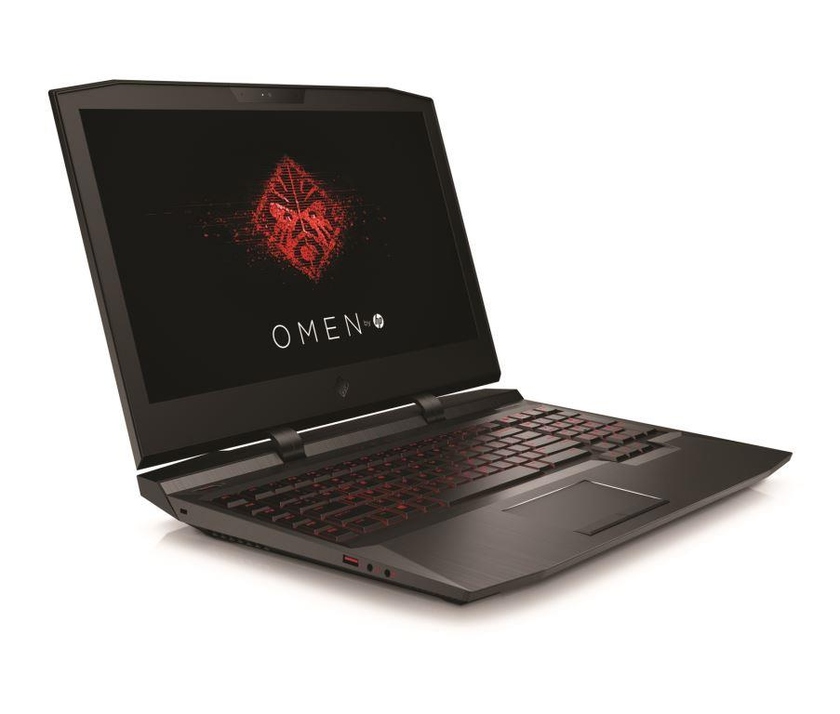 HP equipped the notebook of OMEN X with technologies and opportunities of individual preference:

The notebook of OMEN X supports a possibility of expansion:

The company announced sales of the notebook of OMEN 17 in Russia for November, 2017.