In May, 2019 HTC announced new blockchain-smartphone Exodus 1s which represents the reduced the price version of the flagman Exodus model.

If Exodus is constructed on the HTC U12 phone + and complemented with a cryptopurse, then Exodus 1s became the independent device  on the basis of technology of the distributed digital register, and its owners will be able fully to use the bitcoin wallet 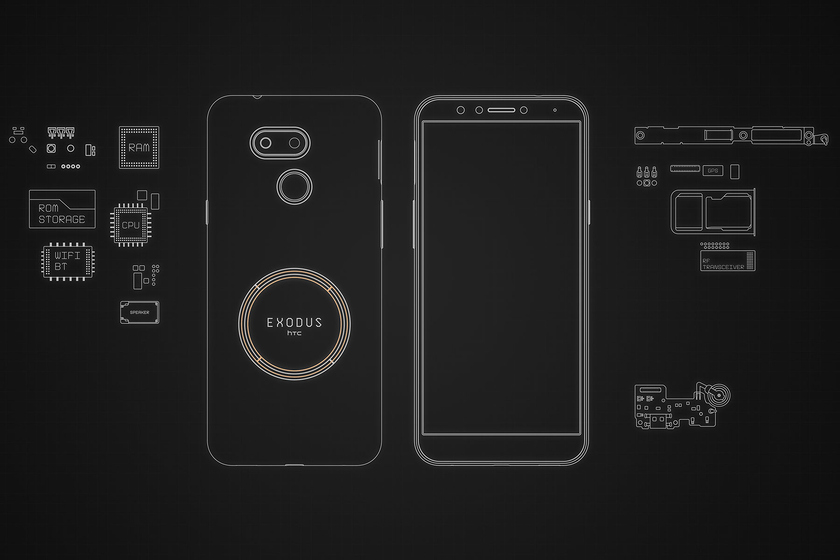 HTC provided a blockchain smartphone of Exodus 1s. Its owners will be able fully to use the bitcoin wallet

Innovation received a complete node of the protocol of bitcoin therefore the device will be able to act as one of the distributed points which verify transactions in a blockchain.

By May, 2019 the amount of a complete node of bitcoin is about 200 Gbytes. Exodus 1s can store the cut-down version of this node, and record of the complete version will require the connected flash card.

In a conversation with the Engadget edition the head a blockchain projects of HTC Phil Chen reported that Exodus 1s will not allow to mine any cryptocurrency, but "partners will announce what will be for this purpose necessary hashrate". That phone could act as the distributed point, it should be connected to Wi-fi network. Energy consumption will be at the levels "above normal workers", Chen said.


The HTC Zion Wallet cryptocurrency wallet which supports work with bitcoins, "air" and Litecoin is built in Exodus 1s. In 2019 the program appeared on  GitHub so any developer will be able to take part in  its  improvement.

Including parameters of the processor, display and  camera, in HTC do not announce technical characteristics of Exodus 1s. The final cost of a product is also unknown — in the company estimate it at $250–300 (cheaper than Exodus). Emergence of Exodus 1s in the market is expected at the end of the third quarter 2019.[1]

On October 23, 2018 HTC began sales the first blockchain-smartphone. The Exodus 1 model can be purchased on the official site of the producer, but only at payment in cryptocurrency.

The uniqueness of phone consists in use of the special protected zone which is built in the processor and is separated from the operating system. Confidential personal data, including encryption keys to the cryptocurrency wallet, fingerprints, the scan image of persons, etc. are stored in this safe area. The possibility of recovery of keys in case of loss or theft of the device is provided.

To CNBC TV channel the head a blockchain developments of HTC Phil Chen said in telephone interview that Android "on the basis it is unsafe because of centrality of a system" therefore storage of cryptocurrency in this platform can be risky. The company created the micro OS working with Android, is some kind of purse, but it stores private keys, he explained. 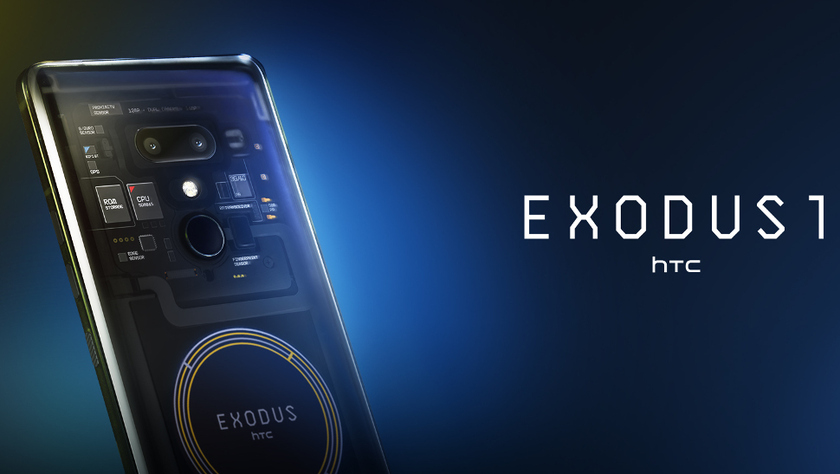 HTC will also release API for third-party developers, for use of the hardware solution for protection of keys and the signature of transactions.

HTC Exodus 1 received the 6-inch display with an aspect ratio 18:9 and HD+ permitting capability, the flagman Qualcomm Snapdragon 845 processor, 6 Gbytes of operational and 128 Gbytes of a fixed memory. The main camera contains two 16-megapixel sensors of the image, and frontal — one module on 8 Megapixels.

The device is powered from the rechargeable battery with a capacity of 3500 mAh and is controlled the Android Oreo operating system. The device is certified according to the standard high a heat - and water protection of IP68.

The smartphone will be available in 34 countries of the world, including the USA and Europe. China will not begin to let out him because of the local legislation and prohibition on trade in cryptocurrency.