Availability of the VTB Online application

In official app store of AppGallery which is available to owners smartphones Huawei and Honor, appeared mobile application from bank VTB — VTB online. The bank reported about it on July 30, 2020. In more detail here.

Availability of the application of Lukoil gas Station

On July 3, 2020 it became known that mobile application "GAS STATION LUKOIL" it is available to all owners smartphones HUAWEI and HONOR in official app store of AppGallery now. In more detail here.

Availability of the CardsMobile application

On April 2, 2020 the Huawei company announced that service of contactless payment the Purse of Pay became available on the last leaders of the HUAWEI P40 series — to start of their preorder in the Russian market. Service works in the Purse application (the developer — the St. Petersburg technology company Cardsmobile) which already for the beginning of April, 2020 can be downloaded from app store of AppGallery. Read more here.

Availability of all applications of Yandex

Within this integration the following services and applications will be available to users of devices of Huawei company:

According to Mediascope for February, 2019, services of Yandex became the most popular resources on cumulative audience on mobile and desktop devices in Runet: their average daily scope among the population of 12-64 years living in the cities 100k+ makes 47%. Application integration of Yandex in AppGallery is a thorough step on the way to creation of a steady ecosystem for comfortable everyday life of each user of devices of HUAWEI company.

For April, 2020 AppGallery is included into the three of the most widespread global app stores with a scope more than 170 countries and audience in more than 600 million users worldwide. More than 1.3 million developers participate in development of the platform, increasing the number of available applications and expanding audience of shop. AppGallery is not only the platform for providing applications, but also set of services for effective and safe operation of mobile devices.

Availability of mobile applications of VKontakte and Odnoklassniki

As it became known on March 30, 2020 the company Huawei announced that official mobile applications social networks VKontakte and Odnoklassniki now are available to users in app store of AppGallery, they can be set on everything existing in the market smartphones of brands of HUAWEI and Honor. The AppGallery platform actively develops in Russia: since August, 2019 the number integrated of local applications in app store increased by 8 times. 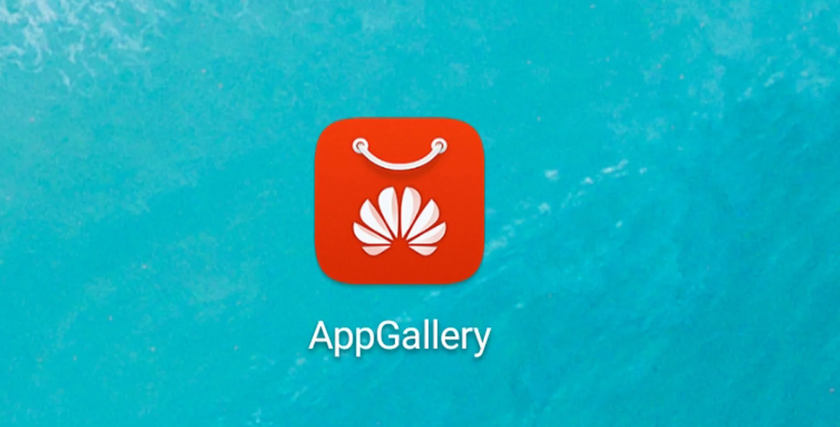 VKontakte and Odnoklassniki – platforms of Mail.ru Group company, are one of the most popular social networks in Russia. The average daily audience of VKontakte makes more than 80 million for March, 2020, and the number of the registered users exceeds 460 million. According to information of the analytical SimilarWeb platform in February, 2020 the website VKontakte took the 2nd place in popularity in Russia and the 13th place in the world, and social network Odnoklassniki – the 6th place in Russia and the 23rd place in the world. Application integration in AppGallery is an important step on the way to creation of a stable platform for comfortable everyday life of each user of the HUAWEI smartphones.

For the end of March, 2020 of AppGallery more than 170 countries and audience in more than 600 million users enter into the three of the most widespread global app stores with a scope worldwide. More than 1.3 million developers participate in development of the platform, increasing the number of available applications and expanding audience of shop. AppGallery is not only the platform for providing applications, but also set of services for effective and safe operation of mobile devices.

In the middle of January, 2020 it became known that Huawei begins to pay developers for creating applications for the operating system of the company — Harmony OS. Thus, the Chinese producer accelerates development of own ecosystem to lower and completely to eliminate the dependence on Google services.

Huawei held in London a conference at which it announced selection of 20 million pounds sterling ($26 million) to the British and Irish developers creating the software for the Huawei App Gallery directory. 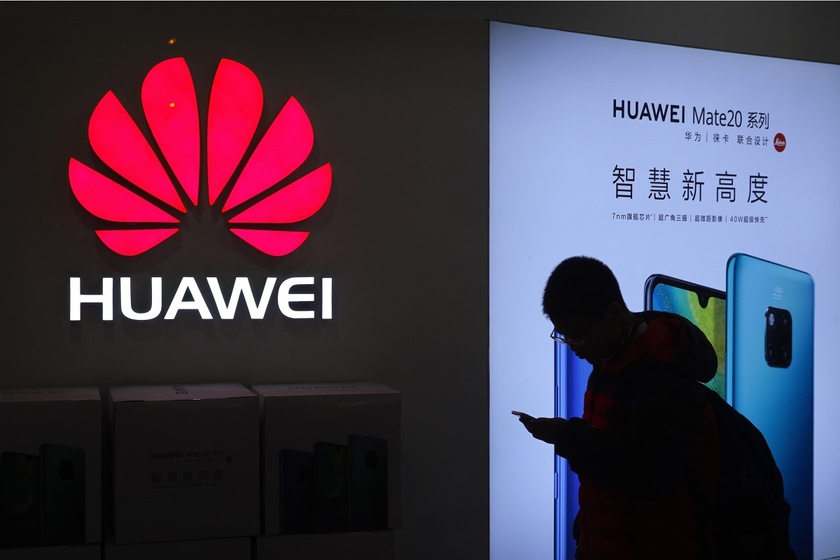 To attract even more the interest of developers, Huawei announced that it levies from sales in App Gallery only the 15% commission whereas at Apple and Google it makes 30%.

The vice president for consumer services in the European division of Huawei Jamie Gonzalo says that the company aims to create less persuasive ecosystem of applications in comparison with those which are controlled IT giant from Silicon Valley. For this purpose, for example, Huawei promises less "spam" in the form of notifications.


Jamie Gonzalo added that developers will be able to advertize the applications on home screens of the user smartphones. In what type it will be implemented, he did not specify.

By the beginning of 2020 there are about 600 million active users of mobile devices of Huawei in more than 170 countries of the world from which 68 million live in the territory of Europe. So far the majority of the Huawei smartphones work at the open version of Android, but the company is going to transfer the equipment to Harmony OS OS. One of company executives reported that the platform will be completely ready for installation for all devices to the middle of 2020.[1]

2019: Huawei started filling with applications after disconnection from Android

On June 10, 2019 it became known that Huawei began to push software developers to placement of the products Huawei AppGallery. The Chinese company began to expand actively the range of the app store after Google blocked it access to the official version of Android with the built-in Google services among which — Google Play.

Huawei began to send to developers of the letter in which suggests to join community AppGallery which as the company claims, has a monthly audience in 270 million users. Also it is noted that the products for this directory create 560 thousand developers, and the number of the smartphones having access to AppGallery is measured by 350 million. 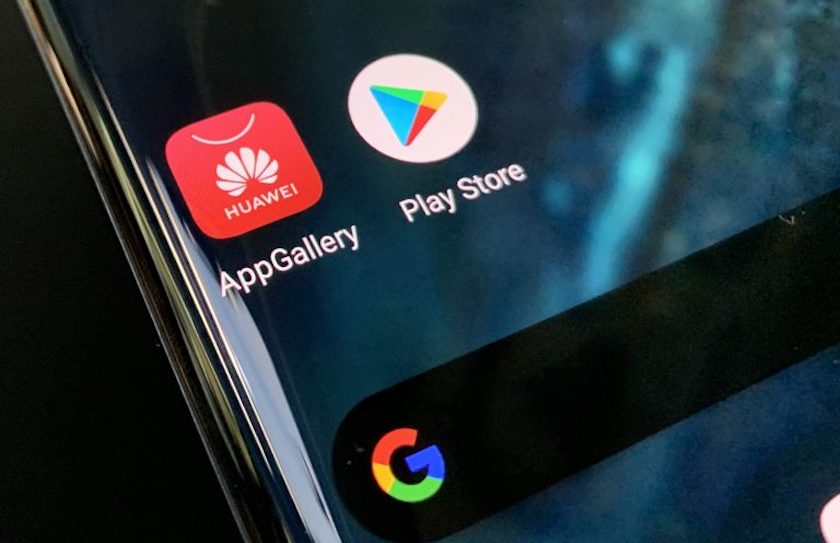 Promise the developer "full support" in exchange for consent to join web shop of Huawei company, but it is difficult to understand about what help there is a speech. The company only specifies that developers can get free access to the Huawei Developer portal.


Meanwhile, there is unclear a distribution for developers of mobile applications of prohibition on work with Huawei. On the one hand, they do not sell the Chinese company of technology, with another — applications are monetized via advertizing tools of Google (so, this scheme of monetization will be unavailable) and through purchase/payment in applications.

On August 19, 2019 action of a delay of sanctions then on new Android smartphones Huawei will not be Google services will end.[2]

2018: The number of the developers registered on Huawei AppGallery reached 560 thousand.

The Huawei company announced on June 20, 2019 that it continues to develop own app store of Huawei AppGallery which became to available Russian users at the end of 2018.

As a part of an ecosystem of mobile services of the company, app store of Huawei AppGallery it became available outside China in 2018. For June 20 more than 500 million people in 170 countries of the world use mobile services Huawei. The monthly active audience in 2018 reached 262 million users, having exceeded an indicator of previous year for 117%. The share of young users, aged from 18 up to 34 years grew in a year by 8.3%. The shop offers users a wide choice of applications and content which undergo careful four-level testing for security.

For support of Huawei developers offers complete adaptation and expert technical support, open access to the automated test laboratory and the system of optimization of performance for devices of Huawei. Besides, the company regularly carries out the marketing actions designed to help developers with promotion of the products.

In 2018 the number of the application developers registered on the Huawei platform grew by 60% and reached 560,000. Besides, in 2018 the share of individual developers increased by 11%, having reached 29% of their total quantity. In turn, the share of revenue of developers received via Huawei Mobile Services grew in 2018 by 100%.