Until the end of 2019 the scientific and technological center of Gazprom Neft is going to release the first release of the software Kibergrp intended for design of hydraulic fracturing of layer (GRP). The director of technology development of Gazprom Neft Alexey Vashkevich in October told about this TAdviser. 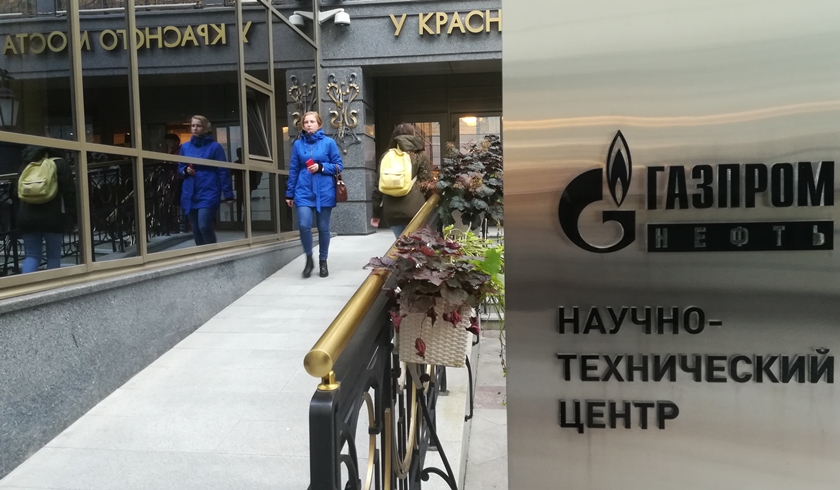 GRP - one of the most effective methods of impact on layer for increase in oil production on the field and increases in coefficient of oil recovery from a subsoil. As easily removable reserves of oil decrease, the GRP method gains popularity in Russia and in the world.

The Kibergrp software product will include all GRP types – normal and for "difficult" oil, all types of collectors, completions of oil wells, etc., Vashkevich explained.

According to him, this product will become a serious industry analog large western developments and will be able to replace them. In Gazprom Neft it, in particular, substitutes American software, including Fracpro from Carbo Ceramics.

The project on development Kibergrp is implemented in consortium with MIPT, Skoltech, the St. Petersburg polytechnical university and Institute of hydrodynamics with the assistance of the Ministry of Education and Science. 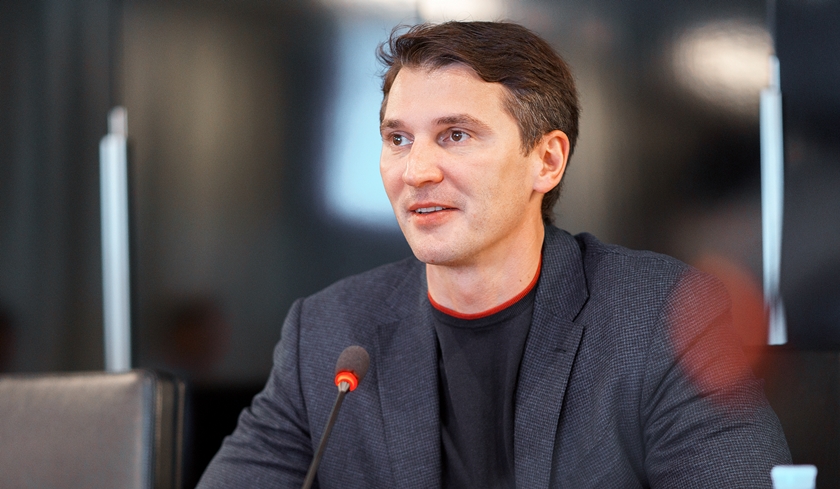 According to Vashkevich, the American sanctions (a photo - Gazprom Neft) pushed to development of own products for GRP "Gazprom Neft"

The need for development of similar products arose in 2014 when the USA imposed against the Russian companies of the power sphere the sanctions prohibiting to deliver to them, including, the software for GRP of shelf oil and the Bazhenov shale. The last is a large group of petromaternal rocks in Western Siberia, one of the largest fields of slate oil in the world.

Kibergrp grew from the software solution under the name "ROST" which was earlier created within the import substitution program of Gazprom Neft for GRP on fields from hardly removable by stocks after the USA imposed sanctions. Alexey Vashkevich explained TAdviser that at that time domestic practices for GRP in general were, but there were no solutions for GRP of fields of "difficult" oil.

The first works on creation of the software product began in 2015 within the federal target program "Complex Studying of the Bazhenov Shale" where Gazprom Neft acted as the industrial partner. Further the product developed within the independent technology project.

Engineers of managements of projects of nonconventional stocks and designs of GRP of scientific and technological center of Gazprom Neft took part in work. As partners representatives from MIPT, Skoltech, MSU, SPbPU participated in the project at different stages of its implementation. The engineering center MIPT acted as service company on maintenance of works of GRP using the developed solution prototype.

The company began to use software for GRP of "difficult" oil at the beginning of 2018, and since then with its help about 200 GRP were carried out, gave TAdviser data the director of technology development of Gazprom Neft.

At the same time, speak in the company, requests for receiving and use of software arrived both from Russian, and from the foreign companies. And spring of 2019, according to Vashkevich, this product was presented at the large oil and gas Agora exhibition within the CERAWeek conference in Houston, the USA where the American companies, including Amazon, were extremely surprised with complexity of the algorithms which are used in it.


Alexey Vashkevich also told TAdviser that earlier, to sanctions, for "difficult" GRP "Gazprom Neft" cooperated with Schlumberger both in terms of software, and at an implementation stage much – drillings. He added that because of sanctions any project of the company was not cancelled though some were suspended: "somewhere for a year, somewhere on one and a half".

The software for GRP on replacement to import was developed also by Rosneft. In particular, in 2017 the RN-GRID simulator by specialists RN-Bashnipineft, entering a corporate scientific and project complex of Rosneft was created. In press materials the company does not specify for what types of GRP this product is intended. As of October, 2019, according to Rosneft, on its objects more than 6.5 thousand transactions GRP with a full stroke of design on the RN-GRID simulator were executed[1].

In addition to use for own needs, the company offers this product and to the market. In October, 2019 Rosneft reported that it transferred to twenty five oilfield services and oil and gas companies more than 30 commercial and more than 40 test licenses for right to use of "RN-GRID".

Alexey Vashkevich did not give an assessment to a product of Rosneft, but noted that in Gazprom Neft constantly watch what is done by their colleagues, at operating level are with them in permanent contact and it is aware strong and weaknesses of their developments.

Gazprom Neft told TAdviser that the software product created in their company differs from the GRP classical simulators in the commercial products sold in the market. The uniqueness of the simulator of Gazprom Neft is that this complete system solution on GRP, is told in the company.

Gazprom Neft is ready to offer the products developed for internal needs to the market. And it concerns not only software for GRP. According to Alexey Vashkevich, commercialization of developments is extremely important, and Gazprom Neft is going to create division in the form of the separate legal entity which will be responsible for commercialization of technology developments of the company. All company will work for search of the ideas, their approbation, creation of prototypes, confirmation of hypotheses. But from the moment of confirmation of the idea and understanding that the successful product will be created, creation of a product will be transferred to this separate division.

It will develop ready-made solutions, including, due to formation of joint ventures with other organizations and attraction of financing: state, project, venture. Also options when at once several companies of the industry can act as customers of this or that technology are possible, the director of technology development of Gazprom Neft noted.