2020: Serial production and beginning of sales

On May 22, 2020 Mazda announced the beginning of serial production of MX-30 — the first electric vehicle in the assortment. Assembled machines will go to clients who made a reservation at dealers. Electric car cost in Germany begins with 33,990 euros.

For comparison: the competing Tesla Model 3 sedan costs European the consumer at least in 44,000, and the Volkswagen ID.3 hatchback — 30,000 euros. At the same time in Germany discounts for purchase of Mazda MX-30 which allow to purchase the car at the price of 27,420 euros are offered. 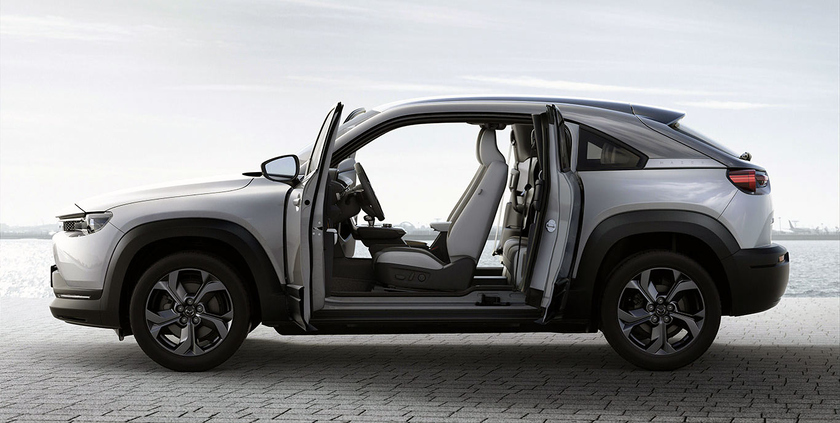 Mazda announced the beginning of serial production of MX-30

Assembly of Mazda MX-30  is performed at the plant in the Japanese Hiroshima. By the time of the beginning of sales of characteristic of the electric vehicle underwent little changes in comparison with those which were called by car maker during MX-30 premiere. So, the electric motor on a front axis issues 145 horsepowers and 265 Nanometers of a torsional moment, the battery with a capacity of 35.5 kilowatt-hours provides 200 kilometers of a run on one charging on the cycle WLTP. The Japanese company  purposefully  did not begin to equip the debut electric vehicle with the accumulator of bigger capacity to please of ecology.


According to him, Mazda "safely finished" with  the corporate wing emphasizing a grid and  headlights from below the purpose consists in  that " go beyond simplicity".

The first buyers of Mazda MX-30 in Japan will begin to receive electric vehicles in June, 2020. In Europe it will occur in the fall of 2020. Terms of emergence of innovation in the Russian dealers are not called by May 22.[1]

The electric vehicles which are long going without recharge it is worse for ecology, than diesel cars. Such opinion at the end of December, 2019 in a conversation with the Automotive News edition was expressed by the director of research of the European representation of Mazda Christian Schultz (Christian Schultze).

According to him, the accumulator blocks of high capacity (for example, on 95 kWh, as at top versions of Tesla Model) intended for trips to a long distance release more carbon dioxide (CO2), than diesel cars into the atmosphere over time. The significant role in it is also played by production and utilization of such batteries when owners of electric vehicles change them in connection with the termination of service life, he added. 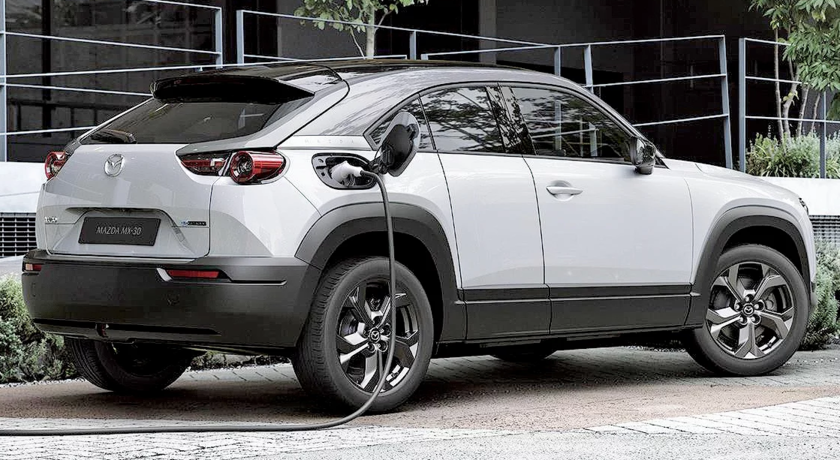 Mazda: the electric vehicles which are long going without recharge it is worse for ecology, than diesel cars

According to  Mazda, we will compare the volume of CO2 selected by production and utilization even of such battery for MX-30 with that level of emissions which was fixed when using the diesel Mazda 3 hatchback even after 100 thousand miles of a run. For this reason as Christian Schultz reported, the company made the decision to use the battery, rather modest to modern measures, on 35.5 kW in MX-30 instead of following competitors.

As  notes  the Engadget portal, there is, however, one main problem. Mazda bases the data on average values of the European generation of the electric power of 2016. The carbon trace of the car owner will be much lower if he lives in the area working at energy with zero level of emissions or if Mazda makes batteries at the similar enterprises working from green energy. Moreover, the car maker assumes that the power balance significantly did not change (though it in the EU not so) and will not change in the near future.[2]

On October 22, 2019 in a motor show in Tokyo the Mazda company provided the first electric vehicle in the assortment. The MX-30 crossover received the oar zadnepetelny doors opening against the direction of the movement. Such construction was used in the Mazda RX-8 sports car which was issued till 2012.

As for an unusual machine design, it is possible to notice that back doors have no visible handles. However assured of the company that original doors "provide to passengers easy access both on front, and on back seats". 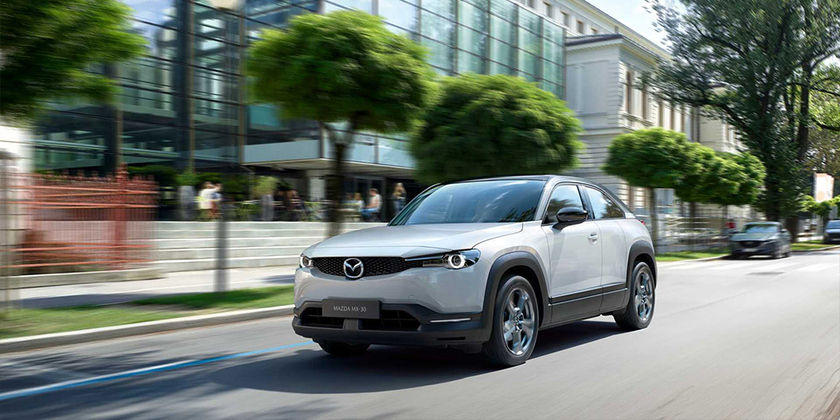 Mazda MX-30 was received by the 143 h.p. electric motor and a torsional moment of 265 N · m. The motor is installed on a front axis, and under salon there is an accumulator block with a capacity of 35.5 kW · h. The Japanese producer says an opportunity to pass up to 200 km without recharge.

The maximum power of charging alternating current is 6.6 kW. In 30-40 minutes it is possible to charge batteries from 0% to 80%.

Adapted a corporate control system of draft of G-Vectoring which can reduce if necessary a torsional moment for increase in load of a front axis for the electrical power unit. In that case the spot of contact of buses increases that allows to undergo turns with smaller rolls. 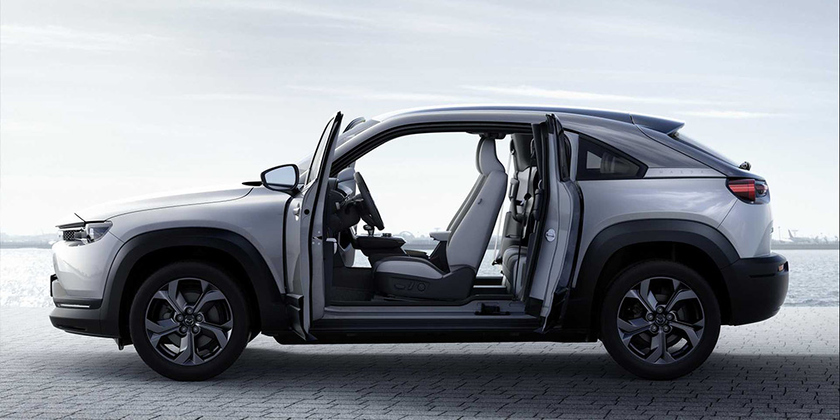 The e-Skyactiv system includes the engine, the accumulator, the inverter, the direct current converter and a one-stage reducer united in one high-voltage block which is installed in a front part of the machine and is reliably protected from potential damages.

In MX-30 salon there is a 7-inch touch display which can be used for control of the conditioner. It is located over the switch of transfers on the central console of the car which is partially executed of a stopper.