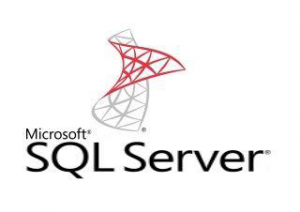 Microsoft SQL Server — a relational database management system (DBMS) developed by Microsoft corporation. The main used language of requests — Transact-SQL, is created jointly by Microsoft and Sybase. Transact-SQL is implementation of the ANSI/ISO standard on the structured language of requests (SQL) with expansions. It is used for work with small and average databases by the size to large databases of an enterprise scale; competes with other DBMS in this segment of the market.

By then, as entered the market of Windows NT, Sybase and Microsoft OS dispersed and followed own models of the software product and marketing schemes. Microsoft tried to obtain the exclusive rights to all versions of SQL Server for Windows. Later Sybase changed the name of the product to Adaptive Server Enterprise in order to avoid confusion with the Microsoft SQL Server. Till 1994 Microsoft received from Sybase three copyright notices as a hint on origin of the Microsoft SQL Server.

After separation of the company made several independent releases of programs. SQL Server 7.0 was the first database server with this user graphical interface of administration. For elimination of claims from Sybase in copyright violation, all inherited code in the seventh version was rewritten.

From the moment of release of the previous version of SQL Server (SQL Server of 2000) development of integrated development environment and number of the additional subsystems which are a part of SQL Server of 2005 was performed. Changes concerned implementation of the ETL technology (extraction, conversion and data loading) which is a part of the SQL Server Integration Services (SSIS) component, the server of the notification, means of analytical processing of multidimensional data models (OLAP) and collecting of relevant information (both services are a part of Microsoft Analysis Services) and also several services of messages, namely Service Broker and Notification Services. In addition, improvements in performance were made.

The Microsoft SQL Server as language of requests uses the version of SQL which received the name Transact-SQL (in abbreviated form T-SQL), SQL-92 which is implementation (ISO for SQL) with multiple expansions. T-SQL allows to use additional syntax for stored procedures and provides support of transactions (interaction of the database with the operating application). A Microsoft SQL Server and Sybase ASE for interaction with network use the protocol of level of the application under the name Tabular Data Stream (TDS, the transfer protocol of tabular data). The TDS protocol was also implemented in the FreeTDS project with the purpose to provide to different applications a possibility of interaction with the Microsoft SQL Server and Sybase databases.

The Microsoft SQL Server also supports Open Database Connectivity (ODBC) — an interaction interface of applications with DBMS. The version of SQL Server 2005 provides a connectivity of users through the web services using the SOAP protocol. It allows the client software programs which are not intended for Windows to connect to SQL Server krossplatformenno. Microsoft also released the certified JDBC driver allowing applications to connect under control of Java (such as BEA and IBM WebSphere) to the Microsoft SQL Server of 2000 and 2005.

SQL Server supports mirroring and a clustering of databases. The cluster of the SQL server is a set of equally configured servers; such scheme helps to distribute workload between several servers. All servers have one virtual name, and data are distributed to the IP addresses of machines of a cluster during an operating cycle. Also in case of refusal or failure on one of servers of a cluster automatic transfer of load of other server is available.

Support of a. net Framework is built in SQL Server of 2005. Thanks to it, stored procedures of a DB can be written in any language of the .NET platform, using a full range of the libraries available to a. net Framework, including Common Type System (the system of the address with data types to Microsoft. net Framework). However, unlike other processes, a. net Framework, being a basic system for SQL Server 2005, selects an add-in memory and builds SQL Server management tools instead of using the built-in means of Windows. It increases performance in comparison with the general algorithms Windows as algorithms of resource allocation are specially configured for use in structures of SQL Server.

Microsoft developed the competitor of Oracle Exadata and SAP HANA

Microsoft developed new in-memory technology which will be shortly added to SQL Server. The technology received the name Hekaton. On November 7, 2012 ComputerWorld reported about it.

Microsoft in the aspiration to accelerate processes of online transaction processing (OLTP) added a feature to use relational database management systems in SQL Server.

It is planned that already in the next version of SQL Server the possibility of placement of a part of tables of databases or even all databases will be included in memories of the server. Also additional tools for the simplified start of technology will be added.

According to the general manager of Microsoft Doug Leland, the Hekaton technology is now tested by some customers. But does not announce more exact terms of its start yet.

Microsoft claims that the server will quicker execute transactions if necessary tables and databases are in memory, but are not written on a disk which it will be necessary to address. The giant is sure that the technology will allow to increase data processing rate to 50 times in comparison with the similar systems for SQL Server.

The main directions for use of Hekaton are bank online of a system, ERP, and other transaction systems which need to communicate and use databases quickly. The technology can be set on one server and further is scaled on other servers since it has no tight restrictions on the used memory.

Exit of Hekaton can become a serious headache for such companies as Oracle with its product Oracle Exadata and for SAP, in particular SAP HANA. It is caused by the fact that the technology considerably simplifies IT architecture and removes need to buy in addition components for data processing as it is implemented at competitors.

Doug Leland claims that Hekaton is not the first experience of Microsoft in work with in-memory technologies. So in the office application of Microsoft Excel the PowerPivot and Power View technologies allowing to manipulate quickly the large volume of data are used.

Microsoft SQL Server Express is free of charge distributed version of SQL Server, development of the MSDE system. This version has some technical restrictions. Such restrictions do it unsuitable for deployment of big databases, but it quite suits for maintaining software packages in scales of the small company. Contains full support of new data types, including XML-specifications. Actually, it is a full-fledged MS SQL Server, including all its components of programming, support of national alphabets and Unicode. Therefore it is used in applications, at design or for independent studying. There are no obstacles for further deployment of the saved-up database in the MS SQL Server of not express version. In 2007 Microsoft released the separate utility with the graphical interface for administration of this version which is also available to free downloading from the website of corporation.