AirScale Nokia is the base station.

2020: Increase in capacity of the entering channel up to 3 Gbps

On March 25, 2020 Nokia announced the next important achievement: capacity of 5G networks on commercial AirScale Nokia devices is considerably expanded using a software update. During laboratory tests the capacity of the entering channel approximately in 3 Gbps was shown. Were tested in Sprint 5G network with program updating of EUTRA-NR Dual Connectivity (ENDC) and Multi-User-Multiple Input Multiple Output technology (MU-MIMO). When this solution becomes commercially available, it will allow operators to increase sharply the capacity of the networks using a software update without expansion of an expensive frequency range.

During tests the frequency range of Sprint company (2.5 GHz) and commercial devices was used: the access points and active antenna systems of Massive MIMO allowing to implement MU-MIMO technology with support of 16 space levels which increased four times capacity of a downside channel. Traditionally the MIMO systems are supported by two space levels. The Massive MIMO technology developed in division of Bell Labs Nokia considerably increases the capacity of wireless connection without use of additional frequency resources. The solution AirScale Dual Mode Massive MIMO Nokia for 5G networks and LTE was created for support of multigigabit capacity in a downside channel. When using of the existing hardware of the base station only the software update is required. Updating can be executed remotely. It means that operators will be able to provide to subscribers services of the increased quality without visit of base stations, without replacement of hardware devices and without changes at the transport network layer.

The solution ENDC allows devices to expand capacity in LTE networks and a 5G. As a result the bandwidth available to end users increases. Usually operators use two radio devices for LTE networks and a 5G, however in this testing Nokia used the uniform AirScale device. Nokia and Sprint for March, 2020 implemented services of a 5G in four cities of the USA: New York, Los Angeles, Washington and Phoenix.

According to information for 2018, the main features of the base station of AirScale Nokia are high capacity (400 MHz in[1]), the high energy efficiency, cloud access networks, and the flexible interface. 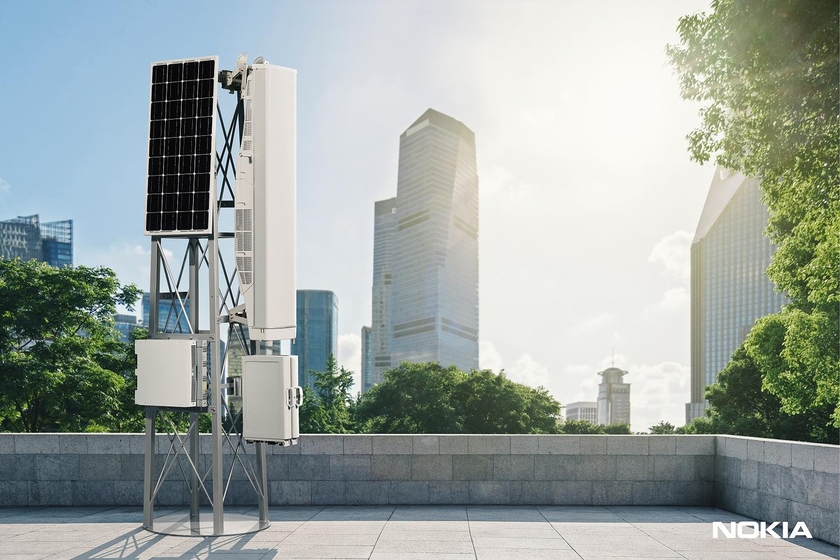 The base station supports Massive MIMO technologies and 3D beamforming thanks to which for each subscriber whose device is connected to BS the own beam forms that reduces the overall level of noises, allows to service at the same time the bigger number of subscribers and increases system capacity.[2]