Nvidia Holodeck is the intellectual platform of virtual reality for developers.

The Nvidia Holodeck platform allows designers, developers and customers from any places in the world jointly to create and analyze projects in physically correct virtual environment of high realness.

The photorealism and effect of presence stimulate creativity, allow to understand better a scene or model, simplify process of the analysis and eliminate need for creation of a physical prototype. Thanks to realistic graphics, physically correct modeling and support of joint work, Holodeck it is already used as productive design laboratory for the modules AI trained using the Nvidia Isaac simulator.

On October 10, 2017 the Nvidia company announced opening of early access to Nvidia Holodeck — the intellectual platform of virtual reality for developers.

Developers of products, applications and another 3D - content will have following features thanks to Nvidia Holodeck: 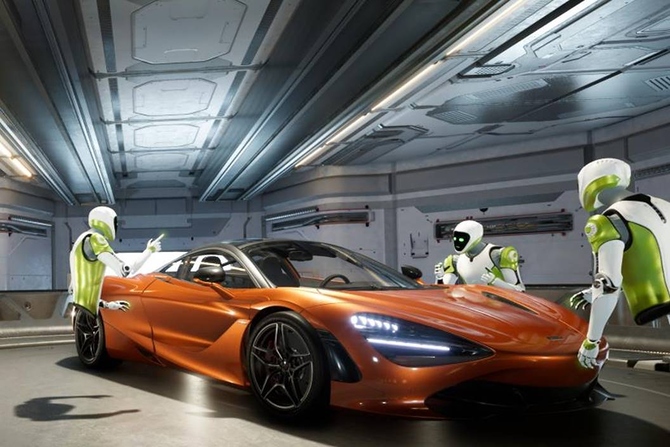 Early access to Nvidia Holodeck will allow designers, developers and inventors to experiment with opportunities of the platform and to plan future work.

In future Nvidia is going to add to Holodeck support of algorithms of deep learning in virtual environment, interest in which constantly grows that will allow to train, model, create content and to study the ideas using artificial intelligence.