PGNIU: An interactive panorama for a helmet of virtual reality

Interactive panorama for a helmet of virtual reality - the technology developed by the student 4 courses of mekhaniko-mathematical faculty of the Perm university Alexander Zhukov.

On February 4, 2015 the press service of PGNIU announced readiness of the first, research version of an algorithm of "revival" of normal spherical panoramas – Alexander Zhukov suggests to build in them video fragments.

Development is focused on visualization of hard-to-reach spots or events: in the museums, educational institutions, during creation of an avia - space and similar exercise machines simulators. 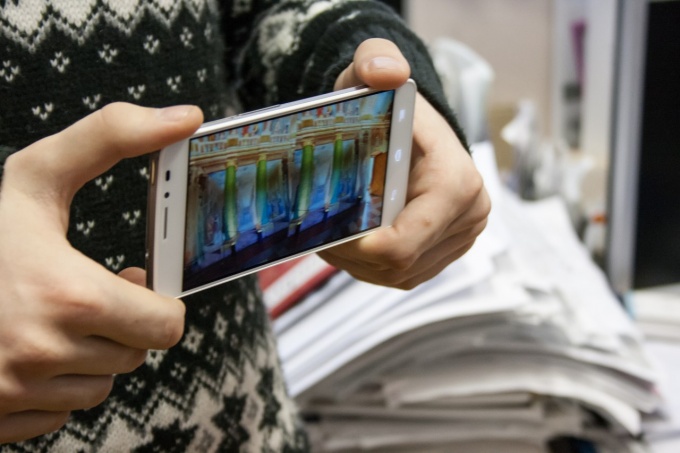 The application for viewing virtual reality, 2014 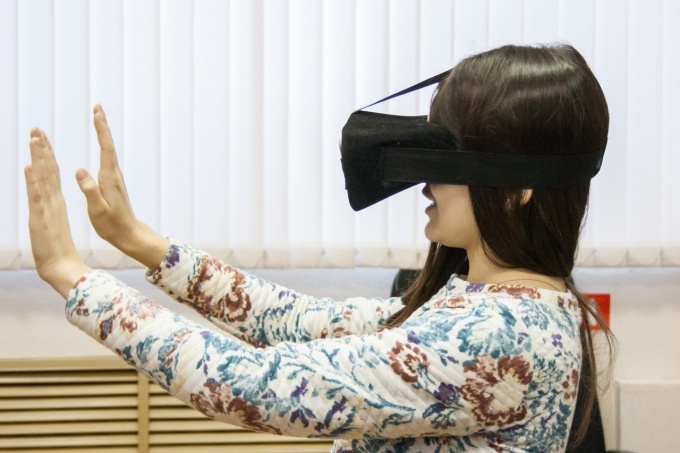 The student of PGNIU in a helmet of virtual reality, 2015

Using a special helmet Alexander Zhukov created a demonstration prototype of a system of photorealistic virtual reality. The person in a helmet sees a spherical video panorama and at the same time can direct the camera at discretion. In the course of a current of time virtual reality changes: around the viewer there are events, normal for everyday life, for example, people go, pass cars, etc.

The project on software development won the tender "CLEVER MAN".

"Video fragments and computer graphics are implemented into the finished shooting panoramas using the developed algorithm: in showroom of the Museum of the Perm antiquities dinosaurs come to life, in Perm-36 the sentence is served by the political prisoner. From one scene it is possible to get to another, having looked at some time for a virtual door", – Alexander Zhukov told.