2019: Opening of API for the companies

At the end of November, 2019 Panasonic opened free access to API of the system of face recognition. Thanks to it the companies can embed technology of the Japanese producer in the mobile applications, websites and networks.

The innovation allows business to use the system of face recognition of Panasonic as the cloud service working within the Panasonic platform μSockets with B2B IoT. 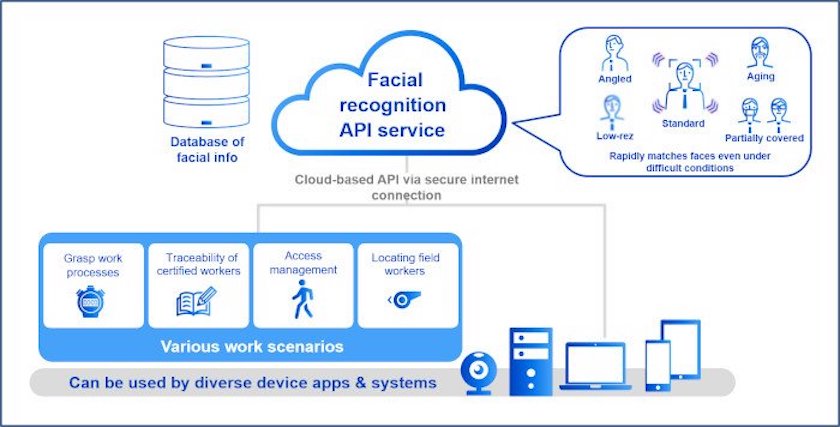 Panasonic considers that through API face recognition can be used in the most different places. Earlier such biometric development of the company began to be applied at football stadiums in Belgium and Denmark and also at the airports across all Japan.

According to developers, their algorithm is adapted for work in difficult conditions when, for example, it is necessary to distinguish persons in the conditions of weak lighting when the person put on a mask or glasses when the head is turned strongly away from the camera, etc. Besides, a system considers age parameters and can distinguish the person even if his photo became outdated.

Free of charge the API companies will be able to use limited time (how many, it is not specified). Further the cloud service will become paid.

For use of API the payment depending on the number of the persons registered in the system of the organization, and number of the carried-out inspections will be provided. In Japan for each new person added to a system, the company will pay 5 yens, and for each recognition of the person — on 1 yen.

On sample calculations, expenses on an access control system in the office building for the company numbering 200 permanent employees are close to $155 a month.

In the press release it is said that Panasonic began research and development on face recognition still in the early nineties and implemented this technology in consumer products and in solutions for security on the basis of surveillance cameras.[1]