Specialists of Roskosmos call the main shortcomings of the spaceship of SpaceX company. They consider inconvenient construction of the ship, placement of engines behind a cabin wall and also lack of a normal toilet.

{{the quote|According to the Russky Kosmos magazine[1], experts note doubtfulness of finding of crew near "couple of tons of toxic components of fuel" which move under pressure in engines of a system of abnormal rescue. Such system, on assurances of the Russian specialists, is not safe at all.

Four-oxide of nitrogen and monomethylhydrazine is after all not water and even not peroxide of hydrogen.

Nevertheless, capacity in Crew Dragon is much higher, than in Union as the ship of SpaceX company is expected 7 astronauts. However the spacious ship works with the crew which is cut down to NASA to four people.

But it more reliable and cheap, than old American shuttles, is emphasized in the magazine. Among other things, the inconvenience of a toilet is noted. At each use it separates from other cabin a certain screen what the astronauts.} flying on the shuttle complain of }

On May 30 at 22 hours 23 minutes Moscow time, the SpaceX company successfully started the Crew Dragon spaceship at the ISS by means of the carrier rocket Falcon 9. In the capsule there are two American astronauts. It is sending astronauts, the first for the last decade, in the American ship, but not on Russian Unions. The Falcon 9 rocket successfully broke a sound barrier then there was department of the first step. She safely sat down on the Of Course I Still Love You platform. Soon there was department of the second step and two astronauts appeared on Earth orbit[2].

After a successful completion of a mission the space agency NASA certifies the Falcon 9 rocket and the Crew Dragon ship for the piloted space flights. Thus, the USA will cease to depend on the Russian carrier rockets "Union-FG" and "Union-2.1A" which each start costs at least $35 million. Missile launch of Falcon 9 with the Crew Dragon ship costs about $62 million, but they can lift a load weighing up to 25 tons whereas the loading capacity of the Russian devices is 8 tons. 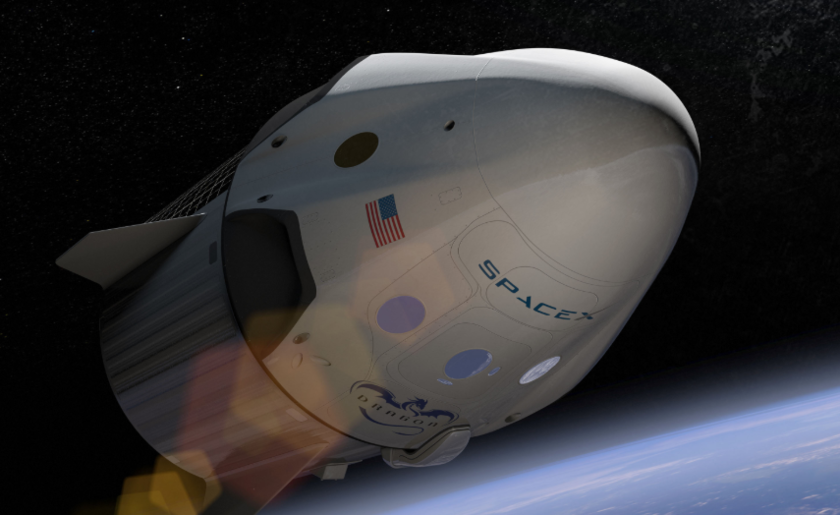 Crew Dragon returns to Earth all entirely, the volume of its hermetic residential space — 9.3 m ³, and all this volume is available to crew. Therefore there it is possible to put seven crew members. Besides, at the new American ship the payload delivered to the station in addition to astronauts can be several centners.

Characteristics of Crew Dragon are very close to considered perspective Russian Federation which was renamed in Oryol recently. Its net residential volume same — 9.3 m ³, crew is limited by four astronauts, and too there is a possibility of return of centners of a load from an orbit.