On March 24, 2020 the Universal Robots company reported that it started the UR+ Applications allowing to simplify considerably deployment of kobot on production. 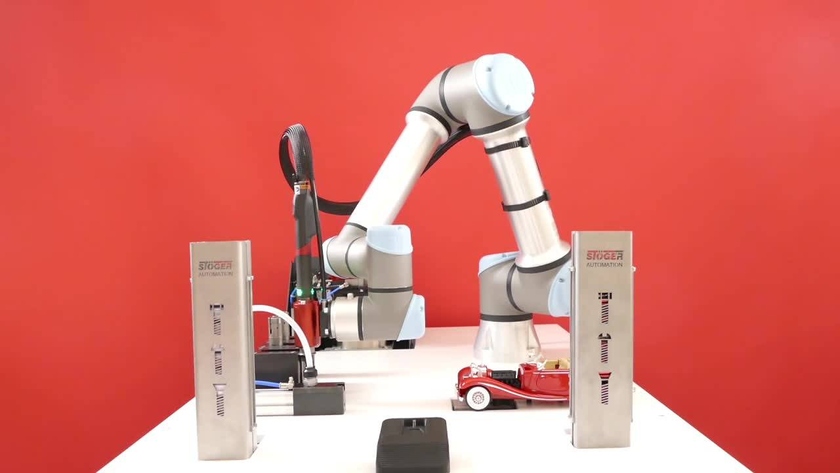 According to the company, twenty approved software packages and hardware are available to the most demanded scopes of kobot on the UR+ platform now. Reducing the number of the repeating engineering solutions for typical scopes, the packets working by the principle "connect and start production", reduce possible risks and complexity of projects, they are ready to quick entry in production for accomplishment of tasks of polish, rejection, assembly, service of machines, to removal of material, pouring with dosing and to pogruzo-unloading transactions.


The expanded ecosystem of UR+ includes two different categories now: components and application packages for different scopes. Packets are developed by partners of UR+ that excludes duplication of technical works at their deployment in widely used scopes.

The updated category of application packages which is started for March, 2020 on the UR+ platform includes in total 20 sets, and will be even more added further. Some packets are available to customers worldwide while others are limited to specific regions or the countries. All packets are delivered with the software of "URCap" which allows operators to manage all peripheral equipment directly from the UR kobot teach pendant, using the full-function three-dimensional user interface.

"The set for grinding" of Robotiq company which is compatible to more than 20 pneumatic and electric orbital grinding tools of the leading world brands now can be an example. This packet allows the producers using processes of polish or grinding to use the trajectory generator which is included in the package to provide continuing ongoing effort in each cycle, thereby increasing quality and performance, reducing programming time from o'clock to minutes.

Many of application packages, for example, "A set for wraparound of screws and transactions of the "take" and "put" type from SPATZ - STÖGER, consist of several different certified UR+ of the components managed through one URCap. So, a set from SPATZ - STÖGER includes seven UR+ components providing automatic change of tools and giving of fasteners using the Pick&Place system (Transaction "take" and "put").

In recent years there was a set of areas in which kobota are applied to welding that is reflected in creation of a number of the corresponding sets which for March, 2020 are started in category of application packages of UR+. Available since March, 2020 in North America the application package of "Kobot-svarshchik" from Vectis which is delivered with all hardware which is completely integrated into the mobile modular cart fixed in different positions, as a rule, is 25-40 percent cheaper in comparison with the total cost of the small traditional robot welder. Kobot-svarshchik allows producers to set parameters for exact and accurate welding of seams using the Template library of weld joints which sets initial indicators of parameters for the most used sizes of weld joints.

In Europe the welding set of ROBiPAK representing symbiosis of a welding equipment of ABICOR BINZEL company and technologies of welding by the powder pro-reducing dies developed for kobot of UR is started. URCap "Ready-To-Weld" (It is ready to welding) manages all equipment, including the system of the welding torch with air and liquid cooling developed for fast installation on kobot of UR.