Yandex. The drive - service of constant lease of cars.

As of August, 2018, in vehicle fleet of service it is more than two thousand machines, including cars business and economy class. The cost of lease begins from 5 rubles in a minute and depends on a road situation and demand for machines. Rates include the cost of gasoline, the parking and insurance (a comprehensive insurance and the CMTPL). The service offers drivers the convenient application for iOS and Android and the round-the-clock support service.

On April 15, 2020 it became known of creation of " Yandex.car-sharing " company in which "Yandex" selected the business on rendering services of short-term lease of cars. According to Interfax with reference to data of the USRLE, the new child structure was registered on April 3. Read more here.

On April 8, 2020 it became known of a full integration of all mobile applications of Yandex company in app store of AppGallery. Read more here.

Information on an entry into the European market

On January 13, 2020 it became known of plans of "Yandex" to start the carsharing service in the European market. The details to the Financial Times (FT) edition were told by the head " Yandex.drive " Anton Razyanov.

According to him, in 2020 the company will begin to test service from 1000 electric cars in one of the European cities which still should be selected. 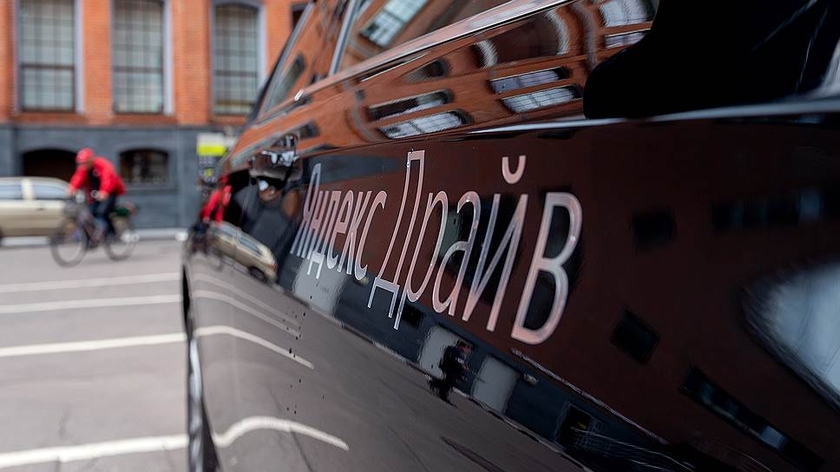 "Yandex" will start car-sharing of electric vehicles in Europe

The cities with favorable conditions for electric vehicles are considered. Ryazanov added that it is about Madrid and Copenhagen and also the cities in France and Italy.

The head of " Yandex.drive " also noted that experience of "Yandex" in the market of search systems quickly helped to scale car-sharing business and during the work on " Yandex.taxi ".

Analysts of UBS estimate cost " Yandex.drive " at $600 million and predict the double growth of revenue to $16 million in 2020. Anton Ryazanov told FT that Drive will become profitable "in the next several years".

On October 25, 2019 it became known that " Yandex.drive " came to the second place in the world by the size of fleet of vehicles among carsharing services. Achievement was announced by the CEO of the Yandex group Arkady Volozh within the publication of financial statements for the third quarter.

It is about free-float car-sharing model when the user can take the car, and then to leave it anywhere, the press service of "Yandex" specified. 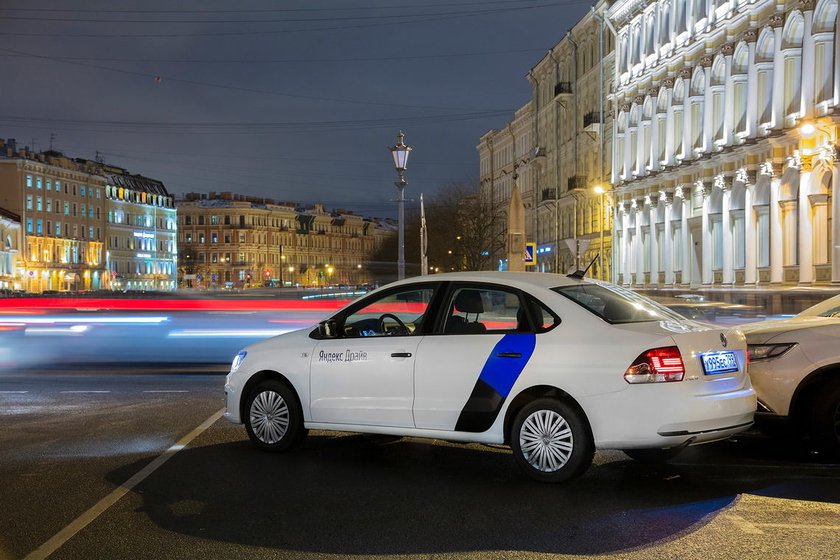 By the end of October, 2019 " Yandex.drive " has 16.5 thousand cars. It is less only, than at Share Now (before Car2go) — joint service Daimler and BMW whose vehicle fleet includes more than 20.5 thousand machines.

In rolling " Yandex.drive " has cars of such brands as Kia, Renault, Skoda, Volkswagen, Nissan, Hyundai, BMW, Mercedes-Benz, Genesis, Porsche, Land Rover and others. The trip cost for the user is calculated by an algorithm of "Yandex" proceeding from a road situation and demand for cars.

As of October 25, 2019 users of " Yandex.drive " made in total 38 million trips. Service is included into the "Other Directions and Experiments" segment of "Yandex" and according to the results of the second quarter of the current year provided more than a half of revenue of this segment, the operating and chief financial officer Greg Abovsky said. According to the results of the third quarter revenue of a segment grew by 176% year-on-year, to 4.1 billion rubles, but it continues to increase a loss on the corrected indicator of EBITDA — 1.2 billion rubles for the last quarter.

According to consulting company Arthur D. Little, in 2019 only 12% of drivers use car-sharing. Experts say that it is important to Russians to have own car. The CEO of YouDrive Boris Golikov considers that the small percent of the Russian clients of car-sharing is connected with the fact that in Russia the service appeared much later, than in other countries.[2]

On July 31, 2019 it became known of start of a system, the estimating management style by carsharing cars of service " Yandex.drive ". Aggressive drivers will be blocked.

The telematic system including a set of sensors began analyze how the person drives the carsharing car, in the test mode. It fixes turning angles, a wheel, sharp starts, braking and different dangerous maneuvers on the road which can lead to accident. 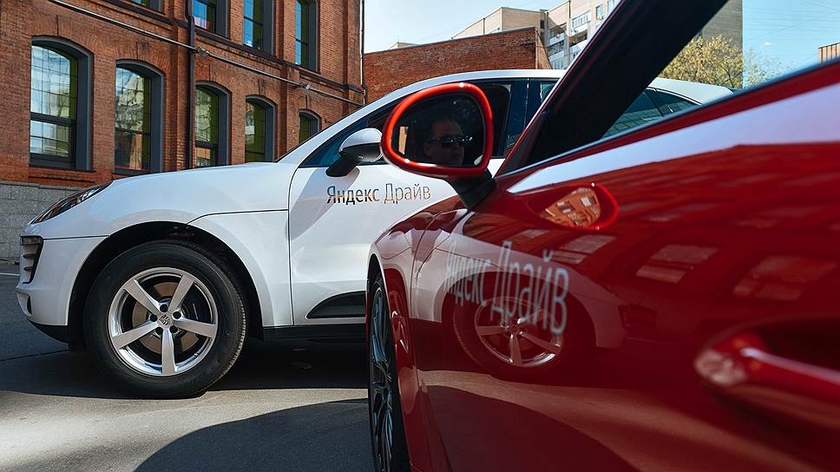 "Yandex. The drive" began to test an algorithm for recognition and prevention of dangerous driving of cars of car-sharing

If the style seems to the computer aggressive, the driver will receive a warning. Also to it will turn off access to at first bonus machines, and afterwards and to all rest if it does quietly not go.

The style can be corrected and respectively to improve reputation during the next 10 trips.


In addition to style of driving, the algorithm, allegedly, allows to reveal transfer of a wheel to other person. The penalty for transfer of a wheel at stay in the machine of the owner of the account will make 50 thousand rubles, and still transfer of the account will cost 150 thousand rubles if its owner was not in the car. Besides, all insurance responsibility completely lays down on the card of the user who possesses an account, warned in the company.

By the end of July, 2019 the technology is on a test stage and the first experiment started in St. Petersburg. In the future it can be extended to other cities of the Russian Federation.

Earlier in " Yandex.drive " there was a system which notifies on exceeding of speed. For repeated violations of the high-speed mode the algorithm limits access to service.[3]

In 2018 revenue of " Yandex.drive " made 1.13 billion rubles, and net loss — 550.6 million rubles, data from SPARK-Interfax base demonstrate. It is the first reporting under RAS according to which it is possible to judge indicators of the carsharing service started at the end of February, 2018. Separately "Yandex" does not select financial performance of this direction.

Recognition function by a multimedia system

On November 21, 2018 Yandex reported that the multimedia Yandex system. A car learned to recognize drivers and to apply their personal settings in different cars. This function earned for service of the Yandex car-sharing. Drive. Now after landing in the machine the person should not enter the login and the password: Yandex. The car will greet the driver by name, will load the chosen points from the Navigator and will turn on the personalized radio. Read more here.

On August 8, 2018 Yandex announced that in Yandex. The drive there were mobile gas stations — the cars equipped with tanks with gasoline. Refuellers will fill up as required tanks of machines that they were always ready to a trip and drivers it was not necessary to come around on gas station.

Screenshots (iPhone) of the application

All cars of the Drive refuel the certified AI-95 brand gasoline above. For distribution of mobile gas stations the service uses a special algorithm. It calculates for them optimal routes taking into account where there are machines Yandex. The drive and how many gasoline remained in each of them. These data arrive from the systems of telematics which supply all cars of service.

If the driver after all lacks gasoline, for example, on a distant trip, he will be able to service the vehicle due to service — using the Yandex application. Drive. To compensate independent gas station, service will add to the user bonus points which can be spent for lease of the machine.

Yandex Company started in February, 2018 in Moscow carsharing service " Yandex.drive ". Service gives the chance to users to rent the car for a certain term, as the driver at the same time the user acts. Service is available to the persons aged from 21 year having a driving experience not less than two years.

As well as in all carsharing services, process of receiving and return of the car in " Yandex.drive " is automated and does not require personal contact of the client with the employee of the company. Search and lease of a car is performed through mobile application. The application also shows to the user where there is the next machine and lays to it a route. To save time at the beginning of the trip, the client can turn on advance warming up of the engine far off.

Trips in " Yandex.drive " can be made both across Moscow, and on area. Upon termination of lease it is possible to leave the car in MKAD, in Khimki, Mitino, Krasnogorsk, in Northern and Yuzhnoye Butovo, Zhulebino, Novokosino and Sheremetyevo Airport. In the future the company promises to increase quantity of zones where it is possible to complete lease.

Vehicle fleet of " Yandex.drive " has 750 vehicles of the models Kia Rio, Kia Rio X-Line and Renault Kaptur. Cars of new service are equipped with the multimedia platform of " Yandex.car " to which the Navigator and " Yandex.music " are connected, all these services the user can use during the trip.

On December 8, 2017 Yandex announced service of constant lease of cars — Yandex. Drive. The beginning of work of service in Moscow - February, 2018. Service will have own vehicle fleet, on start it will consist of the cars Kia Rio, Kia Rio X-Line and Renault Kaptur.

For December 8, 2107 the application is available to iOS or Android. Registration in Yandex is required. Drive. Until the end of January, 2018 the registered users will receive 20% of the cost of the trips with Yandex. The taxi into the account in Yandex. The drive — it is required to specify that phone number which is used in the application of the Taxi in the questionnaire. In February and March, after start of the Drive, the saved-up money can be spent for car lease.