Yandex. The navigator — free mobile application for motorists which lays routes in a detour of traffic jams, helps to find the parking, warns about cameras, accidents and repair work.

The application lays routes on the car on GPS. The navigator considers traffic jams and road events, responds to a voice and prompts where to go. Works in Russia, Abkhazia, Azerbaijan, Armenia, Belarus, Georgia, Kazakhstan, Kyrgyzstan, Moldova, Tajikistan, Turkey, Uzbekistan and Ukraine.

On April 8, 2020 it became known of a full integration of all mobile applications of Yandex company in app store of AppGallery. Read more here.

2019: Start of navigation for trucks

On November 8, 2019 announced "Yandex" start of navigation for trucks. Function of creation of routes on a cargo framework of Moscow — streets on which it is authorized to cars from 2.5 to 12 tons to go — will earn in " Yandex.navigator " in December.

To construct a route taking into account a cargo framework, it will be necessary to include special setup in the Navigator. At a deviation from a framework, the navigator will warn that the driver needs permission, for example, for a congress on the adjacent street. 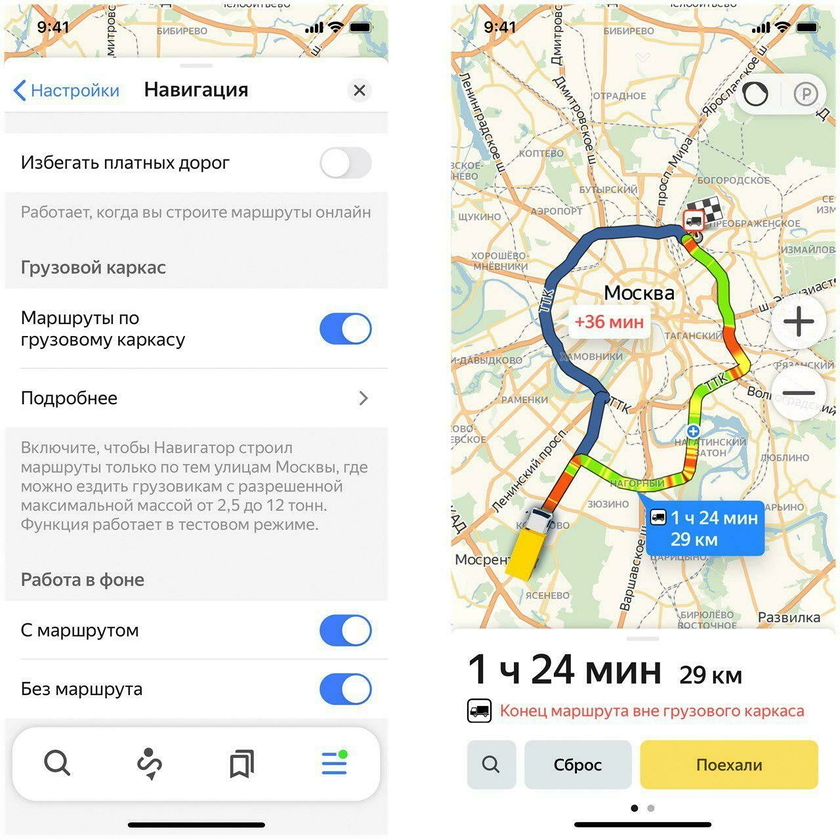 If the point of appointment is outside a framework, Navigator will warn where "the cargo framework" comes to an end, and will remind that special permission is necessary further, reported in "Yandex".

It is possible to build routes for trucks only with the Internet. If communication for a while was gone, and then appeared, the application will rebuild a route already on a framework.

Information on cargo frameworks will help business to build routes so that in time to come and to receive penalties for violation of a zone.

The cargo framework will also be considered at creation of routes in service " Yandex.routing " which the logistic, courier and other companies dealing with cargo transportation use. This innovation as declare in "Yandex", will allow business to use more effectively cargo transport when planning logistics.

Data on what streets are included into a framework, provides to " Yandex.navigator " the Center of the Organization of Traffic (COT). The application will consider new sections in process of their inclusion in a framework. After start navigation on a cargo framework will work in the test mode.

By November 8, 2019 the cargo framework works in three districts of Moscow (Northern, East and Northeast administrative districts). In December it will appear in the South-Eastern Administrative District.

Warning of cameras and road events

On October 25, 2017 the Yandex company announced that Yandex. The navigator began to warn about cameras and road events always, and not just in the maintaining mode on route. Hints can work in the background — when the application is contracted or the device screen is switched off. It is possible to include or disconnect hints in settings. 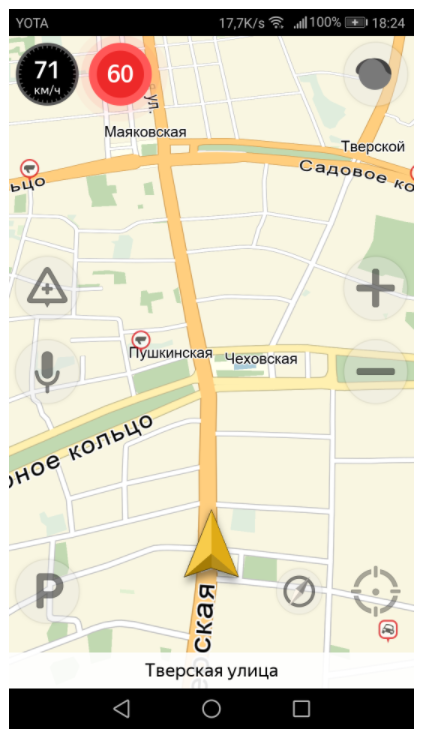 Receives data on accidents and a roadwork of Yandex from drivers. It is possible to mark an event on the map directly from the application, without taking away a hand from a wheel — it is enough to tell: "Listen, Yandex. There is a road accident. Add a tag". Learns about location of cameras of Yandex from different sources, including from users of the editor of Yandex.Maps and drivers noting cameras in the Navigator. If the tag is often confirmed, information on it is in addition checked then is fixed on the card. Thanks to this Yandex it is known about 20,000 cameras.


Accounting of motion speed of steams of cars 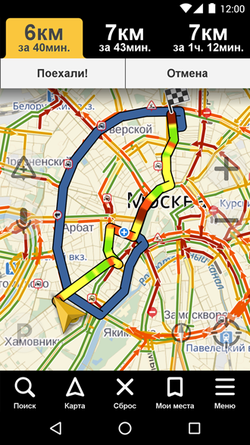 On October 2, 2017 the Yandex company announced that Yandex. The navigator began to consider the motion speed of machines in different flows of the trunk. It allows to define more precisely the fastest option of journey and to save to the driver a little more time.

As you know, the motion speed of machines in different flows of one trunk sometimes strongly differs — for example, a part of cars can get stuck in a traffic jam on a congress whereas other machines go directly without delays. The navigator analyzes the motion speed of each flow and considers it when calculating time of a trip. At the same time, it displays on the card load of the road taking into account in what flow the driver goes.

If on the way the Navigator detects faster route, he will offer it to the driver: in the latest version it is necessary to create applications for comparison of routes only two "clicks". The application will tell the driver about faster way if this option of journey saves more than five minutes, and before the necessary maneuver it is not less than a kilometer.

When choosing an optimal route the Navigator analyzes not only the current situation, but also history of traffic jams for the last several months. It allows to predict as the situation will change until the driver goes. The special algorithm on the basis of machine learning is responsible for the forecast.

The application is able to define deaf traffic jams also: if the Navigator understands that on some section of the road of the machine stop the movement, it shows warning.