"Why by bits and so long?" - the leadership of the Leningrad Region had questions to a regional data management system

2020: "Why pieces and so long?" - the leadership of the Leningrad Region had questions to a regional data management system

The leadership of the Leningrad Region at a meeting of the local government in a video conference format had on July 23, 2020 many questions to the course of creation of the regional data management system (RDMS). How this project moves, the Chairman of the Committee of digital development of the Leningrad Region Victoria Kuznetsova reported.

The Leningrad Region since 2019 is a participant of a federal experiment on creation of the national data management system (NDMS), Victoria Kuznetsova reminded. For this purpose in 2019 the agreement between the region, the Ministry of Telecom and Mass Communications and the Russian Government Analytical Centre was signed. RSUD should lead to "invisible presence of the state" regarding the self-performed algorithms of rendering state services, automatic decision making. Also it will be able to provide single information input by the applicant due to integration of RSUD with other systems, registers, databases. 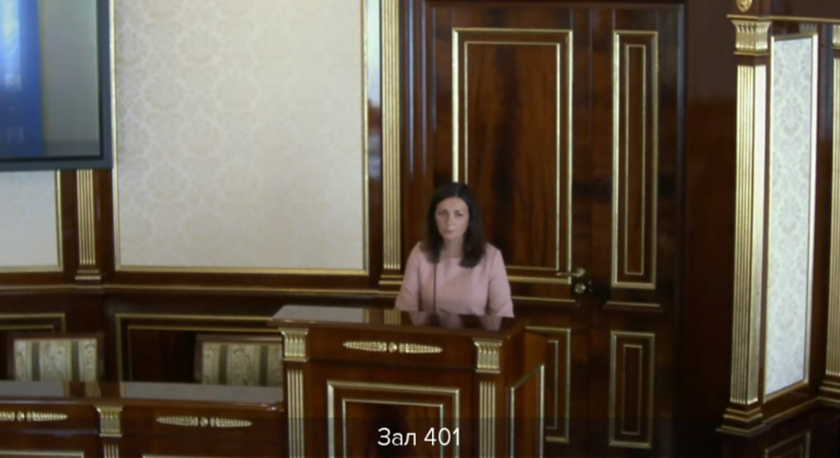 The foundation of work on automation of data exchange is already laid. Kuznetsova emphasized that not only the technology component, but also normative fixing of concepts, the principles, rules of work with data is important for further development of the project. The corresponding draft of the regional law which already 3 times changed the name because is quite difficult is prepared, the Chairman of the Committee of digital development of the Leningrad Region told. It should fix at the legislative level of the purpose, task of RSUD, the main participants and users.

The governor of the Leningrad Region Alexander Drozdenko according to the results of the Kuznetsova's performance had questions. He specified that at the end of 2019 the government contract approximately for 16 million rubles on the organization of process of collecting, storage and data processing within RSUD was concluded. According to the results of execution the Russian Government Analytical Centre prepared project technical documentation on creation of RSUD. And summer of 2020 one more placement of the state order for creation of RSUD for the amount of 49 million rubles is carried out. For what two government contracts are necessary? The governor asked such question, having emphasized that it is important to spend each kopek effectively.

Kuznetsova explained that within the first of them conceptual bases were created, requirements to data, the description of methodologies, and technology works were not carried out. And in 2020 creation of technology basis of a core of a system and its components is planned. But so far documentation to purchase is on completion since to it there were notes.

It is necessary to tell that on the website of the Netrika company which is based in St. Petersburg in the section of the executed projects the project on creation of RSUD in the Leningrad Region was registered. The company specified TAdviser that within this Netrika project really performed a number of works for the Russian Government Analytical Centre, however on that page on their website it was not quite correct the structure and an essence of works is reflected.

Were specified by project deliverables the concept of the project, the conducted research of 10 regional information resources is developed in interaction with industry committees, the formulated requirements for integration of RSUD with departmental information systems, design of architecture of RSUD and development of uniform base of the normative reference information (NRI) with storage of data models.

After a request of TAdviser the page with the description of this project was removed from the website "Netrika". What works were performed by the company, her representative did not specify TAdviser at the time of the publication of article. In base of government contracts the agreement on execution of works on the project connected with a data management system in the Leningrad Region where Netrika would act as the contractor did not manage to be detected.

At a meeting of the Government the governor also noted that creation of RSUD assumes passing of a number of stages: approval of uniform requirements for data management, plan of conducting examinations of regional information systems, etc. In 2019 had to inspect 10 systems, in 2020 – 30 systems. Alexander Drozdenko took an interest in results of inspections and also formations of the register of regional data which is the federal requirement.


Victoria Kuznetsova confirmed that in 2019 10 information systems among which a row large, and called fair notes on the legislation were inspected. It will be necessary to accept 3-4 government decrees on the designated subjects, she told, having added that the committee is going to make it until the end of 2020, having submitted for consideration in September. Kuznetsova noted that it is a new and difficult legislative initiative.

The vice governor of the Leningrad Region – the head of administration of the governor and the government of the region Igor Petrov put in a ward. He reminded that the federal law on NSUD was rejected by the State Duma and, according to him, the special regional law is not necessary because RSUD, in fact, is a rule set on which a system should work. These rules are developed and adopted by the government. They can be taken and applied, he told. 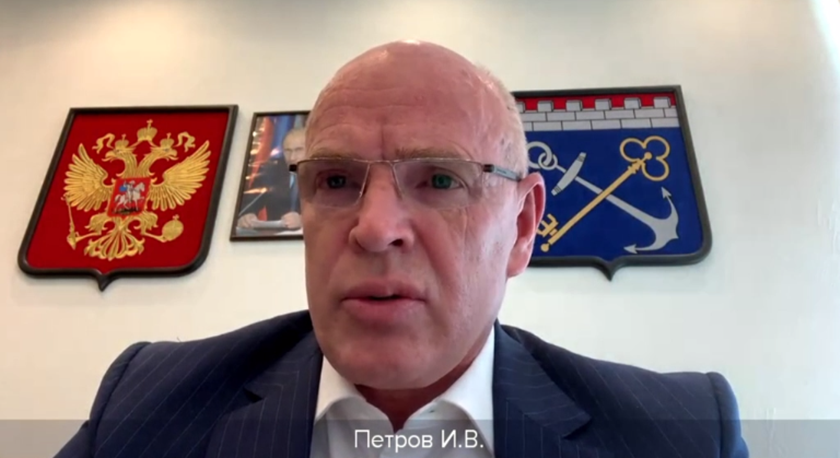 At Igor Petrov of notes to the course of the project arose even more, than at the governor (a screenshot of broadcast of a meeting)

Concerning the technical project and inspection of systems Petrov noted that all there are 86 systems which should be inspected. These are programs where the committee of digital development acted as the customer.


According to Petrov, it is necessary to write terms of reference on the platform solution at once: even if it would be more expensively, but it will be an end product. And the committee should be engaged in normative regulation, he considers.


The governor Alexander Drozdenko asked Victoria Kuznetsova to comment on these notes, but she was not in time – the microphone was quickly intercepted by the deputy chairman of the government of the Leningrad Region Dmitry Yalov who said that it is deeply submerged in this project. He, as well as earlier Kuznetsova, noted that according to the government contract in 2019 conceptual bases of a system were created, and the contract is successfully performed. And this year there are no other alternatives except how to create the platform.

And about normative regulation, Yalov told, nobody prohibits to adopt the relevant law at the regional level and to structure work with data. But this process will not be single-step, it will be permanent.

Victoria Kuznetsova added that anybody has no similar regional practice. The road map which includes terms and names of all necessary regulatory legal acts is prepared, and with this base it is going to deal until the end of 2020, she told.

In October, 2019 the Committee of digital development of the Leningrad Region concluded the government contract about 16 million rubles with the Russian Government Analytical Centre on execution of works on the organization of process of collecting, storage, information processing for ensuring unity of regional data of the Leningrad Region as a part of GIS Fund of space data, including for providing the public and municipal services in electronic form[1].

In August, 2019 the Leningrad Region was among pilot regions on implementation of experiments of the National Data Management System (NDMS). The relevant agreement was signed by the authorities of the region and the management of the Russian Government Analytical Centre.

The data management system will integrate in itself the methodological, legal, organizational and managerial, information and technology elements providing coordination at the federal, regional and municipal activity levels on processing of the state data.

The experiment will allow to increase quality and data availability of a federal information address system, in the register of voters and also the created digital analytical platform of Rosstat, calculate in administration of the Leningrad Region.