What information technologies are used for creating racing cars of Audi, Porsche and Ferrari 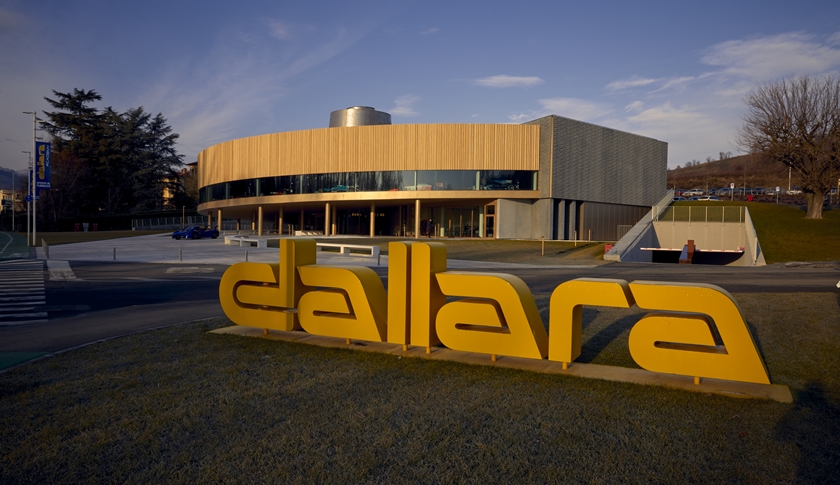 Dallara not from those brands which at all very famous, but in the world of motorsport it is well-known. A key field of activity of this company which is based in "the automobile valley" in the region Emilia-Romagna in Italy is production of the chassis for racing cars. Among her clients - Audi, Porsche, Ferrari, Lamborghini, Maserati, Bugatti.

Since 1988 Dallara released the chassis for the cars participating in the races Formula 1 for Italian team. Now the list of the competitions including the products made by it is submitted to Formula 2, Formula 3, IndyCar, Indy Lights, GP3, Super Formula, Formula E, WEC, ELMS and IMSA. And in the 2017th the company released the first own car - extralight sports Dallara Stradale. 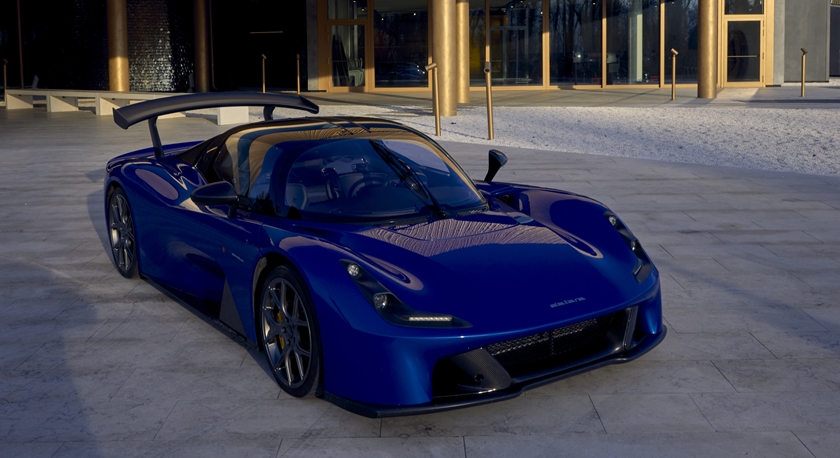 Being connected confidentiality agreements with clients, Dallara is quite closed and seldom shares details of internal "kitchen". But at the beginning of 2020 the company slightly opened doors for representatives of media to tell what technologies she uses for creation of the products. 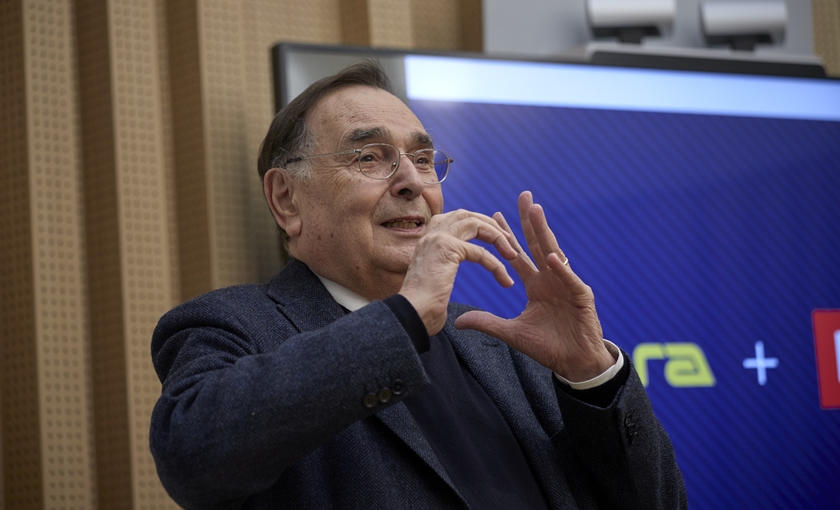 Dallara can make 1-2 chassis of racing cars a week. The development cycle of a new product, as a rule, takes 9 months from creation of the sketch before production. The chief executive of Dallara Andrea Pontremoli explained that in addition to directly production, competences of the company include development of composite materials and examination in the field of aerodynamics.

In racing sport the result comes down in speed. André Pontremoli provided data that 50% of performance of the car are provided here by aerodynamics, 35% - weight and 15% - the engine. Dallara does not work with engines, being focused on aerodynamics and works on reduction of weight of an end product. Thus, it deals with those factors which deposit to the final speed of the car is 85%.

In the company there is a special research center which is engaged in developments in the field of carbon fiber. This material is widely applied in end products of Dallara, its optimization allows to reduce car weight. For prototyping of products 3D-printers are used. 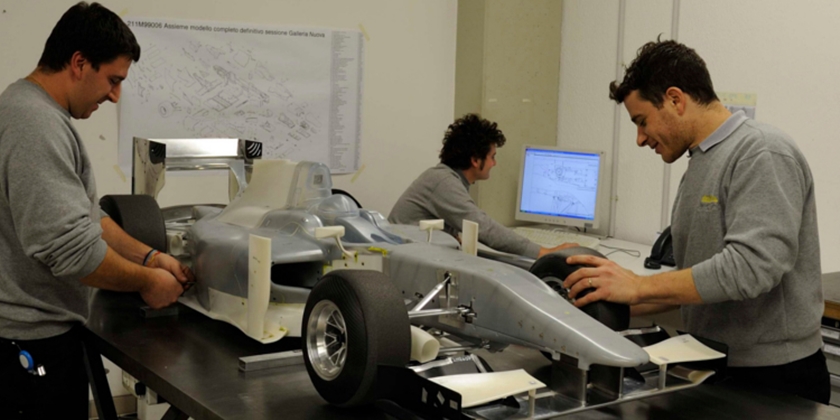 Creation of the reduced car prototype

The special software is applied to modeling of materials and the chassis. For example, for modeling of aerodynamics CFD (Computational Fluid Dynamics is computing hydrodynamics) packets are used. The wind tunnel is used to the tests of the chassis, subsequent to modeling. At the same time, when the company is faced very much by deadlines, the chassis can be started in production right after a modeling stage, passing the wind tunnel. Dynamics of the car is tested in the driving simulator.

Computational modeling plays especially important role in development of a chassis form, optimal in terms of aerodynamics. CFD allows to simulate physical conditions which it is difficult, and sometimes at all it is impossible, to reproduce in the wind tunnel. For such modeling special software packages are used. André Pontremoli says that in Dallara both the commercial CFD software products, and the software with the open code are applied.

Modeling in Dallara is used also for researches in the field of carbon fibers, and for creation of the chassis

The representative of Dallara cited software of Ansys and an open packet of Open Foam as an example. Also the solution Dassault Systymes Dymola allowing to integrate the models created in different software products is applied.

Use of the open source software requires existence in the company of own developers, André Pontremoli notes. He told TAdviser that the company has such command. Based on the Open source software, for example, modeling of road tracks, the most precisely approximate to real roads in different regions, for further carrying out virtual tests is carried out to Dallara.

It is remarkable that the artificial intelligence also is involved in CFD modeling in Dallara. The chief executive of Dallara explained that this technology is used to define the repeating patterns not to model repeatedly what was already simulated earlier.

Modeling in the company is referred to critical links in the scraper creation of new products.


At the same time in this process speed is critical: than large models it is possible to create for a certain period, that will quicker create and release a product. High-performance computing systems are for this purpose used. 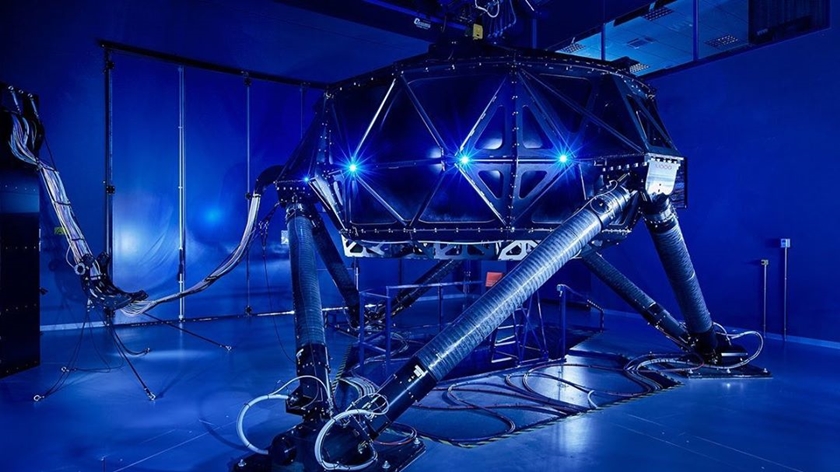 The driving simulator in Dallara

In Dallara modeling is performed on the NeXtScale supercomputer created by Lenovo with the assistance of two local technology partners. It is set on the platform Dallara. A system uses the computing Lenovo nx360 M5 nodes which represent the two-socket systems based on the Intel Xeon processors E5-2600V, and the software-defined solution for DataCore SANsymphony data storage working based on the Lenovo Storage 3700 V2 servers.

The general manager of Lenovo Data Center Group in Italy Alessandro de Bartolo told TAdviser that in addition to a CPU system also includes a quantity of GPU processors to which engineers of Dallara far off get access from the jobs. It is made for the purpose of increase in information security that the design of products was not kept on local PCs of engineers, he explained. At the expense of the VDI system unrolled by Lenovo, these specialists can work far off.

Supercomputer capacity in the company is not disclosed. But Alessandro de Bartolo reported to TAdviser that it does not concern the most powerful in Italy. The supercomputer, largest in the country, – Marconi - has performance about 10 Pflops and holds the 19th place in November rating top-500 the most powerful supercomputers of the world. It is set in consortium of the Cineca universities and is used for scientific and research tasks. This system is also constructed on the Lenovo platform. 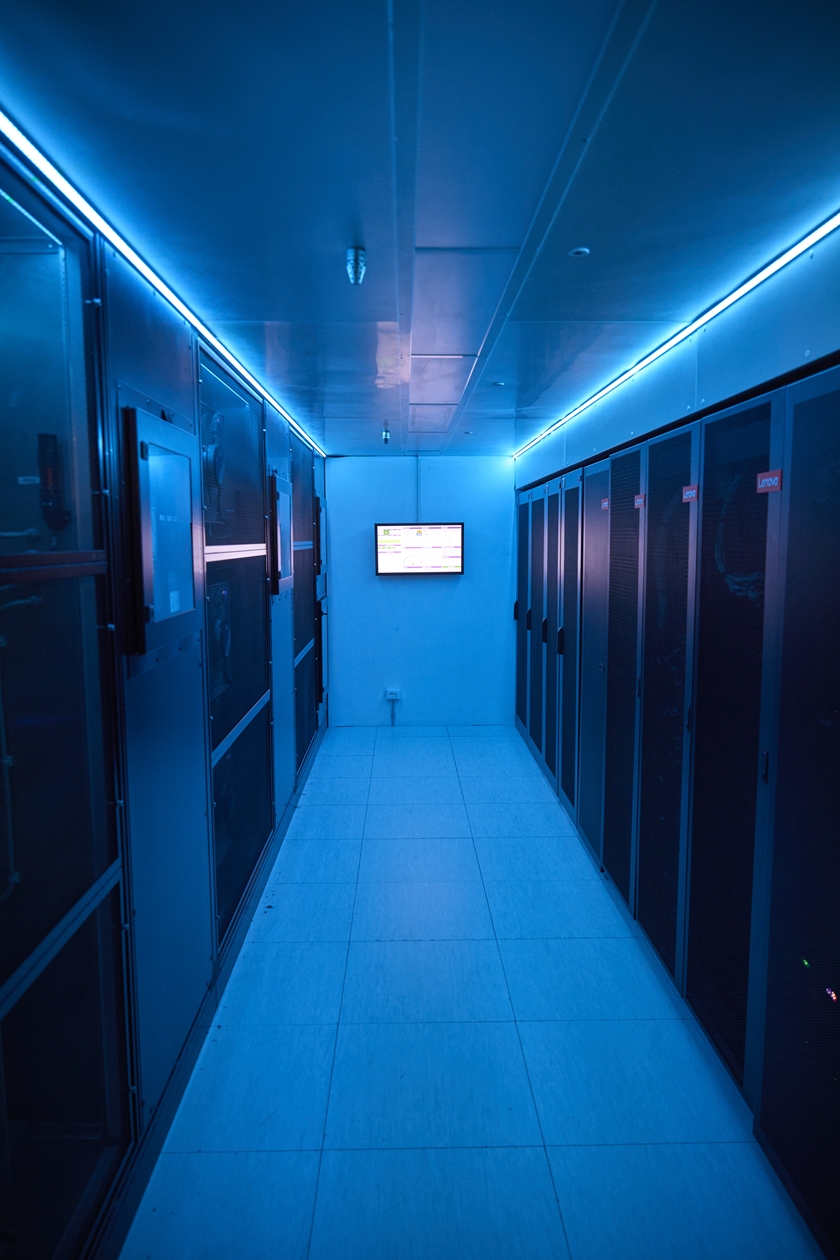 The supercomputer which Dallara uses for calculations and modeling

Speed of the Dallara supercomputer is enough to execute a certain aerodynamic modeling from 1.25 billion cells in 12 hours. The CFD models from 300 million cells are under construction in 2.5 hours against 5 hours earlier. It in the company is called huge improvement. Besides, there is an opportunity to start several simulations at the same time. Thus, different commands and departments do not need to wait to execute the calculations.

The examination and technologies acquired for years on creation and production of racing chassis, Dallara uses for business diversification now. If earlier about 90% of all its business were the share of the racing industry, then now it makes 60%, bring data into the companies.

Renders consulting and engineering services based on modeling and the Dallara supercomputer to clients from the different industries – from production of industrial robots to military airplanes. For example, its examination in the field of carbon fiber was used for creation of easier industrial robots who are used at the Coca-Cola and Philip Morris plants. André Pontremoli explains that reduction of weight of the robots working at production lines is capable to increase significantly volumes of the leaving products for unit of time.

The photo is Dallara, Lenovo