2020: Development of the concept of the national platform "Digital Agriculture"

LANIT-Integration developed the concept of the national platform "Digital Agriculture". Said it in Lanit on February 12, 2020.

Took the second place based on the tender for creation of the concept Lomonosov Moscow State University. In addition to it, three more organizations also participated in tender- Financial University under the Government of the Russian Federation ""High technologies and strategic systems" scientific industrial company "Management systems".

The time in which Lanit should was develop the concept, according to information of the tender, there was a period from October 25 to December 31, 2019.

It was not succeeded to study the text of the concept of TAdviser as in the Ministry of Agriculture and Lanit the document to the edition was not provided, without having explained what it is connected with and when the document appears in open access. 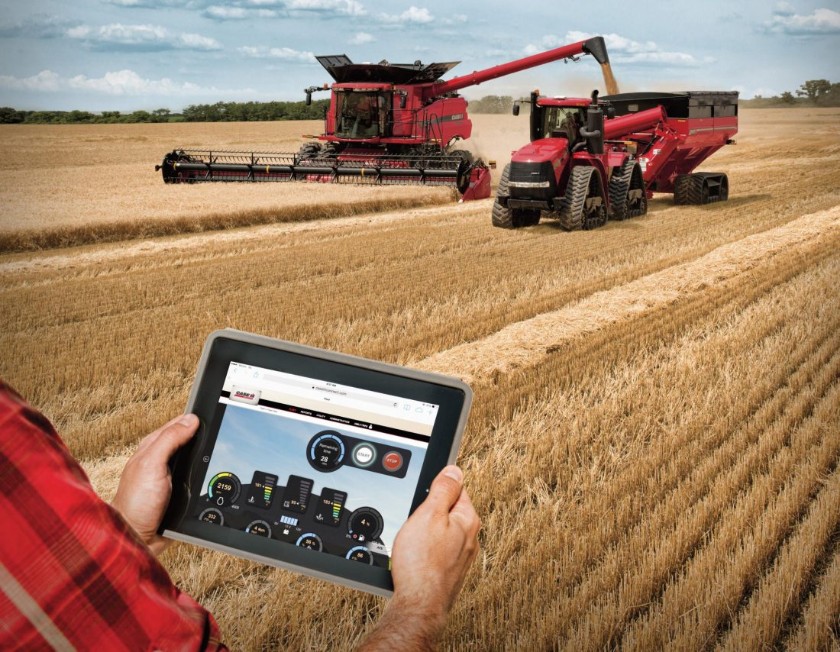 The platform will include more than 50 services necessary for management of the industry told in Lanit.

According to representatives Lanit, the concept assumes that the platform will include six subplatforms providing digitalization of the following fields of agriculture:

Having referred to the text of the concept, the chief executive of the center of strategic development and digital transformation LANIT-Integration Pavel Svarnik reported to TAdviser that the platform is required to be created in 2020-2024.


About what will be represented by these trunk initiatives it did not provide information of TAdviser.


The platform as told in Lanit, will include more than 50 services necessary for management of the industry. Pavel Svarnik gave TAdviser as examples of services of the platform two of them – solving problems of multiple-factor monitoring and modeling of development of diseases of crops and performing agrometeoforecasting function.

Services of the platform as noticed in Lanit, will be state and private. The last are meant as those which will get under management of the non-state organizations. In that case the operator, according to Pavel Svarnik, providing the industries popular services, will provide a certain quality level of services.

From the federal budget only services which are directed to the solution of national objectives of accounting, control and regulation in the industries will be financed. Whether those from them which will be under control of the non-state organizations will receive public financing, he did not tell TAdviser, having noted that formats of financing and management of the platform still should be created. Also, according to Svarnik, in case of the platform not its total cost will be calculated, and to be defined the price of creation of certain subplatforms and services.


Useful, first of all, services of the platform will become for agricultural producers, are sure in Lanit. In particular, they will allow operators to provide services in all territory of Russia. At the same time, Pavel Svarnik explained TAdviser that that service of the platform which owing to the rendered services has a geographical binding - for example departure of crew in the field - will not be able to be implemented at the same time by one supplier through the whole country.


Accounting by the document of data as one of key assets of the industry and its orientation to use of the modern principles of their collecting and processing was one of requirements of the ministry to creation of the concept as the director of the department of digital development and management of the state information resources of agro-industrial complex of the Ministry of Agriculture Alexander Arkhipov reported TAdviser.


Interaction of participants of agro-industrial complex electronically which the platform means by calculations Lanit, will allow to lay the foundation for new approaches to housekeeping. For example - exact agriculture and forecasting of productivity of cultures. In turn, the data aggregated by the platform will be able to increase transparency and predictability of processes for market participants and also to reduce risks of the financial institutions implementing issue of means of target industry programs.


At the same time, information collected by services of the platform, according to him, will be demanded also by the organizations of allied industries: suppliers of means of production and material resources, banks and insurance companies, buyers of agricultural products, logistic companies. Moreover, are sure of Lanit that the platform will become a basis for creation of the whole ecosystem of additional services and services for agro-industrial complex.

The Ministry of Agriculture developed the departmental project "Digital Agriculture" which is going to be implemented completely during the period from 2019 to 2024. The secretary of state – the Deputy Minister of Agriculture of the Russian Federation Ivan Lebedev during the enlarged meeting of scientific expert advice of the State Duma Committee on agrarian [2] said on October 17, 2018 [3] it[4]

According to Ivan Lebedev, the project budget will make 304 billion rubles. Other 152 billion rubles - from non-budgetary sources, namely, from agro- and IT-Business are going to receive a half of these means from the state as an additional subsidy.

As it appears from the text of the project available on the website of the Ministry of Agriculture, the ministry understands the agriculture which is based on modern methods of production of agricultural products and food using the digital technologies (Internet of Things, robotics, artificial intelligence, the analysis of Big Data, e-commerce, etc.) providing an increase in labor productivity and cost reduction of production as digital agriculture.

Project objective is digital transformation of agriculture due to implementation of digital technologies and platform solutions for ensuring technology break in agro-industrial complex and achievements of increase in productivity at the "digital" agricultural enterprises twice by 2024.

The project provides carrying out a complex of actions for implementation of digital technologies and platform solutions in agro-industrial complex. Within it the Ministry of Agriculture is going to implement to create and develop a number of software products, namely:

This platform, as noted in the project, will represent the digital platform integrated with digital subplatforms. It will be intended for management of agriculture at the regional and municipal levels.

Among the platform purposes - providing to an opportunity identification and the analysis of the point problems and conditions constraining development of digital technologies in agro-industrial complex of regions of Russia and also determination of the main and most perspective digital technologies for an agricultural producer.

Other purpose of the platform consists in accumulation of data of federal executive authorities on the agricultural land for their subsequent accounting, monitoring and analytics.

In the project is also declared that the Digital Agriculture platform will allow to construct work and will provide the system of an information access about the partner that, in turn, will give the chance quickly to carry out an inspection of the enterprises at the solution of serious questions, such as financing of the organizations and also their crediting and insurance. Besides, the platform will make possible remote control of quantity of the received product, its quality, processing process, movement and others transactions.

This module will be the subplatform of the national platform "Digital Agriculture" intended for increase in efficiency of activity of agricultural producers. Among problems of the subplatform there is an achievement of the following indicators:

Also the project provides creation of the industry electronic educational environment "Earth of Knowledge" for distance learning of specialists of the agricultural enterprises.


In addition to creation of software products, in the project progress the Ministry of Agriculture is going to train specialists of the agricultural enterprises, having created at them competences in digital economy.