On November 7, 2019 the Russian producer of Promobot robots signed with the Brazilian retailer Águia Real the agreement on delivery of 14 robots to total amount of $280 thousand. Devices will perform functions of consultants in points of retail sales of the company in Rio de Janeiro. Besides, they will help visitors of shops with navigation.

At the same time there is no need to adapt robots for residents of Rio de Janeiro – they are already trained in Portuguese as two devices were earlier delivered to other Brazilian company – Umbô which is engaged in providing in lease of robots to the large organizations for work at forums and exhibitions. The robots received from Promobot already work, told TAdviser in developer company.

Until the end of 2019 Águia Real will receive two Promobot V.4 robots. If the company assesses their work positively, then will purchase at the developer in 2020 12 more pieces, stated the commercial director of the retailer Joao Ferreira. Promobot explained TAdviser that results will be estimated by Águia Real on the volume of interaction of robots with people and to those comments which buyers concerning their work will give. 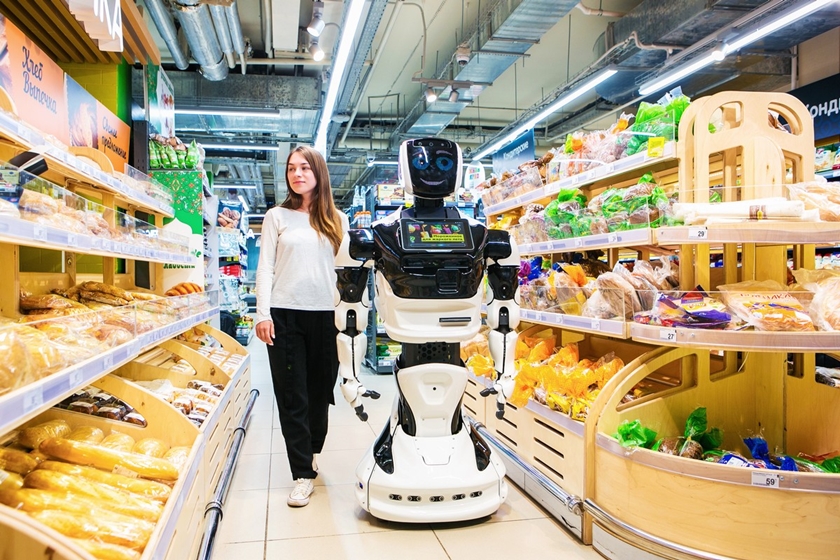 Promobot and Águia Real also consider the possibility of opening in the long term of the service center Promobot in Rio de Janeiro.


At the same time, in the company noticed that concerning the service center Promobot and Águia Real has no specific plans yet.


In addition to Brazil, Promobot robots as of November are used in Chile and Mexico. In Chile, in particular, the business owner who is engaged in lease owns the robot.


Besides, the Russian Promobot robots go to three more European countries. Earlier corresponding agreements are signed between Promobot and the companies from the Netherlands, Italy and Austria. The Swiss Advanced Robotics which in September, 2019 acquired exclusive rights on the Russian robots on all territory of the European Union will be engaged in distribution. The amount of these contracts — $275 thousand.