On July 29, 2020 in the Russian Railway announced the beginning of use of a blockchain in service maintenance of locomotives. It is about smart contracts which provide automatic exercise of the terms of the contract which are agreed on by both parties at its conclusion,  the CEO, the chairman of the board of the Russian Railway  Oleg Belozyorov reported during the meeting of council for interaction of the company with the enterprises of transport mechanical engineering.

Within a new blockchain project of the Russian Railway all data for report generation are unloaded from the single database of "The entrusted environment of a locomotive complex" which is daily filled up by both parties, and acts form automatically according to the uniform algorithm provided by the contract. Thus, according to Belozyorov, the human factor is completely excluded, it is not necessary to create monthly primary documents with the subsequent approval, all processes are automatically synchronized, and paper protocols are replaced with electronic documents. 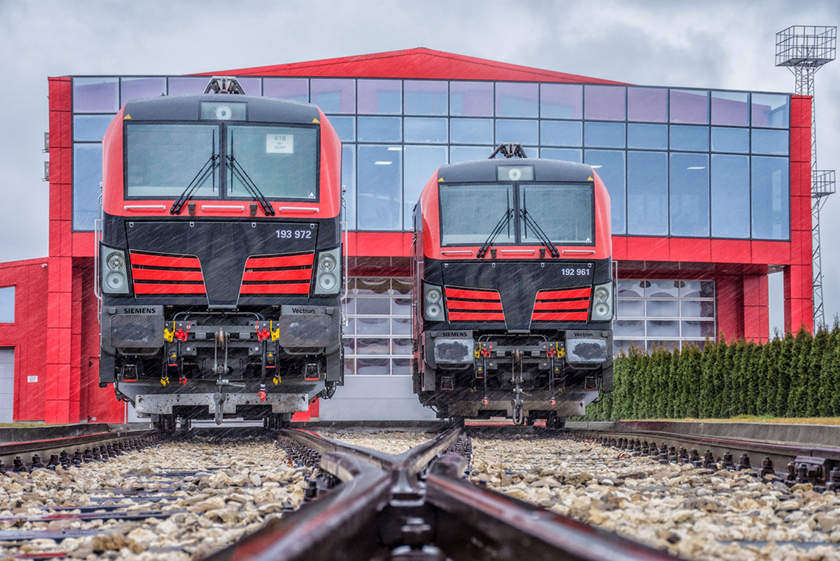 Main goal of an innovation in the Russian Railway consider increase in transparency and accuracy of the data on the basis of which finance documents form.

By the end of July, 2020 smart contracts are used more than in 100 locomotive depots and covers service maintenance over 10 thousand locomotives.

Speaking about the organization of service of the purchased equipment, Oleg Belozyorov emphasized that it is important to provide universal application of the diagnostic systems. In order that reliability of the locomotive increased due to timely warning of a possibility of technical failure, transition to predictive maintenance of locomotives is necessary.

{{the quote "In 2020 the share of engines of new generation of the operated park on network exceeded 50%. Will continue by the Russian Railway the scheduled course, including at the expense of the advancing updating of the locomotive park  — he noted.[1]}}

Beginning of implementation of smart contracts

On May 20, 2020 announced the Russian Railway the beginning of implementation of the smart contracts providing contractual maintenance of transport and logistic activity within regulations of the digital right. Such contract is considered automatically fulfilled when are executed all its condition: the load is transported, money is transferred, and participants have to each other no claims.

This project is implemented on Oktyabrskaya Railway. Preparation for it began in 2018 when for drawing up the scheme of actions and obtaining primary data integration with corporate automated systems  of the Russian Railway is carried out. 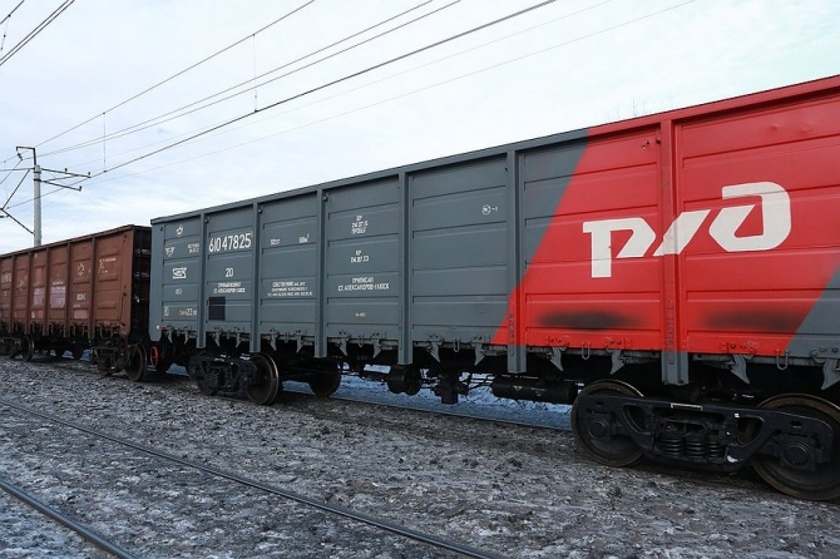 Then more than 40 technology transactions made during transportation were mastered including identical information display about process of delivery at all participants of the smart contract is implemented.

In 2019 test transportation using the mastered transactions of the smart contract between the Preport and New Port stations was performed. Also maintenance of container trains in the Preport directions – Avtovo, Nigozero – New Port, Nigozero – Avtovo and Pitkyaranta – New Port was organized.

In 2020 smart contracts will become even more functional, and the number of the terminals which are taking part in the project will increase. The possibility of contractual maintenance of transportation will be available, to 63 the number of technology transactions which can be displayed on the transportation course on a blockchain platform will grow. Among them there are those which assume emergence of the financial responsibility between the parties or determine the volume of obligations. It will allow to perform settlement when using technology of the smart contract.

Until the end of 2020 the Russian Railway is going to perform the first freight transportation with full use of this technology.[2]

2019: Tender on development of service

At the end of February, 2019 the Russian Railway announced competition on development of service of monitoring of smart contracts of freight transportation on The Distributed Register of Data platform. The cost of works is estimated at 40.4 million rubles.[3] 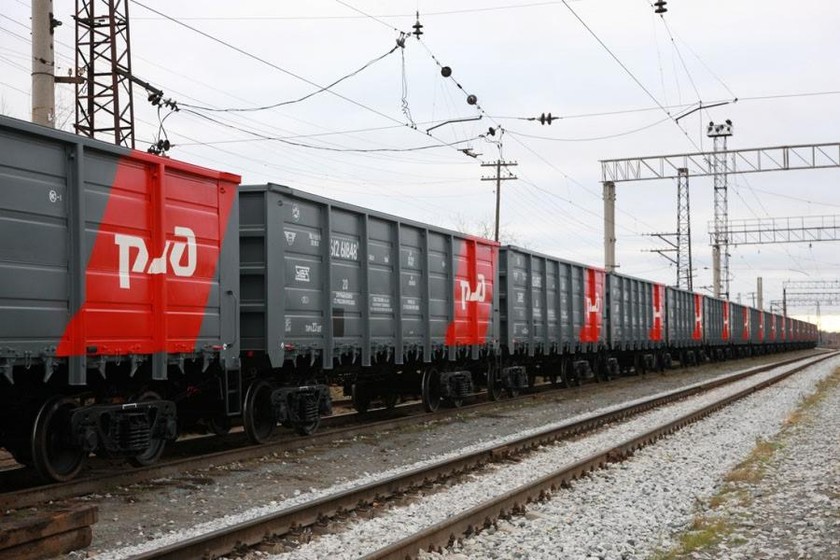 As noted in documentation of the Russian Railway, at the time of the declaration of tender processes of interaction between different external and internal participants of business processes "Transport and logistic activity" and Rail transportation (both systems, and users) are automated generally according to functional tasks of the participants providing uniform process Freight transportation. There are no general for all participants of the specified business processes the principles of confirmation and information storage on the performed operations.

Besides, information in automated systems on the made transactions for external (in relation to the Russian Railway) participants is more closed. There are losses and distortions of data in the course of their transfer and processing in the different systems, including there is also a human factor influencing accuracy of the information. Because of a large number of primary accounting documents requiring approval between participants there is a decrease in efficiency of document flow and, as a result, increase in time for acceptance of managerial business solutions.

With respect thereto there was a need for digitalization of business processes "Transport and logistic activity" and Rail transportation which are characterized by high degree of intensity of changes of an operational situation, the high level of uncertainty of emergence of events of external participants of business processes and low degree of trust between participants at implementation of operating activities.

Claims activities on ensuring execution by participants, including external, agreement obligations and to other regulating documents of the Russian Railway have huge scales and have routine character, are considerably dragged out on time, as a result, this situation leads to considerable and inefficient use of resources of holding.

The need for creation of the entrusted space for interaction between all participants of the transport market is also revealed. The specified environment should be based on the information database, uniform for all, providing for participants of freight transportation reliable information about a status of processes, the status and time of execution of procedures of operating activities. In the specified database it is necessary to fix all change history of this information which should be available to all participants of business process and also provide automatic calculation of the financial liabilities described in the smart contract upon approach of events (key/control points).

According to requirements of the Russian Railway, the created software should be implemented based on blockchain technology, using domestic solutions or products with the open code.

Developers need to implement software, including the following components:

All works should be performed till December 2, 2019. At the same time, not later than 20 working days before the planned works finish date, software it has to be given to an implementation polygon for carrying out trial operation.

As expected, the contractor of the project will be selected on April 9, 2019.

On November 29, 2018 Evgeny Charkin, the CIO of the Russian Railway, at the TAdviser SummIT conference told about the course of digital transformation and plans of holding. The blockchain technology was one of subjects of his performance.

According to him, the Russian Railway already started project implementation, connected with this direction. One of them, pilot, consists in creation of the entrusted environment of a carriage complex. Within one blockchain platform integrated the Russian Railway, owners of the carriage park and the car-repair enterprises. At the expense of it the cycle of search of a possibility of carrying out repair is considerably reduced, the transparency of information increases and the possibility of unfair actions, for example, of a counterfeit decreases. Gradually the platform is going to be broadened for other areas.

One more pilot project about which Charkin told is connected with transition to smart contracts on a blockchain.


You look also the Blockchain and cryptocurrency