TOR vs coronavirus: how to suppress COVID-19 with electromagnetic waves

For almost two years, humanity has been fighting the new coronavirus infection. The pandemic imposes huge restrictions and claims thousands of lives every day. Obviously, in such conditions, scientists do not stand aside – they are constantly working on the creation of means to suppress the coronavirus and its prevention. Based on the long-term experience of Soviet and Russian scientific thoughts, the specialists of Granit Concern have discovered previously unknown possibilities of electromagnetic influence: scientists have proved that using this method dramatically accelerates the death of the COVID-19 pathogen. The result of the work of the concern’s team is the creation of the TOR apparatus.

Positive impulses of the twentieth century

Back in the early 1960s, the first samples of electrical equipment, with the help of which scientists created electromagnetic pulses for use in various experiments, appeared in the Soviet Union. In 1965 the academician Nikolai Dmitrievich Deviatkov, who worked in the Friazino Science City near Moscow, put forward the idea of a specific effect of high-frequency waves on living organisms and established biological systems. Speaking at a session of the USSR Academy of Sciences in 1973, Deviatkov announced the results of his experiments, which aroused huge interest in scientific circles. His report was also perceived with interest by the authorities – the academician and his group received comprehensive support for the research program, including for medical purposes. 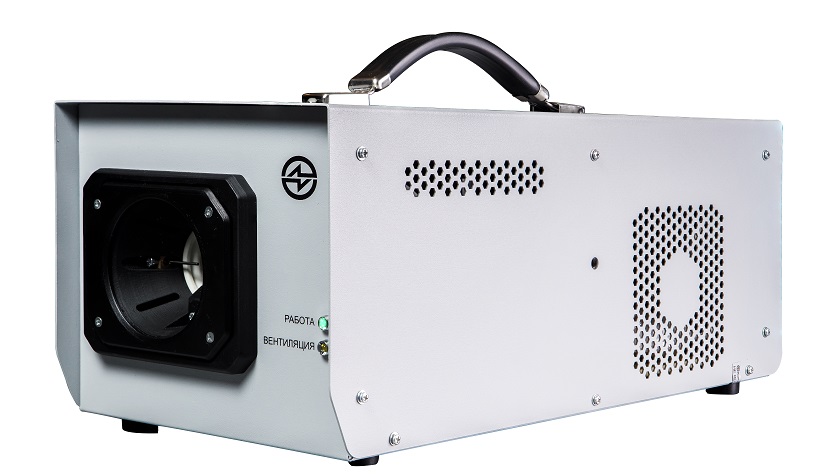 As a result of scientific experiments that lasted until the 1990s, N. D. Deviatkov and his students formulated a number of hypotheses explaining the biophysical mechanisms of the effect of high-frequency electromagnetic generators on biological systems. Thus, by the end of the twentieth century, the foundations of new methods of non-drug therapy had been laid in our country.

A new period of studying the effect of high-frequency electromagnetic fields on living tissues began in 2016, after scientists had discovered babstones (Bubbles Stabilized by Ions) in aqueous ionic solutions – stable gas nanobubbles ranging in size from several tens to several hundred nanometers. Biophysicists were also able to find a way to simulate the processes occurring on the cell surface.

Polymer analogues have been developed to simulate the conditions of operation of the membrane of a living cell. A striking example is the Nafion™ membrane, the structure of which is as close as possible to the natural membrane of a living cell. Thus, polymer fibers (`hairs`) on the surface of Nafion™ are structurally very similar to glycocalyx, a supramembrane complex involved in the formation of contacts between cells.

The scientists of Granit Concern JSC conducted a number of experiments with membranes. The polymer membrane was placed in a Ringer solution, which was affected by an electromagnetic field. The study recorded a change in the ionic conductivity of the membrane. During the experiments, a hypothesis was put forward that explained the effect of the electromagnetic field on the cells of living systems. Subsequently, it found confirmation.

Under the influence of electromagnetic radiation (EMR), complexes of nanobubbles, the so-called bubston clusters, are formed in ionic solutions, including in blood plasma. These bubble clusters are excited under the influence of EMR and as a result independently emit electromagnetic fields that can affect the structure of the cell wall, changing its conductivity for various pathogens, including viruses. The method of influencing the permeability of the cell membrane to pathogens by dynamically changing its electromagnetic characteristics was called the term `noise pollution`.

Based on the works of the academician N. D. Deviatkov and modern studies of electromagnetic fields on living cells, the scientists of Granit Concern JSC have developed the TOR apparatus. Its functional purpose is remote noninvasive therapy with weak electromagnetic treatment. 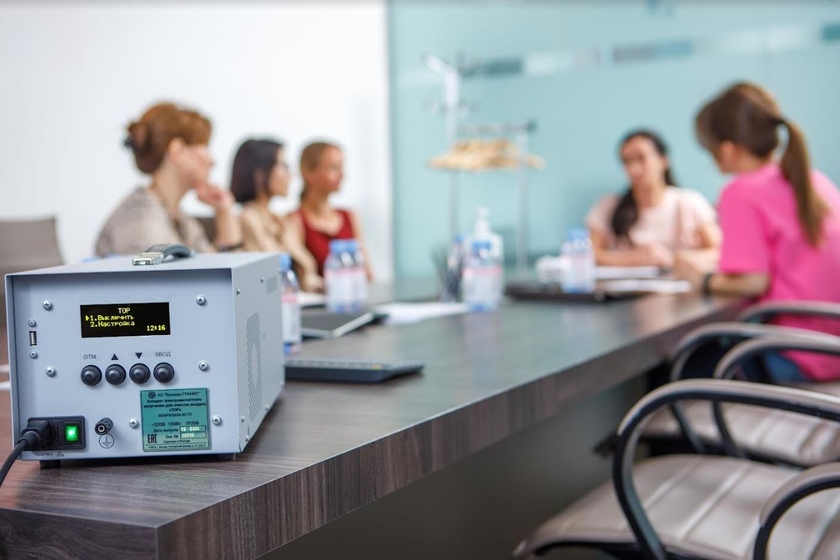 The device creates an electromagnetic background, which leads to the suppression of COVID-19 activity. The impact of the device leads to the suppression of the virulent properties of the coronavirus, pathogens cease to develop intensively, which gives the human immune system the opportunity to cope with the infection more easily. The electromagnetic treatment received from the TOR device retains the effect for some time. Therefore, it is not necessary to be constantly under the influence of the device, the regularity of therapy is important, the developers explain.

Efficiency of the apparatus

The apparatus was tested in the clinics of Samara State Medical University of the Ministry of Health of Russia (SamSMU), where its effectiveness and safety were confirmed. Granit Concern shared the test results. A noticeable improvement in the condition of the vast majority of patients from the test group was observed already on the fifth day of therapy using the TOR apparatus. People with the confirmed diagnosis of COVID-19 were under the remote influence of the device for only two hours a day, as a result, on the fifth day, a negative value of PCR tests was noted in 87% of participants. Viral load indicators decreased by five or more times compared to groups without exposure to the TOR apparatus: control and placebo. The developers also claim that the use of the TOR apparatus enables to reduce the severity of the post-COVID syndrome, which affects at least half of those who have had COVID-19 in severe and moderate form.

For more than a year, the TOR apparatus has been installed, and is successfully operating, in the Vladivostok Clinical Hospital No. 4. The hospital staff noticed that patients began to recover from COVID-19 faster than in other hospitals. In general, about 30% of all patients cured of COVID-19 in Primorsk Krai have been in the clinical hospital No. 4.

There are no contraindications for using the TOR apparatus, it is suitable for all categories of patients, including children, pregnant women and people suffering from chronic diseases. Among medical equipment, the risks when using the TOR apparatus are lower than those of an electrocardiograph. The energy flux density of the electromagnetic wave (EW) is only 2.3 µW/cm². The effect of electromagnetic radiation in closed rooms is no stronger than in the open air. 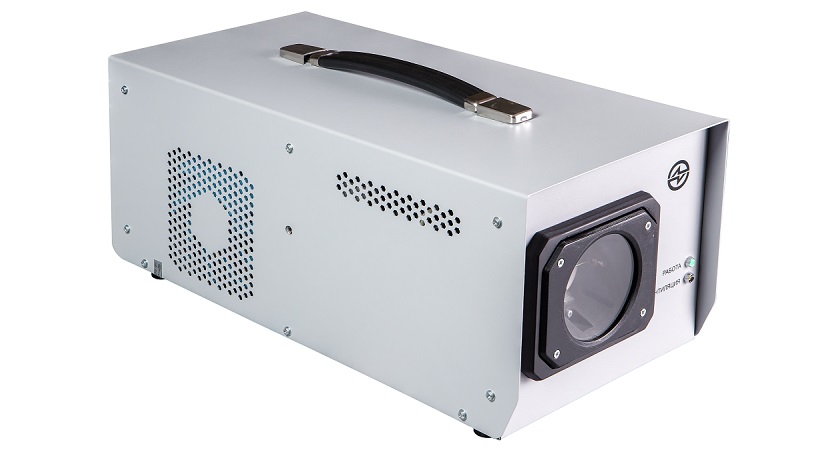 Prospects for life and business

In addition to clinics, the TOR apparatus can find mass use at many other facilities. It will be effective at transport infrastructure facilities (train stations, airports, metro stations), at HoReCa enterprises (hotels, restaurants, cafes, clubs, etc.), as well as in places of work and leisure of people (offices and administrative buildings, shopping and entertainment centers, production and logistics complexes). By using the device in crowded places, businesses and authorities can preserve people’s health and lives, and contribute to supporting labor productivity.

The TOR apparatus is registered in the list of medical devices of Roszdravnadzor, has the certification of Rospotrebnadzor and is allowed for use in administrative, residential and industrial premises, on transport and in open spaces.

The apparatus is certified by the Eurasian Economic Union and meets the safety requirements for medical equipment. Serial production of the TOR apparatus and their mass use in public places can become an effective means to overcome the pandemic and contribute to the normalization of the lives of citizens of our country.