Stockmann is a Russian fashion retailer specializing in segments from "medium" to "premium."

Sber refused to buy the Stockmann store chain due to sanctions

On May 12, 2022, it became known that Sber refused to buy the Stockmann chain of stores, the cost of which is estimated at 1-1.5 billion rubles.

As a source in investment circles told Kommersant, the deal could have failed due to Western sanctions that were imposed on Sber. Data Insight partner Boris Ovchinnikov, in a conversation with the newspaper, agreed with this version and noted that the presence of a sub-sanctions bank in shareholders limits work with brands from Europe and the United States. 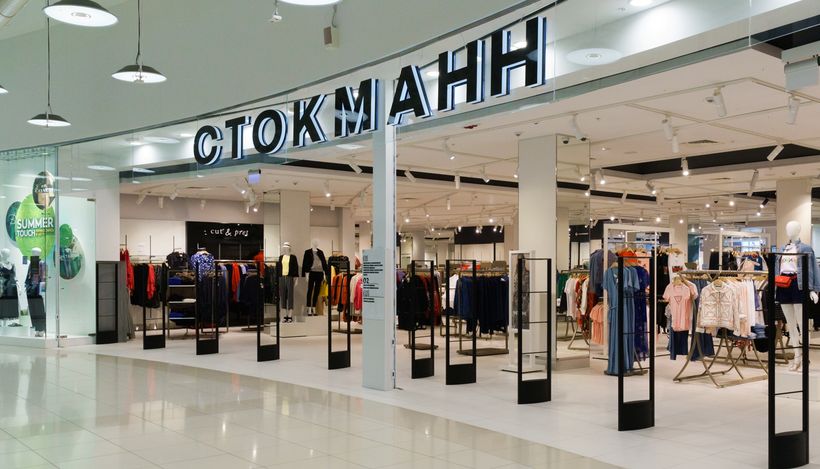 Sber refused to buy a chain of Stockmann stores

The press service of Sber told TASS that the deal was canceled by mutual agreements. Sbermegamarket will independently develop the fashion direction, Stockmann will remain a partner in the marketplace. Stockmann CEO Gennady Levkin, in a conversation with Kommersant, noted that Stockmann works on all leading marketplaces as a merchant, including at Sbermegamarket.

According to a Kommersant source, initially Sber expected to conclude partnerships and transactions with companies in those categories where it had the least competencies. This was part of their development strategy. By May 2022, all plans related to growth have been suspended and are subject to revision, the source added.

The fashion segment was poorly represented at SberMegaMarket, they did not have large sales, says Boris Ovchinnikov. SberMegaMarket specified that the category is one of the most dynamically growing: in the first quarter of 2022, the number of orders increased by almost seven times year on year. The representative of Sber said that now they plan to develop the direction of fashion on their own.

It will be difficult to find another Stockmann buyer, says Olga Sumishevskaya, partner of One Story. According to her, in the new conditions, Sber is forced to get rid of or revise its attitude to non-core assets.[1]

Opening stores in Russia under their own trading brands

At the end of April 2022, it became known about the creation by the Russian company Stockmann of its own trading brands, under which the retailer will open new stores. Stockmann has registered domains for the following brands: Aurana, Bellucci, D. Molina, Marco Di Radi, Peter Jorgen, Sabrina Scala and Ugo Cardicci.

As the general director of Stokmann Gennady Levkin told Kommersant, separate clothing chains with stores in shopping centers and marketplaces will develop under these brands. "Several tens of millions of rubles" have already been spent on their development, he said, without naming the exact amount of investment. According to Levkin, we are talking about several tens of millions of rubles.

File:756467362216300.jpg
At the end of April 2022, it became known about the creation by the Russian company Stockmann of its own trading brands, under which the retailer will open new stores. Stockmann has registered domains for the following brands: Aurana, Bellucci, D. Molina, Marco Di Radi, Peter Jorgen, Sabrina Scala and Ugo Cardicci.

It is planned that the first major project will be the Bellucci chain of women's clothing stores. The retailer wants to open about 50 stores under this brand in Moscow, St. Petersburg and Yekaterinburg - negotiations are underway with several shopping centers on renting premises. Levkin estimated the cost of opening one store at least 4 million rubles, therefore, the initial investment may amount to about 200 million rubles. The Bellucci network will operate in the middle price segment. Chains under other brands of the retailer are planned to open by the spring of 2023.

Stockmann, when launching new networks, will use a partnership with the Sbermegamarket marketplace, which will allow it to analyze demand and support sales, experts interviewed by the publication believe. However, the main problem for starting new projects is the low availability of loans due to high interest rates. According to Mikhail Burmistrov, general director of Infoline Analytics, Stockmann will claim the premises of outgoing medium-sized companies, such as the Polish LPP.[2]

Sber and the owner of the Russian STOKMANN, Yakov Panchenko, signed an agreement of intent on the joint development of the fashion segment in the Sber ecosystem, which announced this on January 26, 2022. The parties intend to sign a binding agreement on the acquisition by Sber of a 100% stake in STOKMANN in the first half of 2022 after a comprehensive investment audit, obtaining the necessary corporate approvals of the parties to the transaction and approval from the FAS of Russia.

As of January 2022, the company operates in Russia, representing more than 600 brands in categories: clothing, shoes, goods for children, goods for home. In Russia, Stokmann has 12 offline stores: in Moscow, St. Petersburg, Yekaterinburg and Murmansk. The monthly audience of the site stockmann.ru 1.5 million visitors.

It is planned that STOKMANN and the multi-category marketplace SberMegaMarket will become strategic partners and will be integrated with each other. Combining the expertise of companies will strengthen Sber's position in the e-commerce industry, multiply GMV fashion's share of the total turnover of ecom services of the ecosystem, as well as realize a number of new opportunities for the development of the segment.

I am sure that the development of the fashion category in the Sber e-commerce industry will become one of the key drivers of growth. Our actions coincide with the global trend to build qualitatively new omnichannel services in this category that is most important for buyers, }}

Шаблон:Quote 'author = noted Yakov Panchenko, Chairman of the Board of Directors of STOKMANN.

As Yakov Panchenko added, the eCom segment is developing rapidly. There are more and more convenient online services for customers. The company believes that real omnichannel fashion retail can no longer limit itself to sales points in the offline and online store - it is necessary to give the client the opportunity to make purchases where it is convenient for him. Including on the marketplace.

Fashion for us is one of the most priority and fastest growing categories, despite the fact that we began to actively develop the segment about a year ago. The number of orders for clothes, shoes and accessories in the fourth quarter of 2021 is 9 times higher than in the same period of 2020. The strategic partnership with STOKMANN will not only expand the range on the marketplace at the expense of brands of the middle and premium segments, but will also open up a range of new opportunities for multi-channel sales. We hope that this is the beginning of a long and mutually beneficial cooperation, thanks to which the GMV fashion segment of the total turnover of the marketplace in the future of several years will be about 20%, }}

The company's turnover in 2021 amounted to 10 billion rubles.

In 2018, an online store opened, which became an important fact in the history of the company and made it possible to develop the click & collect direction.