Severstal
Chairman of the Board of Directors 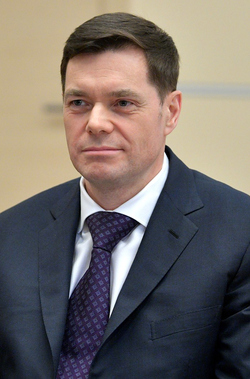 Alexey was born on September 26, 1965 in the city of Cherepovtsey, Vologda Oblast.

In 1988 he graduated with honors from the Leningrad Engineering and Economic Institute. Palmiro Togliatti.

Since 1988, he began working as a senior economist in the workshop, head of the bureau of economics and labor organization of the repair and mechanical workshop No. 1, deputy head of the planning department at the Cherepovets Metallurgical Plant.

In 1989, he completed a six-month internship at the Austrian steel company VoestAlpine.

In 1992, he took the position of Director of Finance and Economics of the Cherepovets Metallurgical Plant.

1993: Privatization of PMK - creation of Severstal

In 1993, at the stage of privatization, he created a subsidiary Severstal-invest. 76% of its shares belonged to Mordashov personally, and 24% to Severstal OJSC, into which the Cherepovets Metallurgical Plant was transformed. Subsequently, Mordashov bought up Severstal shares and gained control of the enterprise.

In 1996, he began work as the general director of Severstal.

2000: Member of the Presidium of the Russian Union of Industrialists and Entrepreneurs

In 2001, he headed the RSPP working group on Russia's accession to the WTO and customs policy reform. By that time, it controls the main media of Cherepovets and the Vologda Oblast:

In 2001, he received an MBA from Northumbria University Business School (Newcastle, UK).

Honorary Doctor of St. Petersburg University of Engineering and Economics (since 2001) and Northumbria University (since 2003).

In 2002, as a result of the restructuring of Severstal, by decision of shareholders, the managing company Severstal Group CJSC was created.

In 2002, Mordashov left the post of general director at Severstal OJSC and took a similar position at Severstal Group CJSC.

In 2002, simultaneously with assuming the post of general director, he became chairman of the board of directors of Severstal OJSC.

From 2003 to 2004 he was a member of the Council on Entrepreneurship under the Government of the Russian Federation.

In 2004, he was elected a member of the board of directors of the New York East-West Institute.

He joined the Council on Competitiveness and Entrepreneurship under the Government of the Russian Federation.

Member of the expert council on public-private partnership and investment at the Ministry of Culture of the Russian Federation.

He takes part in the boards of trustees:

Since 2006, he has been a member of the Council of Business Cooperation of Russia and the EU. Member of the International Advisory Council of the Atlantic Council.

In 2006, he returned to the post of General Director of Severstal OJSC.

In May 2006, Mordashov agreed to exchange 87.5% of Severstal's shares for 38.5% of Arcelor, the second largest metallurgical company in the world. However, the merger fell through: Arcelor's board of directors unanimously ruled in favor of a deal with another large metallurgical group - Mittal Steel, led by Indian steel tycoon Lakshmi Mittal. Then many observers considered this decision politically engaged, that is, intended to deliberately create obstacles to the entry of large Russian business into the world arena. However, one of the main failures brought Mordashov wide fame.

2020: Creating an ecosystem from its assets "in the spirit of Amazon"

Severstal owner Alexei Mordashov plans to continue investing in the consumer sector and create an ecosystem from his assets similar to the one that Amazon has. The businessman said this in an interview with Bloomberg, excerpts from which were published on January 20, 2020. 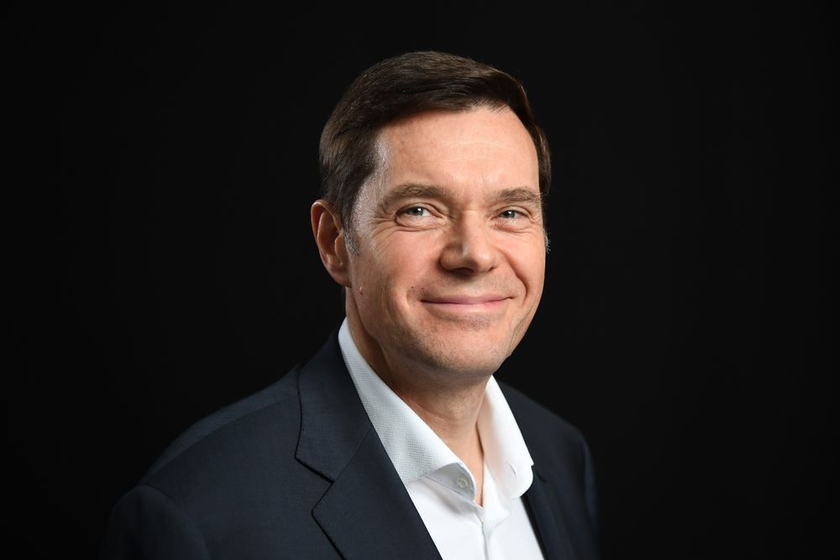 According to TASS, citing a representative of Severgroup, we are talking about combining the grocery retailer Lenta, the online hypermarket Utkonos, the travel company TUI (in it Mordashov owns 25% of the shares) and the technology company TalentTech. At the same time, the company did not specify the timing of the creation of such an ecosystem.

In the field of education, Mordashov is considering the possibility of creating an online university, in medicine - expanding the geography of the work of the Severgroup-owned network of AVA-PETER clinics.

According to Bloomberg, earlier the businessman allowed an increase in the share in TUI AG to 30%, but by January 20, 2020 there are no such plans. At the same time, Alexei Mordashov indicated that the tour operator could engage in the construction of hotels.


By January 20, 2020, Mordashov ranks fourth in the list of the richest Russians Forbes. In 2019, the magazine estimated his fortune at $20.5 billion. Its main asset is 77% of Severstal metallurgical holding. Bloomberg reports that almost half of Alexei Mordashov's fortunes are projects that are not related to his main business.[1]

Sanction and transfer of shares to TUI Group

In March 2022, the German authorities began an investigation into the transfer of a large stake in the largest leisure company in Europe, TUI Group, Alexei Mordashov, who is under Western sanctions.

Tui said on March 18 that the German government is investigating the transfer of 29.9% of its stake in the travel group by Mordashov's holding company Unified.

The deal took place on February 28, the same day that Mordashov fell under EU sanctions in connection with Russia's military operation in Ukraine.

Withdrawal from the capital of the National Media Group

May 11, 2022 it became known about the withdrawal of Alexei Mordashov from the capital of the National Media Group (NMG). This was reported by Bloomberg and RBC. According to the latter, the owner of Severstal sold the share of NMG a few months ago.

According to Bloomberg, the deal was initiated before the start of the Russian special operation in Ukraine on February 24, 2022, and completed after. The publication estimated Mordashov's share in the media company at $30 million. 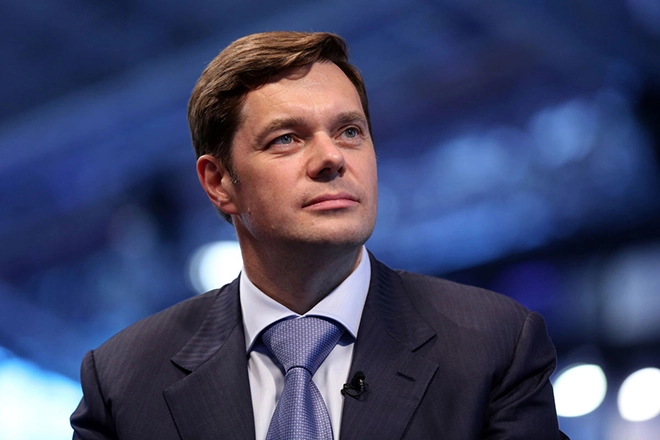 Mordashov withdrew from the capital of the National Media Group

Who bought NMG shares from Mordashov and at what price is not reported. The structure of shareholders of the National Media Group, current by May 11, 2022, is not disclosed; as of 2015, Alexei Mordashov owned 26.2%. At the end of February 2022, Alexei Mordashov fell under EU sanctions, and NMG and its television channels were mentioned among the justifications for imposing restrictions.

Brussels believes that NMG television channels "actively support the policy of the Russian authorities to destabilize Ukraine." After the imposition of sanctions, Mordashov himself said that he did not understand this measure.

By May 2022, Forbes estimates Alexei Mordashov's fortune at $13.2 billion. As the magazine wrote in April 2022, the businessman was among those whose fortune for the year decreased the most.[2]

In April 2022, Forbes magazine published a rating of the richest Russians. Alexey Mordashov took fifth place in it with a fortune of $13.2 billion.

On April 6, 2021, Forbes magazine published an annual ranking of the richest people on the planet. Alexei Mordashov's fortune is estimated at $29.1 billion, he took first place in the ranking. More details here.

On September 22, 2021, Forbes magazine presented an updated rating of Russian billionaires, in which it estimated the "real, live money" received for the sale of assets or in the form of dividends for 2020, and not the value of assets owned by entrepreneurs. Alexey Mordashov, according to analysts of the publication, in 2020 earned $1.7 billion and took first place in the ranking of billionaires. More details here.

In 2014, Alexei Mordashov ranked 12th in the ranking of the richest businessmen in Russia.

As of 2016, he is the richest person in Russia according to Bloomberg.

In the Forbes ranking of 2017 - second place in Russia and 51 in the world with capital of $17.5 billion. In July 2017 - the first in the ranking of the richest businessmen in Russia.

It ranks second in the ranking of the Russian-language version of Forbes "The richest businessmen of Russia - 2011"[3]. Alexei Mordashov's fortune is estimated at $18.5 billion.

From the first marriage:

From the second marriage:

From the third marriage:

In December 2021, it became known that Alexei Mordashov deprived his sons of assets. He became the owner of 100% of KN-Holding, which through Unified controlled owns almost 100% of Russia's fifth gold miner NordGold, as well as 34% of TUI's tour operator.

Earlier, KN-Holding was owned on an equal footing by the sons of Mordashov - 22-year-old Kirill and 21-year-old Nikita. They received shares in the family business in 2019, when they were students of Moscow universities.